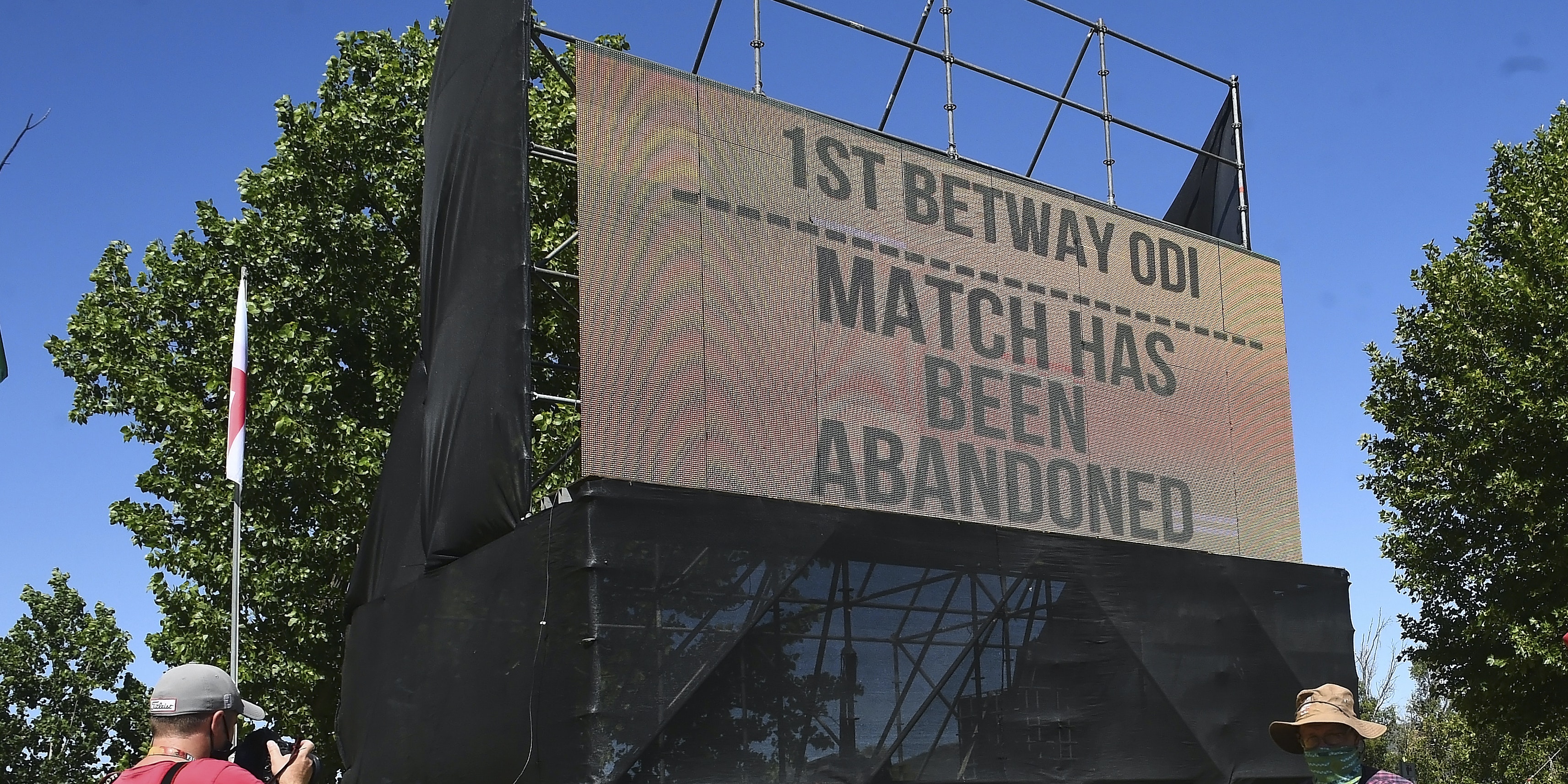 England’s tour of South Africa is in danger of being abandoned after further coronavirus chaos forced planned matches on Sunday and Monday to be called off.

England tour of South Africa on the verge of collapse

The one-day international series has now had three successive false starts, with the opening fixture postponed on Friday following a new case in the Proteas squad.

The teams had initially agreed to resume in Paarl 48 hours later but those hopes were dashed when it emerged two individuals in the English party had also tested positive, as had two members of staff at the teams’ shared hotel in Newlands.

England’s medical team, led by Dr Moiz Moghal, have arranged for their positive tests to be independently analysed in a bid to determine whether the original results are accurate rather than so-called ‘false positives’ and both affected individuals will have new PCR tests as well.

The teams had once again been listed to take the field on Monday in Cape Town but both boards agreed that was no longer an option with growing uncertainty over how, where and why the virus was spreading inside what has been billed as a bio-secure environment. One of the two infected hotel workers has been in regular contact with the tourists, adding further cause for concern.

A joint statement from the respective boards read: “The second one-day international between South Africa and England, which is due to take place at Newlands, Cape Town, will now not take place on Monday 7 December.

“The decision has been taken by Cricket South Africa (CSA) and the England and Wales Cricket Board (ECB) whilst they await the outcome of the independent ratification of the two unconfirmed positive Covid-19 tests from the England camp and the continued health and well-being of both playing groups.

“Once the findings of this review have been received, CSA and ECB will then discuss how best to proceed concerning the remaining two matches of this ODI series.”

The best-case scenario would involve England getting the all-clear and two games taking place back-to-back on Tuesday and Wednesday.

In the event that their positives are confirmed it seems certain that the tour would be over and discussions would instead turn to quarantine and isolation. Both individuals, who are thought to be asymptomatic at present, would need to remain in their rooms for a total of 10 days following their diagnosis, so could not join Thursday’s charter flight home.

The ECB would also need to identify anyone who qualifies as a close contact – defined as spending 15 minutes or more in an indoor environment without social distancing – and isolate them similarly. With several players having spoken out recently about the problems of bubble fatigue, that would be a wholly undesirable turn of events.

An additional concern exists for Jason Roy, Sam Billings, Tom Curran, Liam Livingstone and Lewis Gregory, who all have deals in the Big Bash League and were due to travel straight to Australia.

Ashley Giles, managing director of England men’s cricket, is travelling with the team and will take the lead on any discussions with ECB chief executive Tom Harrison joining from England.

Giles said: “The welfare of the players and support staff is our primary concern and whilst we await the results of further tests the medical advice from both teams was that this game should not take place. We remain in constant dialogue with Cricket South Africa and will continue to work closely with them to determine how best to move forward.”