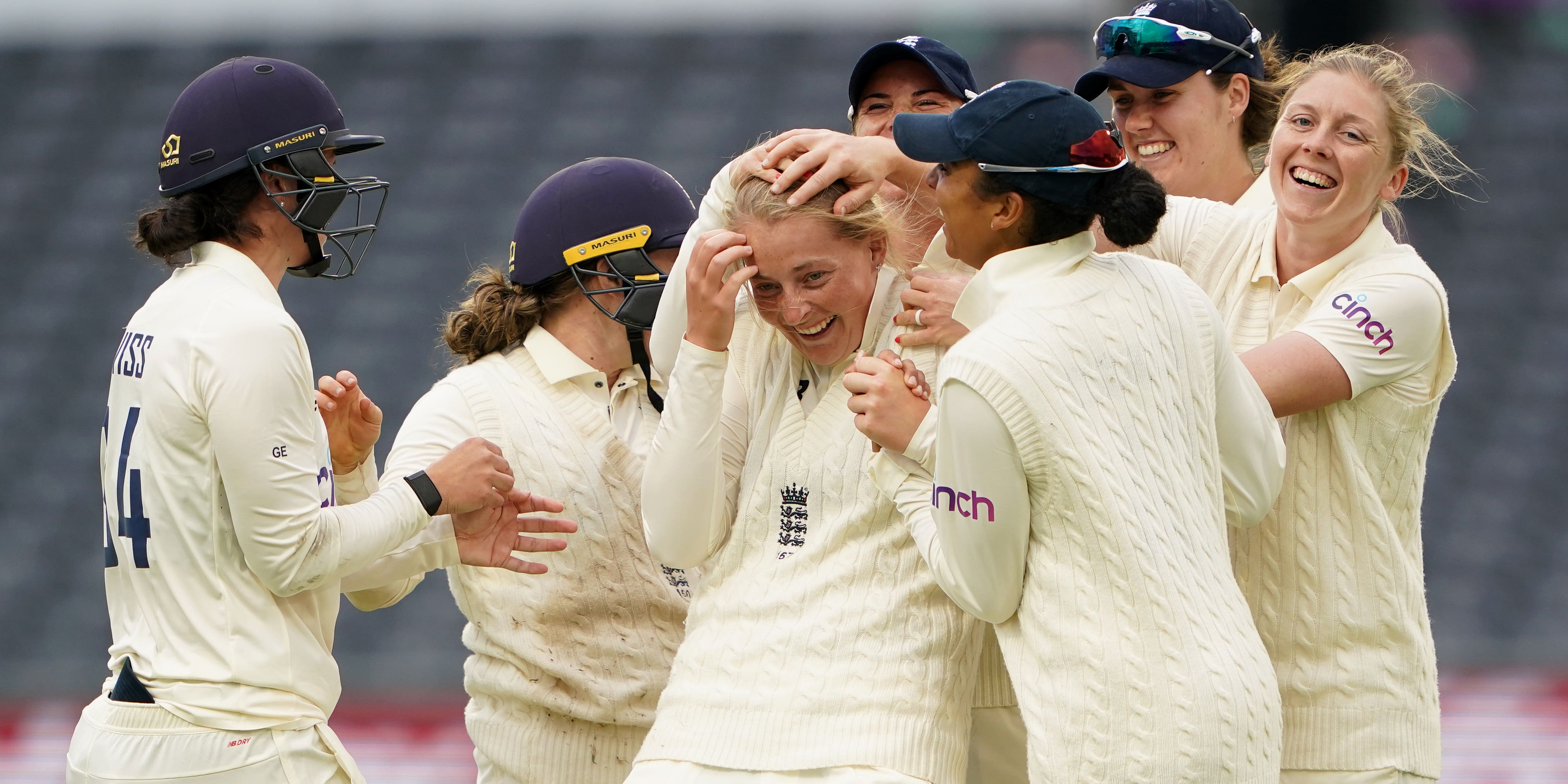 England took five wickets for 16 runs in the final 45 minutes of play to take charge of the one-off Test against India in Bristol.

Seventeen-year-old Shafali Verma was dismissed just four runs short of a momentous century for India and her dismissal sparked the collapse which gave England a 209-run lead.

The future is bright

It was heartbreak for Verma, who scored 96 opening the batting for India before she mistimed a drive over the top and picked out Anya Shrubsole as Kate Cross made the debut.

On England’s side, 22-year-old debutant Sophia Dunkley brought up her maiden Test half-century in the morning session and was 74 not out when Heather Knight declared with England 396 for nine. It was an impressive display from Dunkley, who was only awarded her first central contract earlier this month.

After striking 95 with the bat in England’s first innings, Knight’s decision to bring herself on to bowl in the final hour of play proved a crucial one as she went on to take two wickets for just one run in a six-over spell.

India’s spinners had looked the more dangerous of their bowling options in the first innings, but England had included just one front line spinner, Sophie Ecclestone, with Mady Villiers and Sarah Glenn both included in the wider squad, but not included in the final XI.

It was a difficult task for England’s seamers, but Knight and Ecclestone found decisive breakthroughs at the end to gain control.

It had been the key focus before the match started, after Knight revealed the day before that the strip designated for the Test match would be one used by Gloucestershire in a T20 a week previously. The decision was widely criticised and the England and Wales Cricket Board issued an apology.

Although it did not play a significant role on the opening day, Thursday provided a flat track that did not offer anything to the seam bowlers, with very little movement from the red Kookaburra after the first few overs.

However, after the dismissals of the opening pair, England began to dominate.