England vow to go down fighting 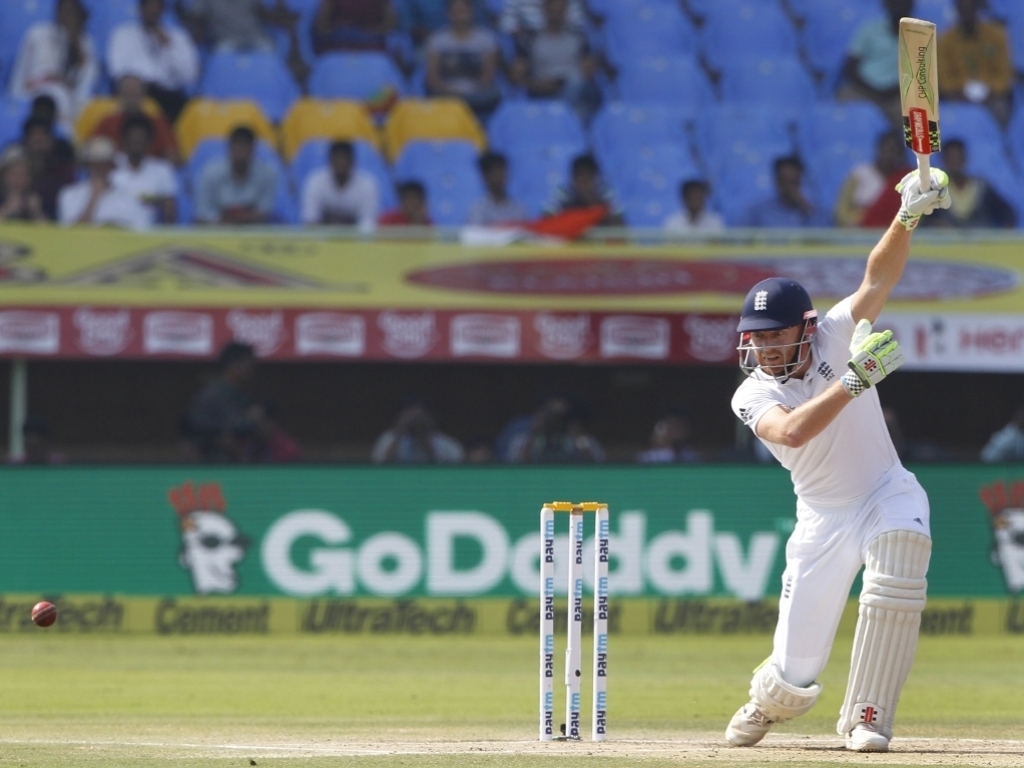 Wicketkeeper Jonny Bairstow says England will fight until the very end of the second Test against India in Vizag.

England fell 200 runs short of India’s first innings total but Bairstow insists they aren’t out of the game just yet.

He said: “We’ll try to chase down whatever’s set.

“I think there are runs to be had on the pitch. That gives us confidence. Everyone can see a bit of uneven bounce. If a ball’s got your name on it what can you do? You just grit your teeth and bat on.

“We’ve shown before we can bat for long periods of time on sub-continental pitches. We’ve got people within our batting line-up who are able to score the runs, whatever that may be.”

After day two assistant coach Paul Farbrace hit out at the lack of fight shown by England and Bairstow and Ben Stokes showed plenty of backbone as they put on 110 for the sixth wicket but when they went England crumbled.

“Whether that’s in the first innings or the fourth innings. Fight comes in many different ways – in the bat, with the ball, in the field.

“In the field it can create more opportunities. We showed some nice fight today and taking three wickets in the evening session was a strong comeback from us.”

Bairstow was left red-faced as he tweaked his knee while walking out to bat and the images immediately flooded social media, the keeper explained what happened: “I tripped up and made myself look like a wally. My spike got stuck in the grass.

“I ended up looking a bit like an idiot but I really hurt my knee. But I should be fine. It was sore. It’s one of those things. I don’t think it affected me too much.”