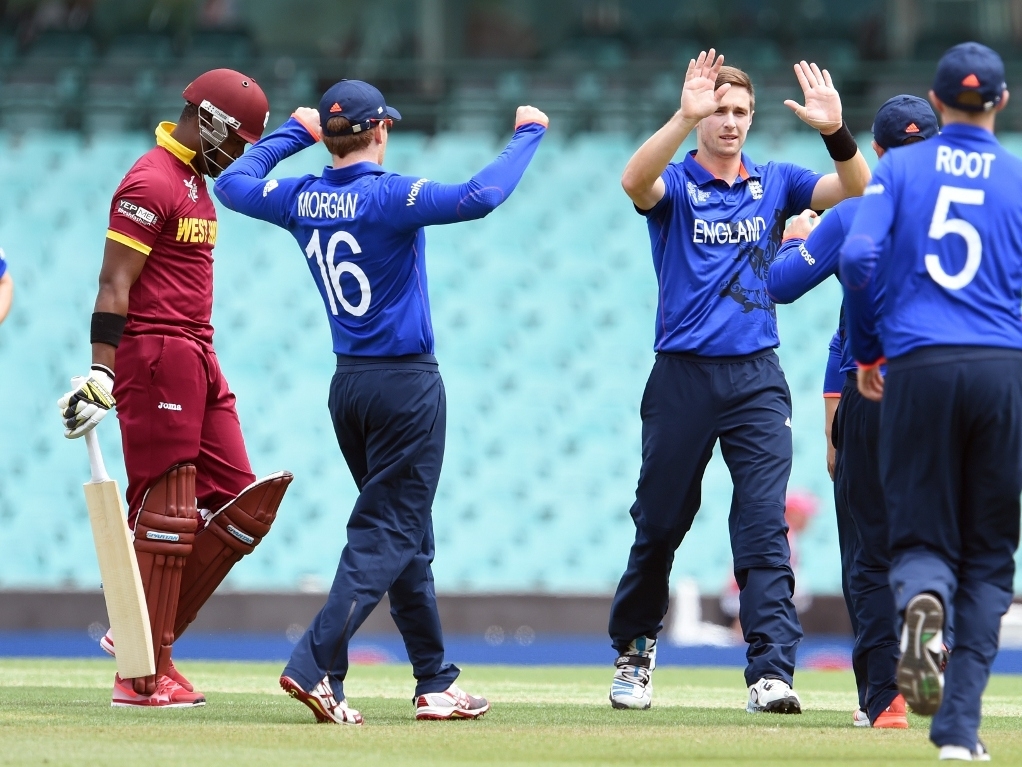 England routed a sorry looking West Indies side by nine wickets in World Cup warm-up match at the SCG on Monday, to take a lot of confidence into their clash with Australia on Saturday at the MCG.

England, who have already been in Australia preparing for the global event by playing in an ODI tri-series tournament, chased down a paltry target of 123 for only the loss of Moeen Ali, who scored a quickfire 46 from 43 balls.

Ian Bell and number three James Taylor comfortably saw the English to their victory target in the 30th over, with opener Bell unbeaten on 35 and Taylor finishing on 25.

Chris Woakes was the destroyer in-chief for England as he ripped through the Windies batting line-up to claim five wickets, including two in two balls.

Right-arm seamer Woakes got Chris Gayle and Darren Bravo in consecutive deliveries, on his way to amazing figures of five for 19 in just more than seven overs.

Lendl Simmons was the only West Indies batsman to show any meaningful resistance as he made 45 batting at number six. The Caribbean Islanders need to improve drastically if they want to compete at this year's showpiece tournament, as they already come off a crushing defeat on tour to South Africa.

They start their campaign against Ireland at the Saxton Oval in Nelson on Monday.