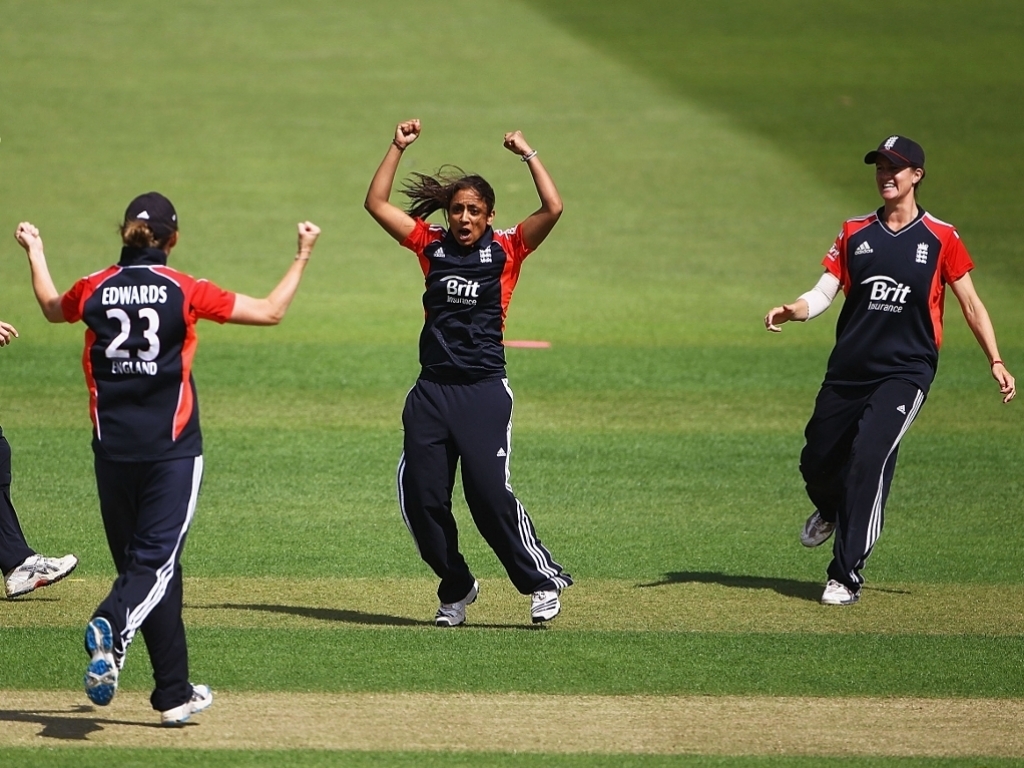 ICC Women’s World Cup winner Isa Guha insists England face a stern challenge if they are to lift the trophy for a fourth time this summer – with opponents in blistering form also gunning for the title.

Following on from the ICC Champions Trophy, which gets underway on Thursday, the ICC Women’s World Cup kicks off on June 24 with fixtures taking place in Taunton, Derby, Leicester and Bristol.

Hosting the tournament for the third occasion, England have never lost the final on home soil, and will be hoping for more of the same when this year’s edition culminates at Lord’s on July 23.

Medium-pacer Guha, who retired from international cricket five years ago, was a member of the World Cup winning squad in 2009, the last time England were victorious in the tournament.

And with captain Heather Knight at the helm, Guha insists the current team have what it takes to go all the way – but she admits it won’t be an easy journey to the top.

“I think it’s going to be wide open in both tournaments, the men’s and the women’s. England are playing some really good cricket, and it’s exciting to watch,” said Guha, speaking on behalf of Nissan as the Nissan Trophy Tour visited the capital.

“In the women’s game, it really is wide open in terms of who will get to that final at Lord’s. It’s almost a melting pot of different communities when you come to London.

ALSO READ: Going to be a very open World Cup

“It’s really good to see the women’s tournament come back to England. I unfortunately never got to play in a one-day World Cup here, but I did get to play in a World Twenty20, which was very special to all of us.

“The fact that the final this year is being played at the Home of Cricket will be incredible, and we’re hoping for a sell-out.

“Australia, you would say, are the favourites coming into this tournament. They’ll be hurt by not winning the World T20 so I think they will be hungry for success.

“England, under the leadership of Heather Knight, will be wanting to prove something, especially on home shores, while New Zealand are always a bit of a dark horse.”

With less than a week to go until the ICC Champions Trophy gets underway, the Nissan Trophy Tour visited Dulwich Cricket Club on Saturday as its journey around the country draws to a close.

In a game against Banstead Cricket Club, Dulwich’s Under-12s prevailed by nine wickets to win tickets to the ICC Women’s World Cup final at Lord’s.

Later in the day, Guha was present to watch a team from London Tigers also secure tickets to the final, and she couldn’t have been more thrilled to see so many youngsters enjoying their cricket.

“It’s always great to see kids playing the game. I’ve just come back from working out in India and literally everyone is playing it on the streets, it’s pretty much in front of your face at all hours of the day,” she said.

“In England, it’s less so, so it’s nice to be able to come out and see young kids getting involved with cricket.

“It’s a very inclusive sport, and I’ve also seen a couple of girls getting involved with the boys which is always nice to see, so it’s great to be here.

“It’s always good to have a tournament where you can welcome the likes of India, Bangladesh and Pakistan and other South Asian countries, but also the likes of Australia, New Zealand and South Africa.

“They’re big nations on the world stage so it’s great to see them coming together and playing in such a wonderful tournament.”