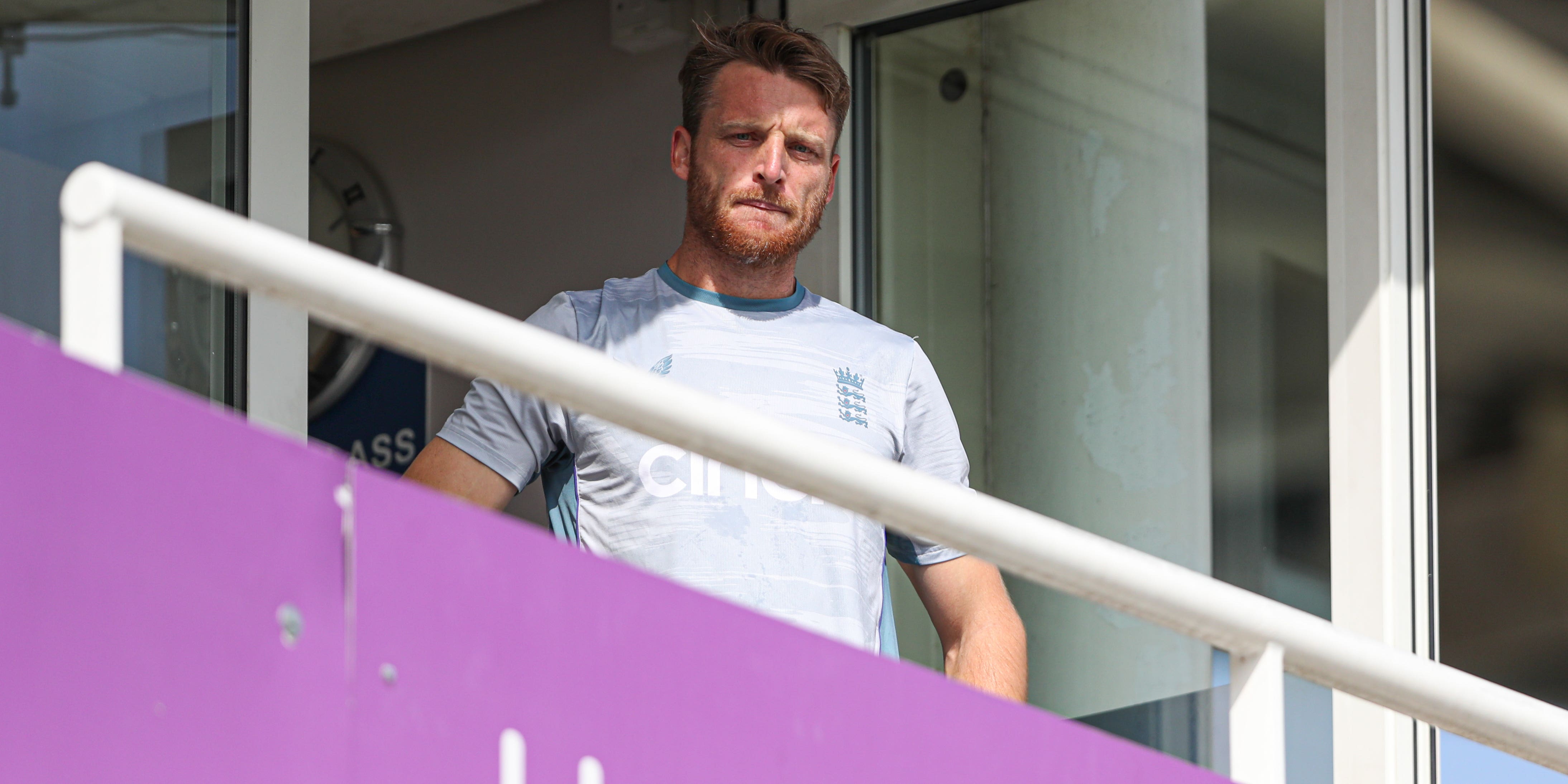 White-ball captain Jos Buttler is “chomping at the bit” to help England push for victory in their Twenty20 series against Pakistan but head coach Matthew Mott insists there will be no gamble over his fitness.

Buttler has been out for five weeks with a calf injury sustained during The Hundred but decided to travel for his side’s trip to Karachi and Lahore to continue his rehabilitation and bed into his relatively new partnership with Mott ahead of next month’s T20 World Cup.

England’s tournament does not start until October 22, when they face Afghanistan in Perth, and Mott has made it clear that having Buttler ready for that date is the overwhelming priority.

Buttler is eager to get back on the park, with the scores locked at 2-2 after four entertaining encounters, but he is not being considered for Wednesday’s fifth match and is not even guaranteed to be ready by the time the series wraps up.

“With regards to Jos, he’s still a while off,” said Mott after Sunday’s tense three-run defeat.

“He’s not a player we want to take a risk on this close to a World Cup and it was a reasonably significant injury that he had.

“He’s chomping at the bit for a game but we’ll just try and see how we go. Maybe in the last game or two he might be a chance.”

Jacks is one of three debutants to make their bow in the series, joining seamers Olly Stone and Luke Wood.

England have already used 16 of their 20 travelling players, with two more uncapped options waiting on the sidelines in the form of Jordan Cox and Tom Helm.

That reflects the nature of a visit that is as much about blooding new talent as it is fine-tuning experienced hands like Adil Rashid and stand-in captain Moeen Ali.

“When we picked this team we had an eye to the World Cup but to the future as well,” explained Mott.

“That’s the beauty of a seven-match series, we feel we can tinker a little bit and not lessen the team we’re putting out there.”

“We’re going through a little bit of a change in cycle, with some guys retiring, some guys injured and some guys not being picked,” he told PCB.com.pk.

“The guys we are bringing in are very good players. The batters especially are doing outstandingly well. This is where you find out about them, against really good fast bowlers and good spinners. We’re enjoying mixing the team and giving guys opportunities.

“You want good healthy competition and the series going to Lahore at 2-2 is very exciting for both teams.”