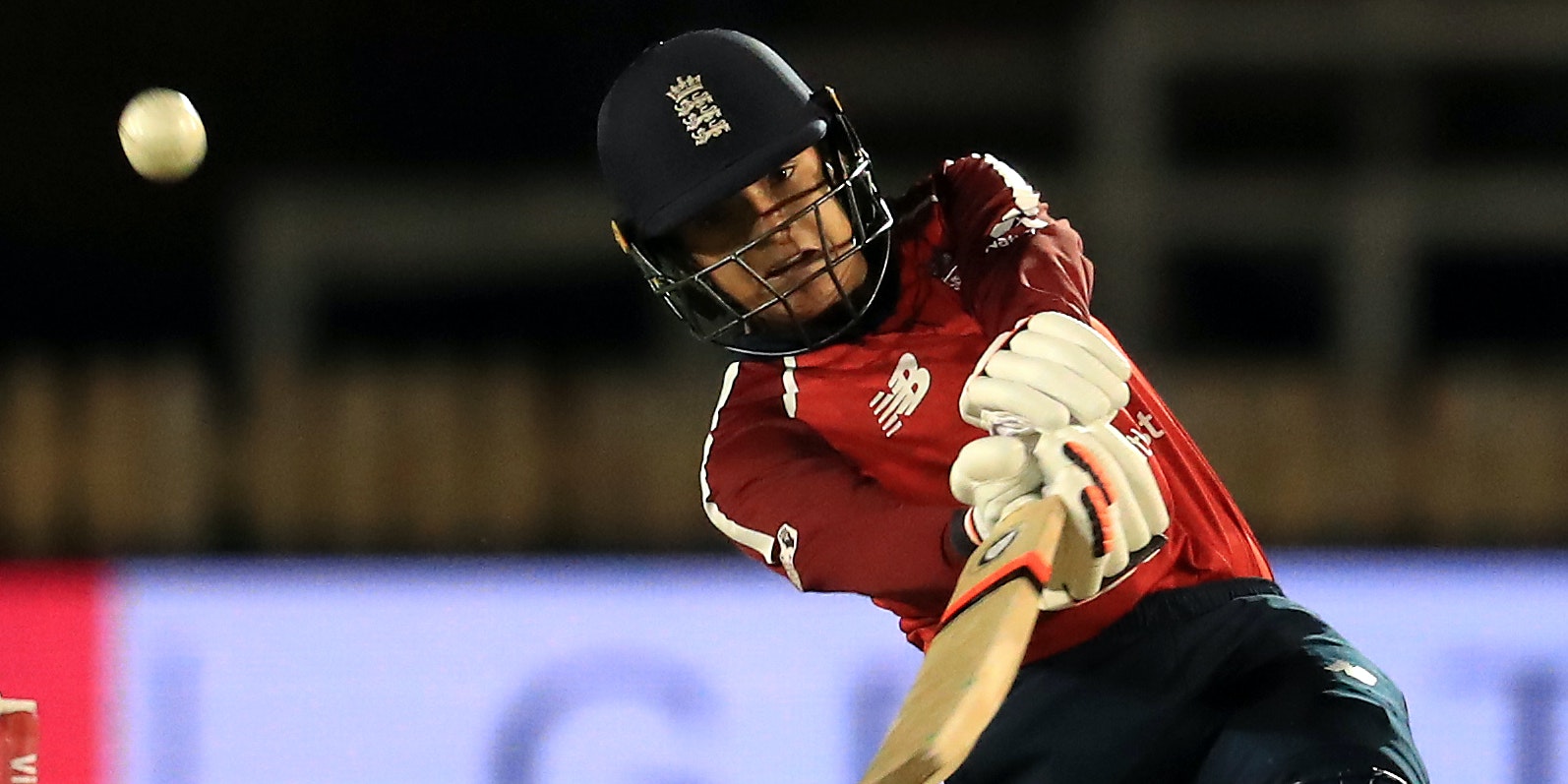 England Women wrapped up a 5-0 series sweep of the West Indies, edging a five-over thrash to end the international season with a three-wicket win in Derby.

Having successfully defended totals in four successive Twenty20s, the hosts opted to chase when persistent rain reduced the last match to the bare bones of 60 balls per side.

The Windies made a modest 41 for three, with Freya Davies, Katherine Brunt and Sophie Ecclestone taking a wicket apiece, before England got over the line despite losing seven batters along the way.

None of them made double figures but in the end Shakera Selman’s errors – finishing the game with a pair of no-balls as tension peaked – proved decisive.

The recalled Davies was handed the first over and wore a couple of early blows from Deandra Dottin, who smashed four and six in the mid-wicket region. Crucially, she also dismissed the dangerous Hayley Matthews for a duck with her final delivery, as Mady Villiers watched a steepler into her hands.

Brunt’s first over was near perfect, setting Dottin up with a slower ball then having her caught at third-man top-edging a shorter, quicker one. She conceded just three off it and was unlucky to see her second go for 11.

In it there was an lbw appeal that might have been upheld on appeal, a mis-hit to fine-leg and a thick edge for four over the wicketkeeper.

Ecclestone’s left-arm spin accounted for the third and fifth overs, clean bowling Chedean Nation on a flat, leg-stump line. The world’s number one T20 bowler did not concede a boundary until the final ball of the truncated innings, Natasha McLean throwing her hands at one that handsomely cleared the ropes at deep midwicket.

An asking rate of 8.4 an over looked eminently achievable given England’s batting depth, but Danni Wyatt’s absence for personal reasons and the abbreviated innings led to a change at the top of the order.

Heather Knight promoted herself but, after crunching Shamilia Connell’s first legal delivery for four, failed to clear the infield with a lofted drive. Amy Jones was gone for a duck two balls later.

Selman allowed England to shave 13 off the target, with back-to-back boundaries from Tammy Beaumont as well as a wide and a no-ball, but also managed a third wicket. Beaumont got carried away this time, hacking a top edge high into Nation’s hands.

England needed 24 from the last three overs but conspired to lose two in two balls at the end of the fourth. Nat Sciver was run out for seven after miscommunication with Brunt, who was then brilliantly caught by the diving Stafanie Taylor a few seconds later.

Nerves got to both sides as the tourists attempted to defend seven off the concluding over, Sarah Glenn and Fran Wilson run out consecutively chasing twos before Selman lost her radar.