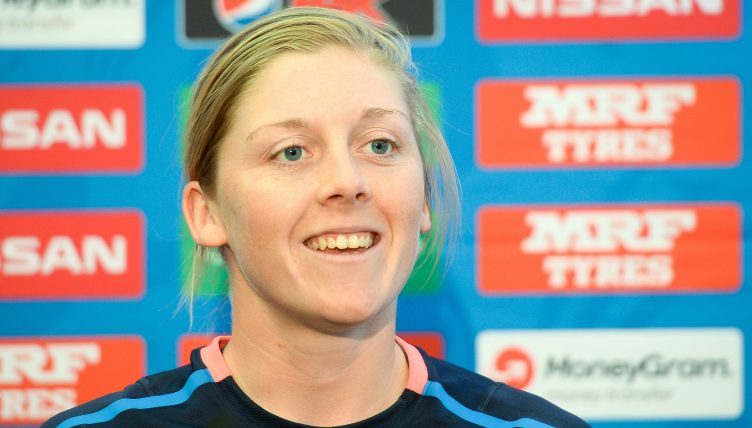 England have selected 24 women to return to individual training from Monday, June 22, across six different venues as they look to salvage their international summer.

A limited-overs series against India scheduled to start at the end of this month has been postponed but South Africa’s visit to these shores in September now looks set to be turned into a tri-series.

The 24 players will train across six different venues – Loughborough, Headingley, The Oval, Bristol, Hove and Chester Boughton Hall CC – initially by themselves before progressing to small group training.

Jonathan Finch, director of England Women’s Cricket, said: “We remain hopeful of playing cricket this summer and it’s exciting for this group of players to be able to return to training.

“We’ve had great support from the first-class counties with the use of their venues, and we’re grateful to them for that, and hopefully this is one step closer towards England Women returning to the field this summer.”

Their training sessions will occur under the same medical guidelines and bio-secure conditions that have been put in place for the men as part of stringent protocols amid the coronavirus pandemic.

The England and Wales Cricket Board announced squads for specific formats will be announced in due course but among the 24 names are three uncapped players: batting all-rounder Emma Lamb and seamers Lauren Bell and Issy Wong.

Lauren Winfield and Amy Jones are also included in the group, with the pair recently returning to the UK after being stranded in Australia because of travel restrictions imposed by the public health crisis.