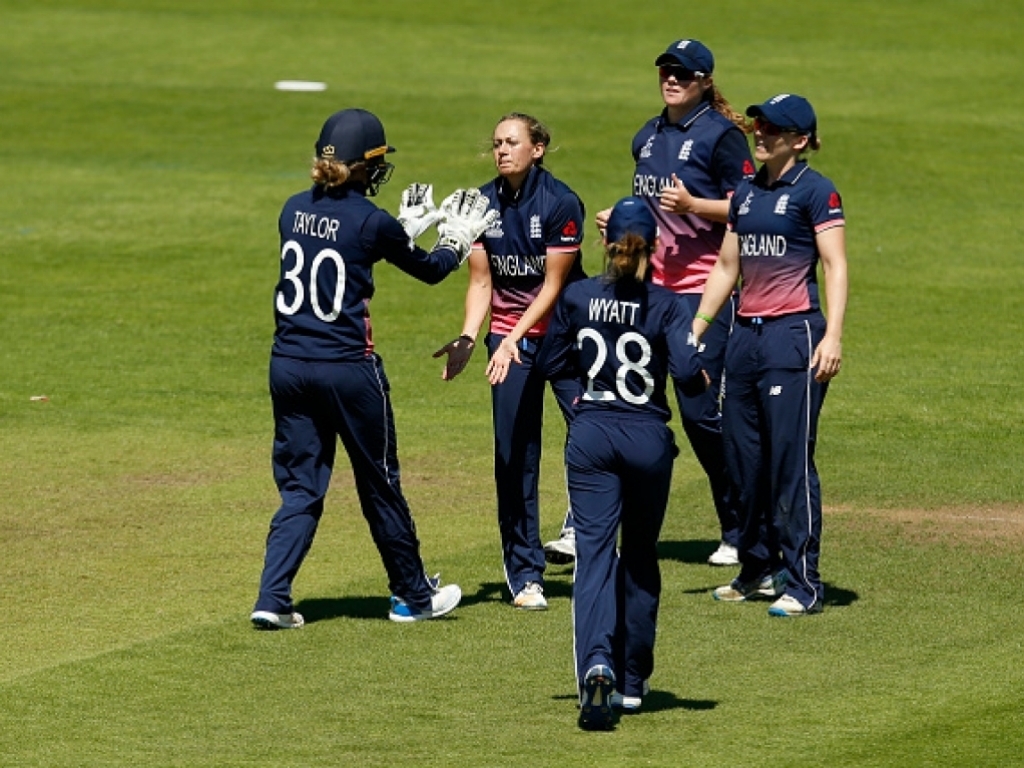 Four wickets for Laura Marsh and half-centuries from captain Heather Knight and Sarah Taylor saw England ease to an eight-wicket victory over Sri Lanka in Taunton at the Women’s World Cup on Sunday.

After Sri Lanka had won the toss and chosen to bat first, Marsh returned figures of 4/45 off her 10 overs as the Asian side posted a sub-par total of 204/8 in their 50 overs.

Opening batter Hasini Perera top-scored for Sri Lanka with 46 but she received no real support from her top-order and the total was only given some impetus by number nine Ama Kanchana who hit an unbeaten 34.

Natalie Sciver (2/32) was the other major contributor with the ball for the hosts while Knight and Danialle Hazell chipped in with one wicket each.

The skipper then top-scored in the chase with 82 while wicketkeeper/batsman Taylor struck an unbeaten 74 from just 67 balls as England reached their target with only two wickets down and more than 19 overs to spare.

The tournament’s hosts have won two and lost one of their three matches in the competition so far while Sri Lanka have slumped to defeat in all three of their outings.

England next face South Africa in Bristol on Wednesday while Sri Lanka take on India on the same day in Derby.