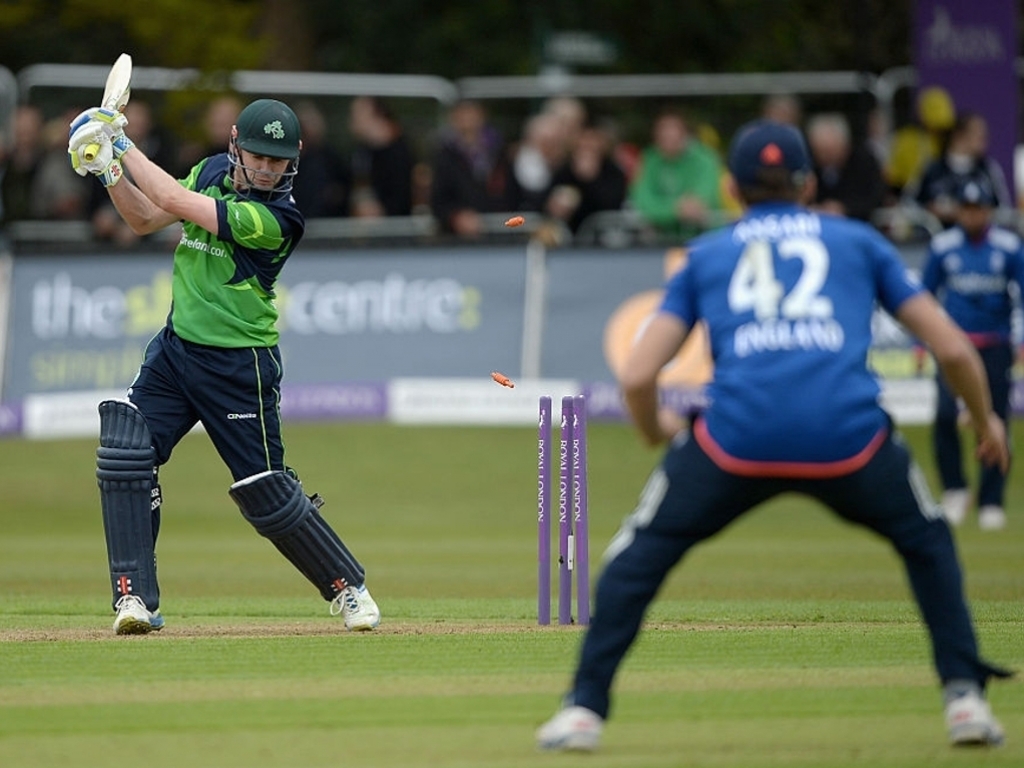 Former Ireland allrounder Andrew White feels England won’t underestimate the men in green as they prepare to host their neighbours for the first time.

Ireland and England clash in two ODIs with the hosts warming up for the visit of South Africa and the Champions Trophy.

Ireland have a triangular series against Champions Trophy contestants Bangladesh and New Zealand to look forward to after the brace of ODIs against England.

White, who is a member of the Ireland backroom staff, said: “The fact that England have named a strong squad reflects that they know where Ireland are at.

“These are huge occasions but they are a potential banana skin for England.

“England have some great ball strikers and talented quick bowlers and it doesn’t matter what XI they put out on the day, it’s going to be a big task.

“Getting rid of the likes of Joe Root and Eoin Morgan early on is a priority so that they don’t go on to make big scores.”

Ireland may feel they have lost ground on Afghanistan in the race to be the eleventh full member of the ICC having lost both an ODI series and an Intercontinental Cup in India to the Afghans.

They certainly won’t need any extra motivation to perform against the English though.

White added: “No Irish team goes into fixtures against England without having that fire in their belly. I expect the Ireland players to be raring to go.

“Confidence has taken a knock but enough time has elapsed since the boys were out in India, where conditions are difficult for any touring side.

“We were disappointed, more so in the manner of the four-day defeat, but the guys will be more familiar with the conditions they face this week and will be ready to go.”