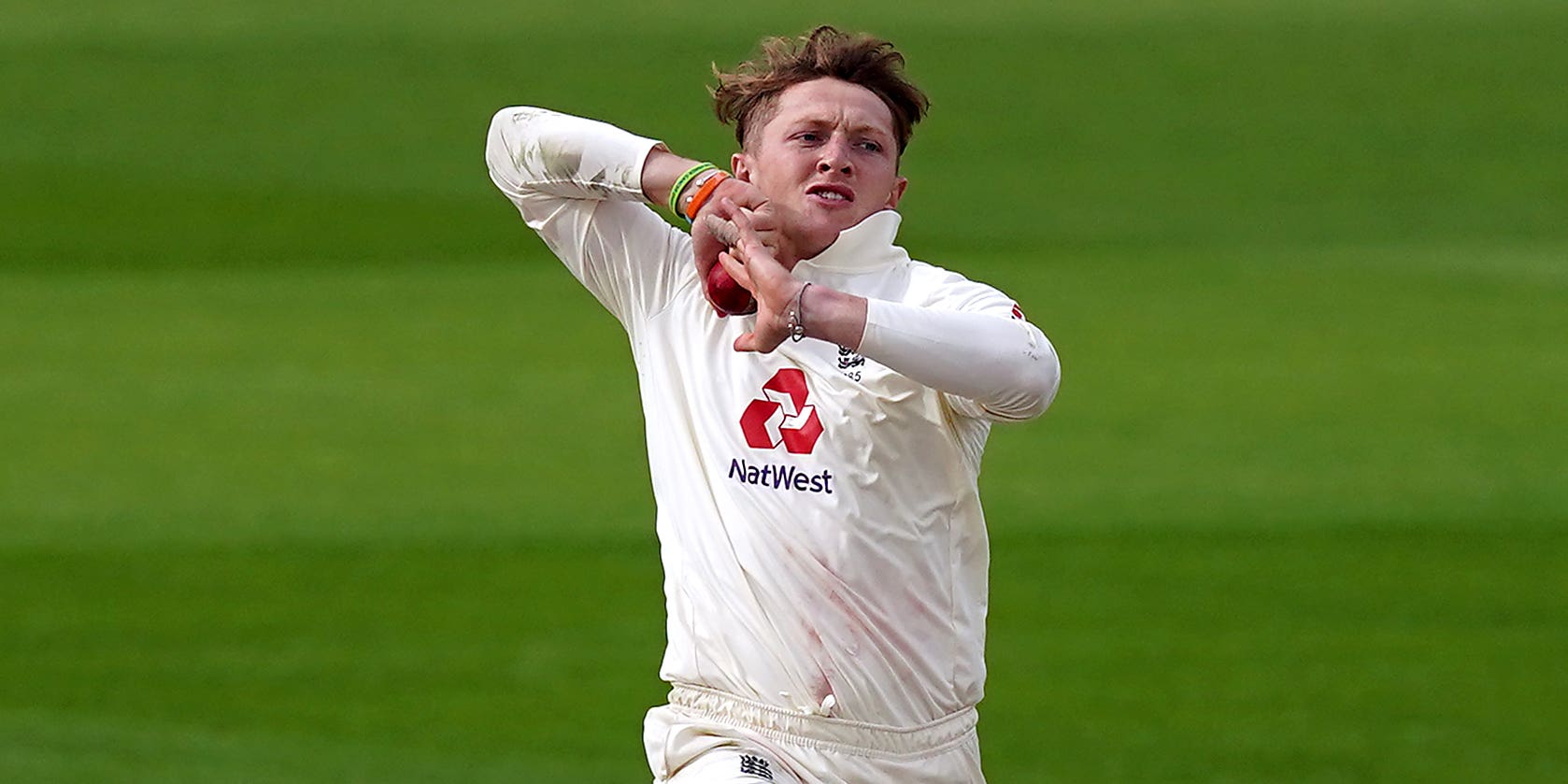 England’s Sri Lankan Test warm-ups started on a suspiciously green pitch on Friday, but Dom Bess is licking his lips at the prospect of a spin-friendly surface in Galle next week – and the chance to prod any “egos” in the home ranks.

After another round of Covid-19 swabs came back clear – leaving the quarantined Moeen Ali as the only member of the touring party to test positive – England finally took to the pitch in Hambantota for a low-key workout between Team Root and Team Buttler.

Captain Joe Root fared best with the bat, helping himself to an unbeaten 74 as his side posted 184 for two in 50 overs on a track that was unusually grassy and highly unlikely to be replicated when the first Test gets under way at a ground notorious for its lavish turn.

In the reply James Anderson found himself on a hat-trick after successive dismissals of Jonny Bairstow and Jos Buttler, the latter bowled by big movement off the seam, but a half-century from Ollie Pope – only present for rehabilitation reasons – turned a top-order collapse into a less grisly 120 for six.

On Saturday any pretence of a competitive match will be abandoned, replaced by middle practice for the main batsmen and long workouts for the spinners in preparation for the start of the series on Thursday.

Bess has already bowled more than anyone else – wheeling through 16 overs for 59 runs and the early wicket of James Bracey hacking to mid-on – and is relying on more assistance when the competitive stuff gets under way.

“It had a bit of grass on it – I’d be very surprised if we got that sort of pitch again out here,” he said of conditions at the Mahinda Rajapaksa Stadium.

“It’s quite clever from the Sri Lankans, whatever they’re doing in terms of the pitch. But I know myself and, bowling on that, I won’t be thinking too much on the wicket.

“It was more about getting on grass again and competing against each other. That was the main objective: adapting to the pitch, the heat and the Kookaburra ball. It was a really good workout.”

While England have three spinners in their squad and three more among their standby list, Bess can safely consider himself the man in possession as first-choice, having played all six of last summer’s Test matches.

His was often a walk-on part given the prevalence of the pacemen but for the first time in his short career, the 23-year-old will find himself thrust into a leading role with an expectation to make things happen.

It will be his first experience of Asian conditions in the Test arena but the idea of attacking Sri Lanka’s batsmen in their own backyard is one he welcomes.

“You can talk about pressure, but you’re playing international cricket, there’s going to be pressure. I think you’ve got to flip it and say it’s an opportunity you can take.

“I personally haven’t been on many spinning wickets, or wickets that have suited me, but now the eyes are going to be on the spinners. It’s about having the nous with the fields and putting the Sri Lankans under pressure.

“These guys have grown up playing against spin and that’s why I see it as a great challenge. There could be some egos floating around that I can hopefully get stuck into.”

Bess moved on from childhood club Somerset to Yorkshire at the end of last season, having concluded there was simply not enough room for both him and slow left-armer Jack Leach in the same county side.

Now the pair seem sure to line up together in England whites for the first time, with Leach’s case particularly strengthened by Moeen’s unfortunate circumstances.

“(The competition between) myself and Leachy has been really interesting. I don’t think a lot of people will have gone through that kind of thing with a very close mate,” he said.

“It’s only made us both grow as spinners and people because being good friends – getting dropped or getting picked, and vice versa – it is very tough.

“We will relish the challenge of being on the pitch together and hopefully in conditions that will really suit us. Take away being individual or wanting to be the number one because it’s all about the team first.”