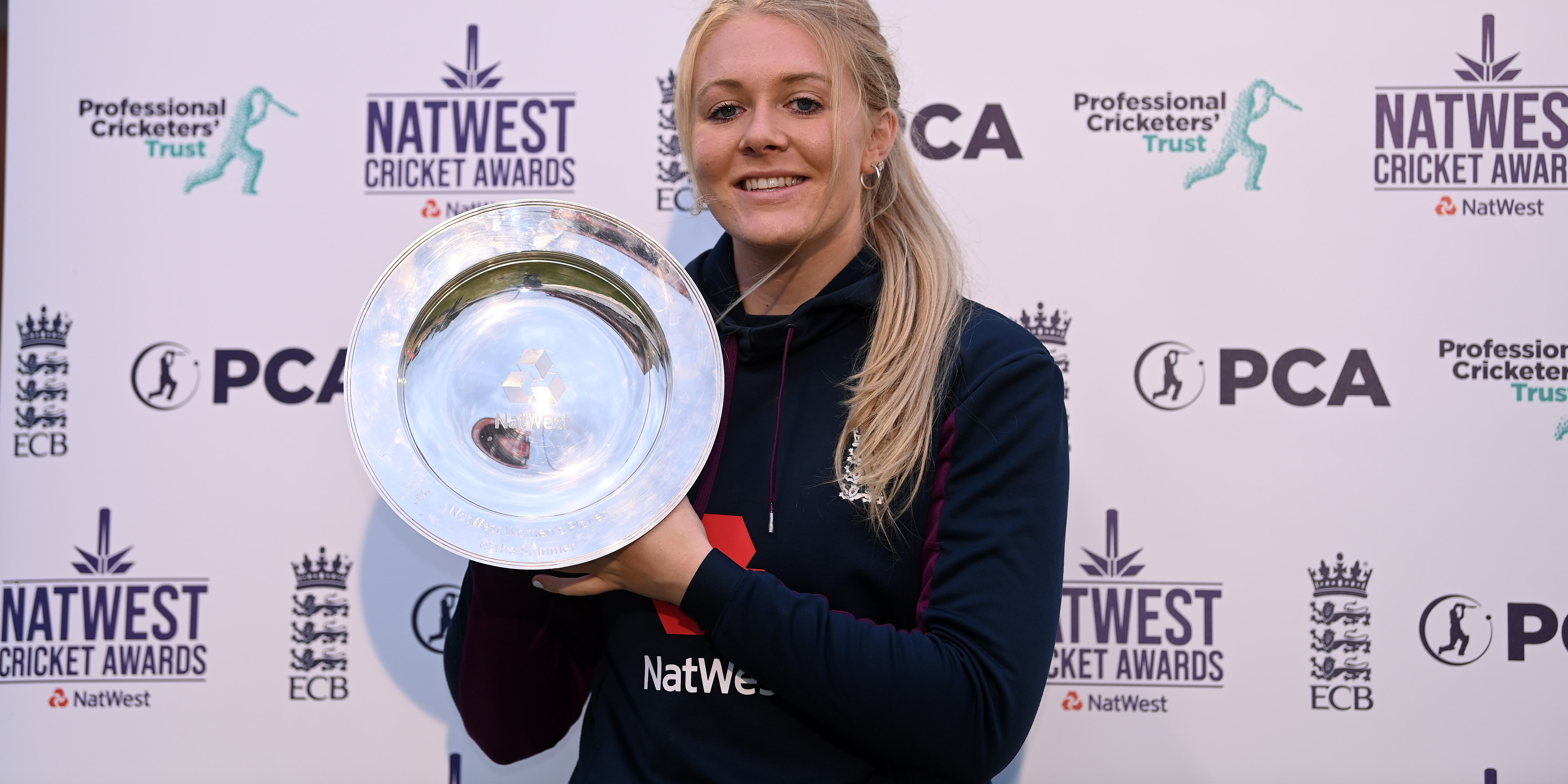 Sarah Glenn is hoping to inspire the next generation of English girls to take up leg-spin, playing the role Shane Warne took in her formative years.

Glenn, 21, has enjoyed a stellar 10 months since making her international debut and was named NatWest PCA women’s cricketer of the year at Saturday’s virtual awards ceremony.

She was also player of the series in the recent 5-0 T20 whitewash over the West Indies and is gradually coming to terms with the idea that her skills might be helping to create stars of the future.

Poring over footage of Australia great Warne helped Glenn pick up the intricacies of wrist-spin but the women’s game now has the status – and the individuals – to provide its own idols.

“Once I learnt what leg-spin was growing up I did look up to the likes of Shane Warne and watch YouTube clips,” she said.

“I was like, ‘how do you bowl this leg-spin?’. Shane is a popular one to look up to: he’s a cricket legend.

“But it’s starting to sink in that young girls are starting to look up to me. I still feel like a young girl myself, looking up to people, so it’s not processed yet that I am becoming that role model.

“That’s really special to me. It’s something I have always wanted to do, to inspire young girls. To know that they have female role models to look up to is a lot more motivating. Young girls think ‘I could be that person one day’. They look up to that and it’s quite special to know that that could possibly be happening with younger girls now.”

Crawley’s unforgettable 267 in the third Test against Pakistan was a decisive moment in his breakthrough year, but the 22-year-old is now setting his sights on finding a route into England’s elite limited-overs side.

“I would certainly love to play in the white-ball stuff for England, it’s a phenomenal team,” he said.

“It all depends on how many runs I score for Kent in white-ball cricket. Hopefully The Hundred goes ahead next year and if I can score some good runs in that over the coming years, who knows what is down the line? There are some great players who aren’t in the squad who are all trying to get in too.

“It’s going to require a lot of runs from my part but I am going to do my best to score those runs.”

:: The first NatWest Cricket Awards, a combination of the PCA Awards and NatWest OSCAs, honours both the community cricket club heroes and professional stars of the season in one event that will celebrate the game from the ground up in recognition of an extraordinary year for the sport.