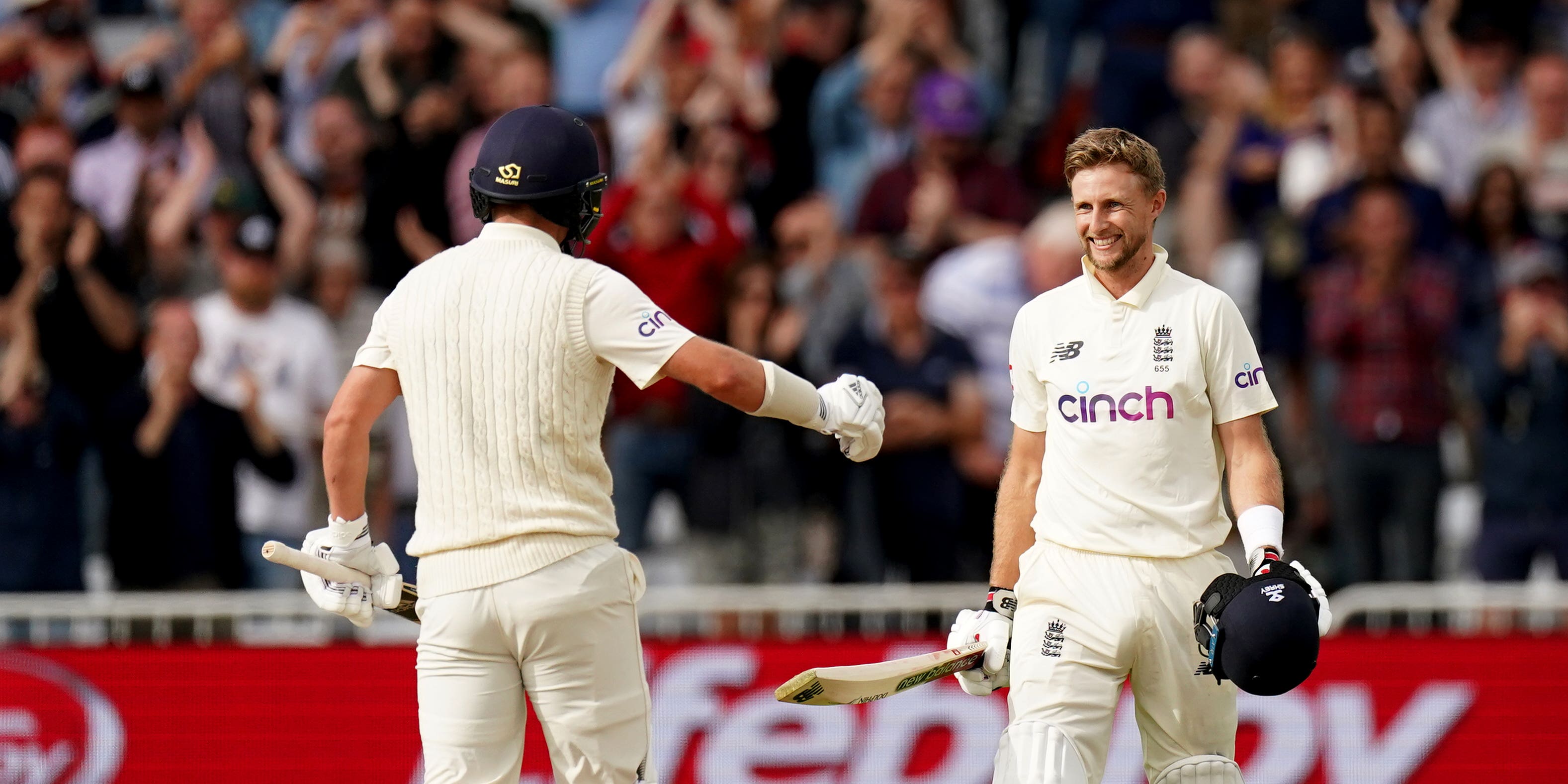 England captain Joe Root promised he would take a step back and enjoy himself when he got to the crease on day four against India, an approach which helped him breathe new life into the first LV= Insurance match with a brilliant century.

Root has had plenty to deal with recently, losing a first home series as skipper against New Zealand, seeing his friend and star player Ben Stokes step away due to mental health concerns and managing Ollie Robinson through his Twitter storm.

The first few days at Trent Bridge were no picnic either as he saw his side hustled out for a cheap 183 after winning the toss before finding out that pace bowler Jofra Archer would be out for the rest of the year with a stress fracture.

So when he arrived at the ground on Saturday, he spoke to his side about making the most of the moment rather than allowing the pressures to pile up.

He went on to score a fine 109, guiding his side to 303 all out as they transformed a 95-run deficit into a 208-run lead. India need another 157 runs on the final day with nine wickets left and stand as slight favourites, but Root’s efforts have already guaranteed an exciting finish that did not always seem likely.

“In the context of this game it felt pretty good to get a big score and give us a chance of winning this Test match,” he said.

“This morning I said to myself, and to the group, ‘just remember what is fun about cricket’. As batters scoring runs and being out there, it might be tough sometimes, it might be hard, but it’s fun as well.

“There’s been a lot to handle and not just for me. It’s important you find ways to handle that. You can let it weigh you down but that doesn’t change anything. You have to find solutions.

“It’s really important we all embrace that whatever the situation, whatever the conditions and wherever you are in your own game. It’s important you go out there, enjoy the moment and make the most of it.”

Root certainly eked everything out of his celebration. Having come out for the evening session on 96 not out he took a further 27 minutes to reach his 21st Test hundred. With the tension released, he leapt high in the air, signalled to friends and family in the stands and held his arms aloft in triumph.

“I was a little bit too excited, but I certainly enjoyed it,” he admitted.

“I really enjoyed the atmosphere within the ground and felt I played really nicely. The five or 10 minutes leading into getting the hundred was a bit hairy so there was quite a lot of relief. There were couple of big lbw shouts and I kept smacking it at fielders. I looked like I was trying to get myself out, but I promise you I wasn’t.

“I was sort of saying thank you to everyone on the ground, to my wife and all my team-mates in the dressing room.”