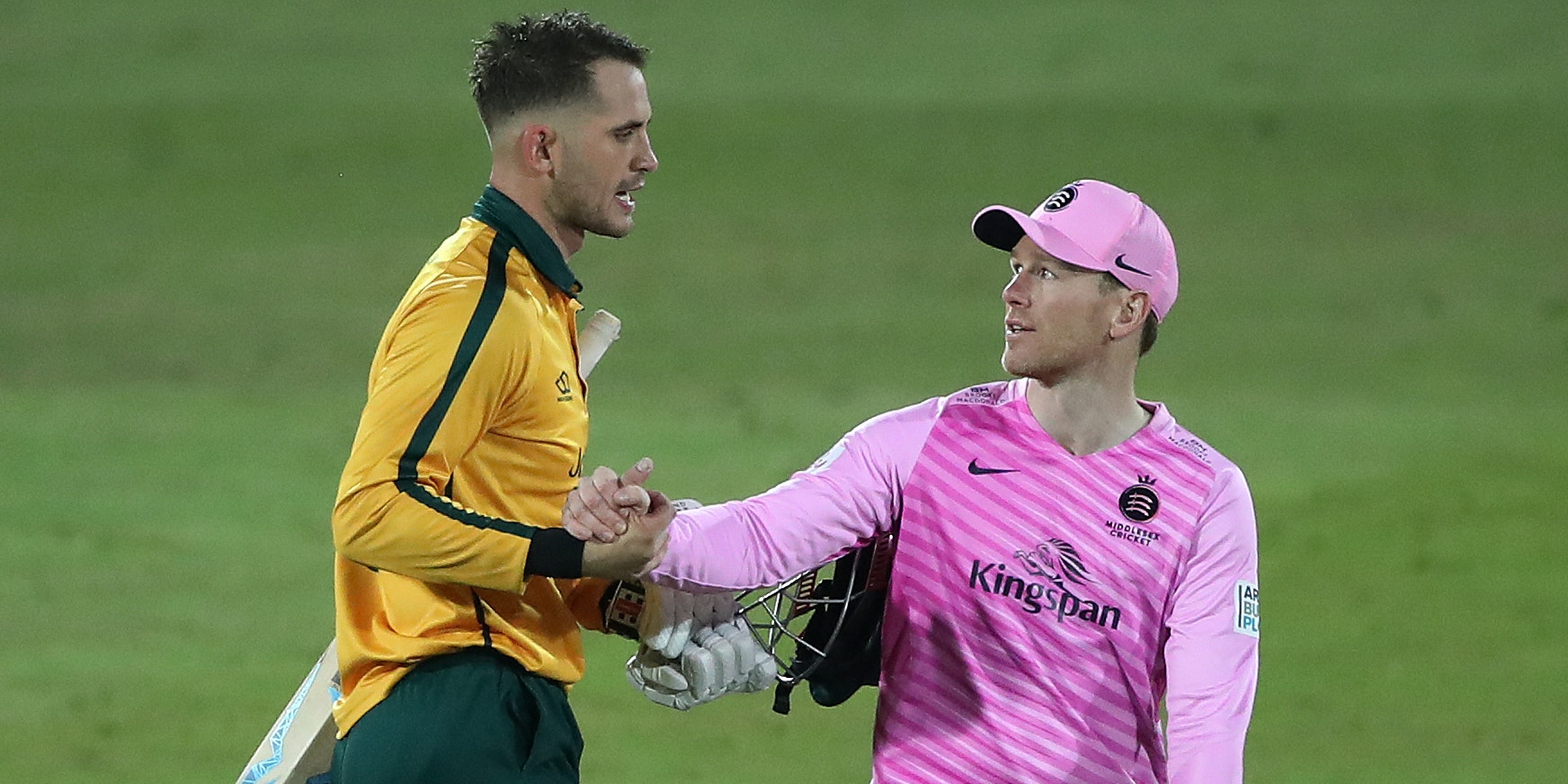 There has been some speculation that, with England preparing to effectively run two separate squads for Tests and limited-overs matches in a summer revamped because of coronavirus, Hales could earn a shot at redemption.

He lost his squad berth in last year’s World Cup triumph after news broke that he had failed a second test for recreational drugs, with Morgan declaring he had lost the trust of his team-mates.

That has yet to be regained, according to Morgan, even though seamer Chris Woakes said last week that he would welcome Hales back into the England fold.

“Alex is in a unique position, probably in a position nobody else has found themselves in before,” Morgan said.

“On the cusp of a World Cup, the huge breakdown in trust between him and the players was extremely dramatic, given the circumstances surrounding the four years and the build-up and the way things unfolded.

“I’ve spoken to Alex and certainly see an avenue for him to come back to playing cricket but like in life and in any sport, when there’s a breakdown of trust, the only healer in that is time.

“It’s only been 12 or 13 months since the incident which could have cost us four years of hard work. Given it could have derailed a World Cup campaign, I think it might take some more time, yes.”

Hales was second in the batting charts during last winter’s Big Bash in Australia, amassing 576 runs at an average of 38.4 and strike-rate of 146.93, while he has six hundreds and averages nearly 38 in 70 one-day internationals.

Morgan said: “It’s obviously not about performance with Alex. Alex is a fantastic player, it’s never been discussed whether he’s good enough to be in the squad or not.

“Playing cricket for England is about on and off the field, values we adhere to or do our best to adhere to and Alex showed complete disregard for them.

“Building up that for as long as he can and then hopefully an opportunity will present itself down the line.”

Eighteen English bowlers have started individual socially-distanced training and batsmen and wicketkeepers will follow from next week, the first steps in being able to stage international fixtures behind closed doors from July.

While Morgan was effusive in his praise of the England and Wales Cricket Board’s protocols so far, the Irishman believes the ‘biosecure’ environment necessary to host matches could have an adverse impact on players.

Morgan said: “It extends effectively your lockdown period, whereas I think by then the public will be allowed to do a lot more than we will. So continuously checking in on guys is going to be extremely important.”

Morgan was speaking ahead of an online event to celebrate 15 years of the Chance to Shine charity, which is forecasting a GBP 1million deficit because of the impact of the public health crisis.

Speaking about the charity, Morgan said: “The fact they’ve been going for 15 years now is a huge achievement.

“The areas they mainly focus on: selling cricket and using it as a vehicle for teaching kids really strong values, they’ve done an incredible job.”

:: Eoin Morgan was speaking ahead of an online event to celebrate 15 years of the Chance to Shine charity. Since 2005, over 5 million children have been given the opportunity to play, learn and develop through cricket thanks to the work of the charity. This summer, donations to Chance to Shine are being matched by Charity Patron Adrian Beecroft. Please support today at chancetoshine.org/donate.