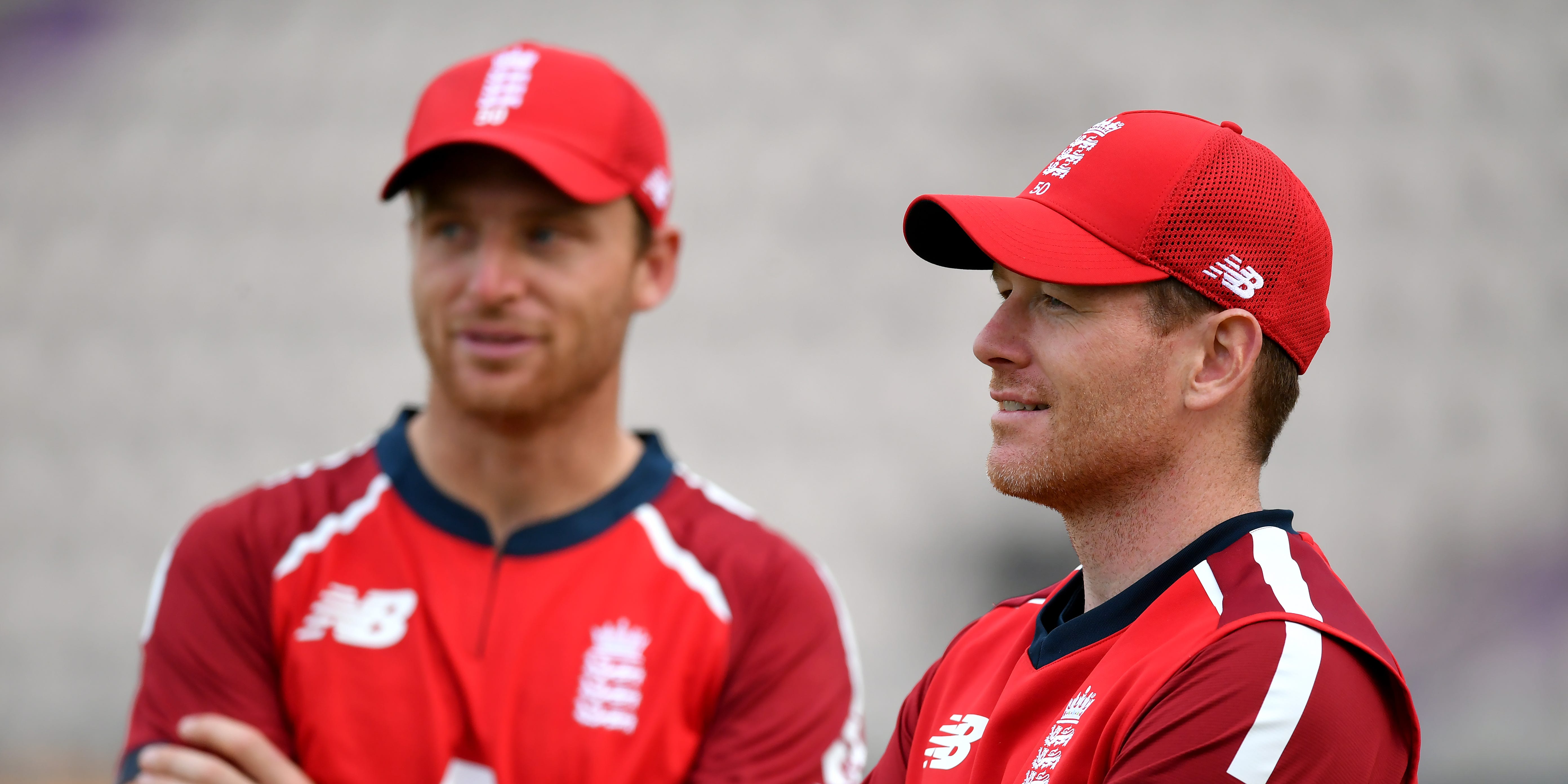 Buttler hit a career-best 83 not out against India on Tuesday, batting through the innings to seal an eight-wicket win and hand the tourists a 2-1 series lead with two to play.

His 52-ball knock contained four sixes, five boundaries and buckets of panache, making a chase of 157 look simple in Ahmedabad and even putting Virat Kohli’s classy 77no in the shade. Throughout his stay he looked every inch the consummate top-order batsman, but he spent the first 61 matches of his England career in the middle order before being promoted in 2018.

Since then the debate over how and where to use a batsman widely considered as the most complete white-ball player the country has ever seen has continued, but Morgan’s are the only views that count and he has made them clear.

Asked if his dominant performance squashed the discussion, Buttler said: “I don’t know if it will ever end, people seem to quite enjoy talking about it. I certainly feel the pressure of that sometimes.

“We have lots of guys who would love to bat in that opening position. For most people it’s probably the best place to bat in the game. But I know I’ve got the full backing of Morgs to go and do it, which gives me a lot of confidence. I know Morgs is keen for me to open in this team and I do it with his backing.

“Eoin is always clear with every single player on what he expects of them, at the moment he wants me to open and backs me 100 per cent. It is my preference and I was delighted to contribute here; any time you are not out at the end and see your side home is a fantastic feeling.”

Morgan’s influence on Buttler goes far deeper than empowering him to kick off the innings, though.

He was one of the players who opened Buttler’s eyes to the changing nature of limited-overs cricket, long before the two became team-mates and went on to win a World Cup together. On the occasion of Morgan’s 100th T20 cap, the first England player to reach the feat, it was Buttler who made the presentation and offered an emotional speech.

Relaying the gist of his tribute, Buttler said: “He’s been a pioneer for England’s white-ball cricket – he was a pioneer as a player to start with and certainly as a captain and leader.

“He’s always been someone who has been ahead of the curve. Him and Kevin Pietersen were two guys that I always looked to in the white-ball team as people who could do it a bit differently and take the game forward.

“He’s taken England’s white-ball cricket to places it’s never been before and he’s done it in a quite incredible way. He’s a selfless guy but it’s no mean achievement to reach 100 caps.”

Morgan is well known for his steely demeanour on and off the field, but allowed himself to show a small crack in that tough veneer when he reflected on Buttler’s words.

“It nearly brought me to tears to be honest,” he said of the speech.

“He’s a great friend of mine and our families are quite close. Playing in 100 games is a proud moment for me but the words that he said really did warm my heart and I am very grateful.”