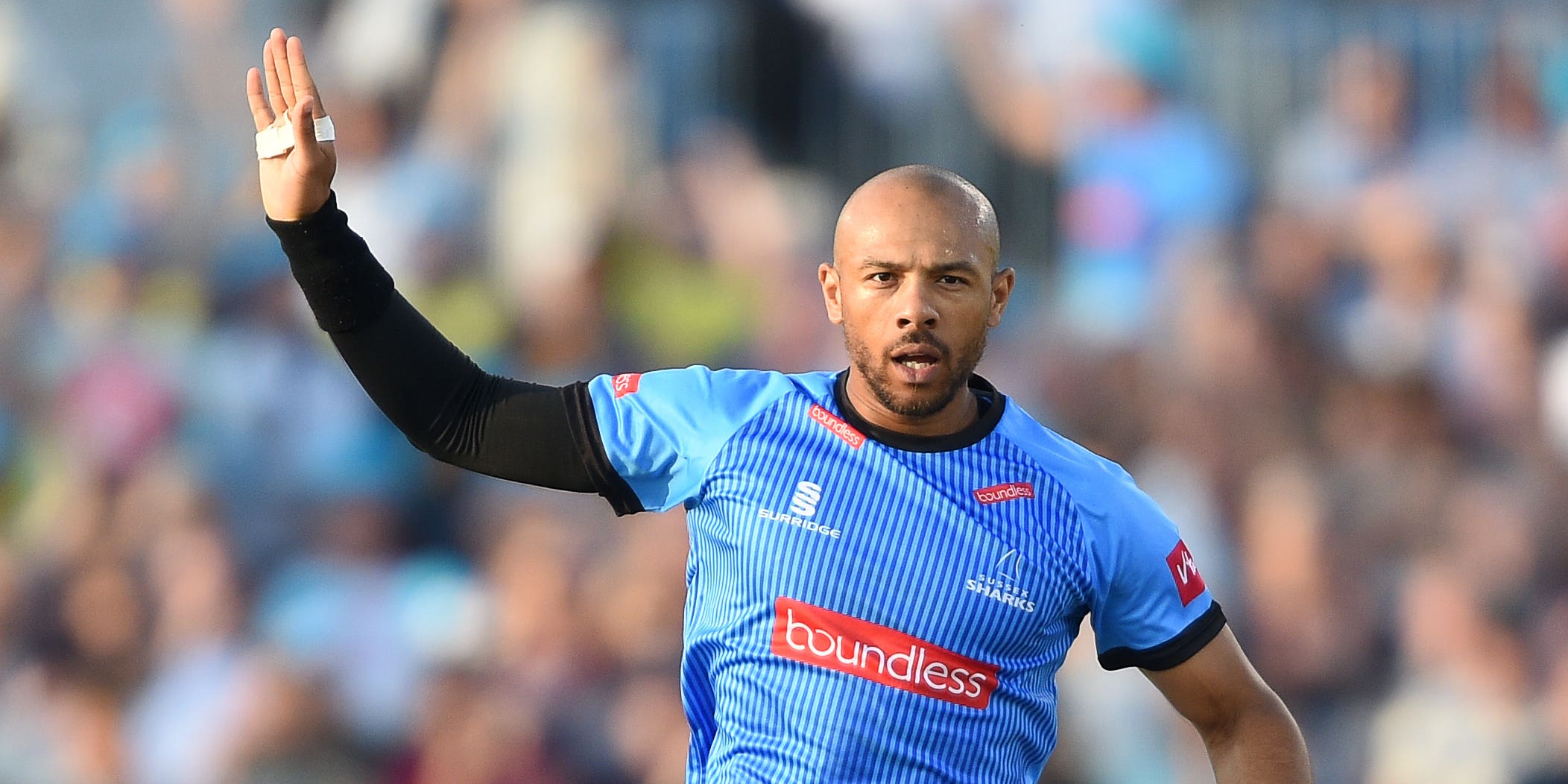 Eoin Morgan believes Tymal Mills could make a compelling case for selection at the Twenty20 World Cup as the England captain revealed there are only “half a dozen guys nailed down” for a squad place so far.

Mills, a T20 specialist in recent years owing to a congenital back condition, is on the comeback trail this summer following a number of injury issues that have dogged his career since his last England appearance in February 2017.

The appeal is clear as Mills is capable of regularly exceeding 90mph as well as being able to mix it up with subtle changes of pace, so Morgan admitted he will be keeping close tabs on the Sussex left-armer in the next few months.

As well as in the ongoing Vitality Blast, Mills can enhance his claims for the World Cup – scheduled to start in September – in the inaugural edition of The Hundred, where the 28-year-old will be representing Southern Brave.

Morgan’s unprompted namecheck of Mills as a potential bolter at the World Cup came as he was asked how many spots are still up for grabs if everybody is available, and there still seems plenty to play for this summer.

“There are guys playing in The Hundred like Tymal Mills who could easily present a case.

“He is an outstanding bowler, and we’ve always been in communication with him, wanting him to get fit, play as much cricket as possible, and leave him alone until the World Cup comes.

“Playing for Sussex, given the journey that he’s been on, on a regular basis, is way better for him than trying to get fit for sporadic T20 series through the year.

“He’s a good example along with a few other guys that could present a really strong case throughout The Hundred.”

Morgan will have tricky decisions to make later this year as he whittles those in contention down to 15 players and though there is the probability of several reserves going on the trip, as has been the case since international cricket’s resumption amid the Covid-19 pandemic, the Dubliner is not relishing informing those who will miss out.

Morgan had a similarly unenviable conversation two years ago when telling David Willey he would be omitted in favour of Jofra Archer ahead of England’s triumphant 50-over World Cup campaign.

When asked whether those discussions get any easier, Morgan said: “No, it’s the hardest part of the job.”

Morgan was speaking after the lopsided 3-0 win over Sri Lanka, achieved despite Jos Buttler missing the final two matches because of a small tear in his right calf which will sideline the limited-overs vice-captain for the three-match one-day international series between the sides, starting on Tuesday at Chester-le-Street.

Buttler’s injury means he is also a doubt for three ODIs and three T20s against Pakistan next month, but Morgan revealed the wicketkeeper-batsman is unlikely to be rushed back due to England’s schedule for the rest of the year.

After Pakistan’s visit, England take on India across five Tests in a series which starts in August, before a bumper winter of the T20 World Cup and Ashes, with Buttler, if fit, set to be involved in all three important events.

Morgan added: “Calves are sometimes difficult to come back with, it depends how they present themselves in the first week, so we’ll be constantly monitoring that.

“Certainly at the moment, it’s not a priority that Jos is 100 per cent fit for the white-ball stuff that we’re coming through – given the cricket he has coming up with Tests, T20 World Cup and a possible Ashes down the line.

“I think there are other priorities that he needs to be fit for.”