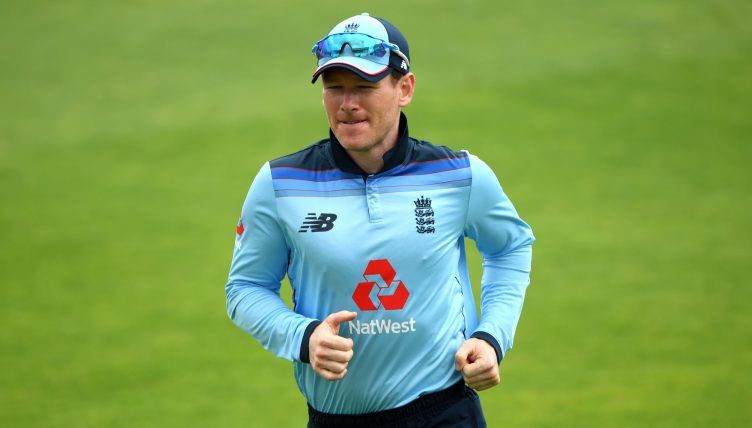 Eoin Morgan believes a significant hurdle for England to overcome between now and next year’s T20 World Cup will be finding ways to ensure they are at full-strength as often as possible in order to give clarity to players’ roles.

A left side strain has ruled Jason Roy out of the T20 series against Pakistan, which starts at Emirates Old Trafford on Friday, while several other 50-over World Cup winners are absent because of their Test commitments.

The coronavirus pandemic has so far led to England naming separate red and white-ball squads in a revamped summer calendar, and that policy may continue into the winter as players’ workloads are also taken into consideration.

Morgan can see the upshot of giving fringe contenders such as Tom Banton and Dawid Malan an opportunity to advance their claims for a squad place in next year’s global event in India.

But he is adamant that in order to give themselves the best chance of completing a limited-overs World Cup double, England must do their utmost to attempt to select first-choice stars such as Ben Stokes and Jofra Archer regularly.

The England captain said: “This is another opportunity for guys who would potentially sit outside that 15 to try and present their best case moving forward for winter tours and the World Cup next year.

“One of the challenges between now and the World Cup is going to be getting our strongest team on the park as often as we can to define (their) roles.

“We will only know our strongest positions after we have guys achieving in those roles.

“It was a good exercise last winter at different stages, particularly in South Africa, when we had the majority of people available, only Jofra was injured, so that was really good.

“I don’t think we can have a scenario where we can play the majority of our games with a half-strength team and then expect to go into a World Cup as contenders when guys don’t know their roles or haven’t been familiarised with them.”

Morgan would not be drawn on who would replace Roy for the first of three matches against Pakistan but both firecracker Banton and the ever-reliable Malan could now feature in a top-three also containing Jonny Bairstow.

Roy tweaked his side on Tuesday and has undergone a scan but he will remain in England’s bio-secure bubble during his rehabilitation programme with a view to returning against Australia next month.

England face Australia in three T20s and three one-day internationals between September 4 and 16 and Morgan is hopeful of being able to welcome back the Surrey opener.

Morgan said: “At the moment we don’t anticipate it being anything serious but we want to give him every chance to be fit for Australia, both series, the T20s and 50-over.

“We will see how he progresses over the next three or four days and be able to report back then.”

The opening game presents a swift turnaround for Pakistan captain Babar Azam, whose unbeaten half-century helped Pakistan to a draw in the third Test earlier this week – although the tourists lost the series 1-0.

Babar said: “It’s really difficult to come from red-ball to white-ball. The time is very less. But T20 specific players have been practising so the aim is to win the series.

“We are positive about the series and will not take England lightly. They have good white-ball players.”