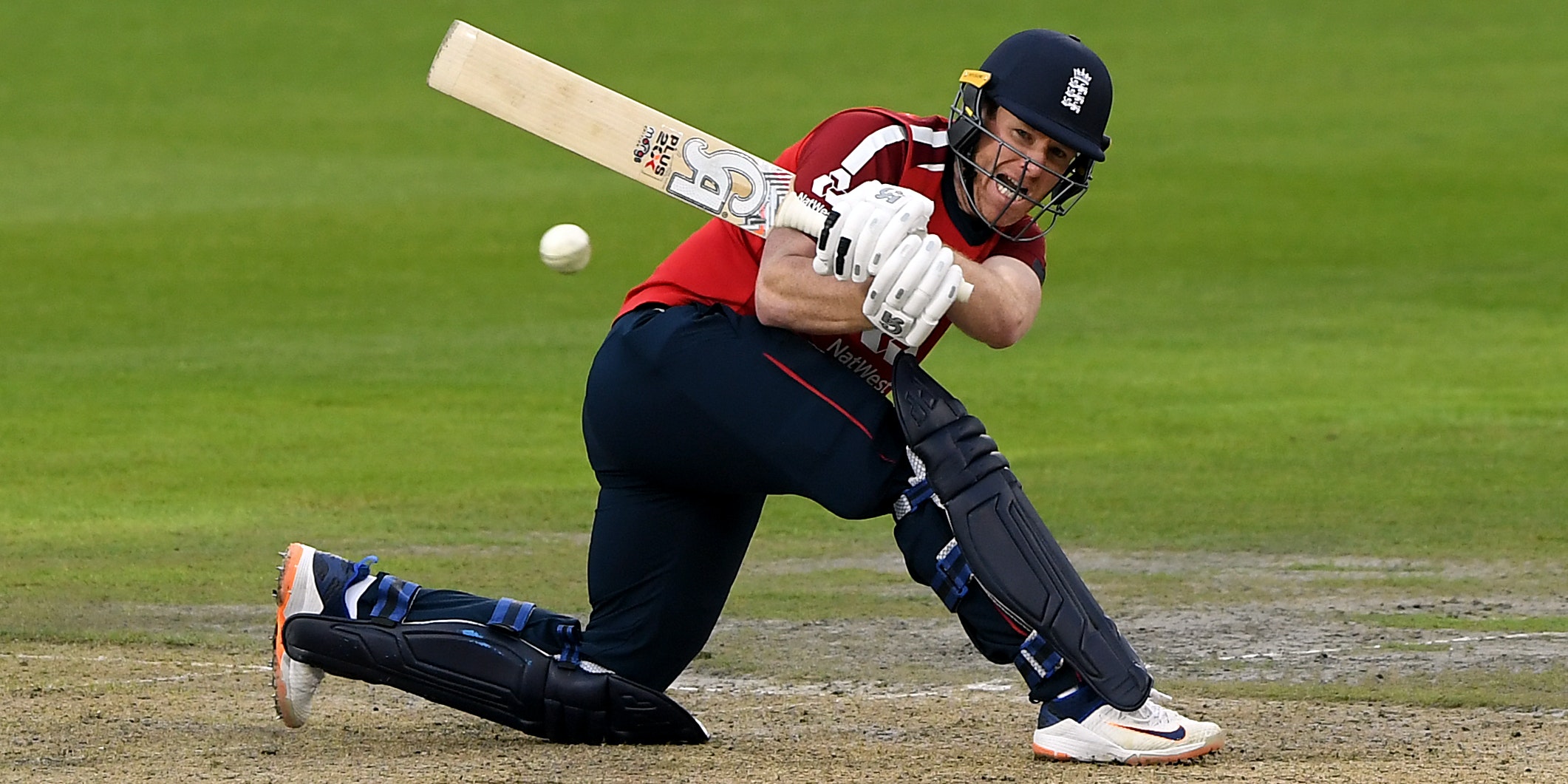 Eoin Morgan says he feels as comfortable at the crease as he ever has done after starring in England’s five-wicket victory over Pakistan in the second Twenty20 international at Emirates Old Trafford.

The England captain struck a belligerent 66 from 33 balls as Pakistan’s 195 for four was overhauled with five balls to spare, putting the hosts 1-0 up in the series ahead of Tuesday’s final match.

Morgan floating in dangerous England side

Morgan is averaging 48.4 with a strike-rate of 174.1 in the 14 T20s he has played for England since the start of last year, and the Irishman put his form down to the security he feels in his role.

“Even before the series started, within T20 cricket in the last two years in internationals and some domestic are my best numbers to date which is great,” Morgan said.

“If I can combine a little bit of that with experience that will go a long way – certainly when I’m moving up and down the order between four and six – to try to win a game.

“Before I became captain, jumping up and down the order I didn’t feel that comfortable with it, but now that it’s my decision I feel more at ease.”

Dawid Malan played an important supporting role in a 112-run stand with Morgan, who was dismissed with 18 still required from the final three overs, after an opening stand of 66 from Jonny Bairstow and Tom Banton.

Malan registered his seventh 50-plus score in 12 T20 international innings and hit the winning runs to finish unbeaten on 54 from 36 balls, but his place in the side is far from assured.

England have an enviable array of top-order batsmen a year out from the T20 World Cup in India, and Jos Buttler could be among several Test stars who return for the sprint format series against Australia which starts next week.

Asked whether Malan may have to adapt to batting lower down than where he is accustomed to in order to be in the squad in future, Morgan responded: “Realistically for your spare batters in a squad you need your top-three covered and then the other batter is an all-rounder.

“They might be a spinning or seaming all-rounder. That presents a challenge itself.

“The options we have with Jos at the top of the order at the moment is to play around and alternate if need be – if that formula doesn’t work – which brings top-order players back in the frame.”

England’s selectors are meeting on Sunday evening to discuss the squads for the limited-overs series against Australia, with three T20s followed by three one-day internationals next month.

Pacemen Jofra Archer and Mark Wood may join Buttler in the T20 squad, and the trio potentially subjecting themselves to the ‘bio-secure’ protocols so soon after escaping the bubble is a source of pride for Morgan.

“There’s a chance some of them will back which would be great,” Morgan said.

“Guys do enjoy playing the white-ball set-up so the fact that some of them want to come back and play is great particularly after being in the bio-secure environment for so long.”

Morgan gave no indication about whether Joe Root would return to the T20 set-up. The Test captain made 64 off 40 balls for Yorkshire in the Vitality Blast on Sunday but he has not featured in a T20 for England since May 2019.

Mohammad Amir is a doubt for Pakistan’s final obligation of the tour after feeling pain in his right hamstring on Sunday which restricted the left-arm seamer to just two overs.

Amir had treatment following the match, the first to be broadcast live on the BBC in 21 years, and he will be assessed on Monday.