Home News Eoin Morgan: Jofra Archer could pull out of IPL to prepare for England’s winter

Eoin Morgan: Jofra Archer could pull out of IPL to prepare for England’s winter 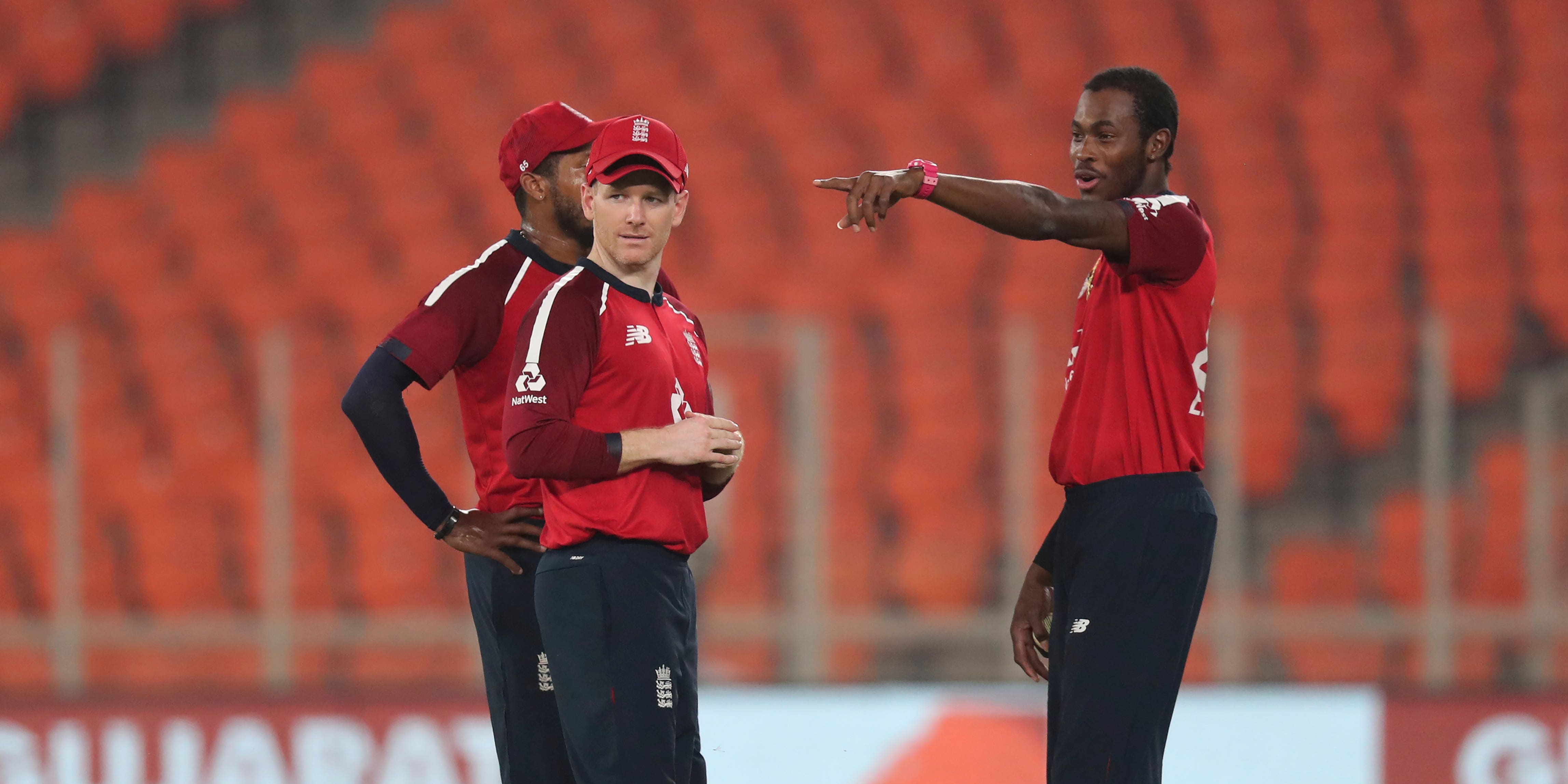 Eoin Morgan admitted Jofra Archer could be forced to pull out of the Indian Premier League for the good of the England team.

Archer has just completed five Twenty20 appearances for his country in nine days, bowling his full allocation and topping the tourists’ wicket charts with seven in a 3-2 defeat by India.

But the ongoing elbow injury which saw him miss two of the four Test matches has been getting steadily worse and his vital importance to England’s winter plans – which includes the T20 World Cup and an Ashes in Australia – mean he may have to shelve his IPL plans.

He has a deal worth around GBP 800,000 with Rajasthan Royals, where he plays with Ben Stokes and Jos Buttler, but the two-month workload may be seen as a step too far.

Speaking after his side’s 36-run defeat chasing 225 in the series decider, Morgan confirmed conversations were under way about Archer’s schedule.

“I think we’re going to wait and see how Jofra pulls, I’m not quite sure yet,” he said.

“Clearly he has a progressive injury that has become worse and does need attention. It will be over to our medical team to make that decision and the decision Jofra comes to will be the best for us in the long term.”

While Morgan’s comments suggest the cautious path will be chosen, he remains a staunch advocate of the IPL and even believes it can help his side cover a few of the cracks that emerged in their defeat to India – their first setback in nine series.

Morgan, Buttler, Stokes, Dawid Malan, Jonny Bairstow and Sam Curran all have franchise deals and the Dubliner wants his engine room batsmen to raise their game to the next level.

“Our middle order probably hasn’t fired as well as we’d have liked, we weren’t as sharp as we normally are,” he said.

“We know we can chase 220 if we play really well because we’ve done it before. Taking advantage of the IPL is going to be huge because as a team and as individuals we don’t want to stand still, we want to continually move forward. The experiences over the next couple of months are probably the most valuable.

“My message is always to go to these tournaments and try to be the best player of the tournament because if that’s always your goal, if you fall short normally you will continually be improving.”

While England were out-bowled and out-hit in what was effectively a winner-takes-all final, Chris Jordan ensured their was only one piece of fielding that anybody would be talking about.

He produced the latest in a long line of stunning interventions to dismiss Suryakumar Yadav, sprinting round the boundary rope for a fabulous one-handed catch before flicking an offload to Jason Roy as his momentum carried him off the pitch.

Roy was openly laughing at the audacity of it as he completed the dismissal and Morgan was also incredulous.

“Some of his contributions in the field over the years are just remarkable, out of this world,” he said.

“It’s just stuff we cannot do, it’s pure natural ability and he seems to do it again and again. It’s a joy to watch and adds a completely different dimension to T20 cricket for the fans.”

India captain Virat Kohli, who top-scored with 80 not out, was a happy man as he took his own side’s winning streak to eight consecutive series.

He said: “It was complete game for us, we totally outplayed the opposition. I did enjoy all parts, it was a very clinical performance for us.”

He also suggested his move to open the batting alongside Rohit Sharma could be a permanent one, adding: “Now it’s about the two best players getting the maximum number of balls in T20 cricket.

“If we have a partnership and we are both set, you know one of us is going to cause serious damage.”