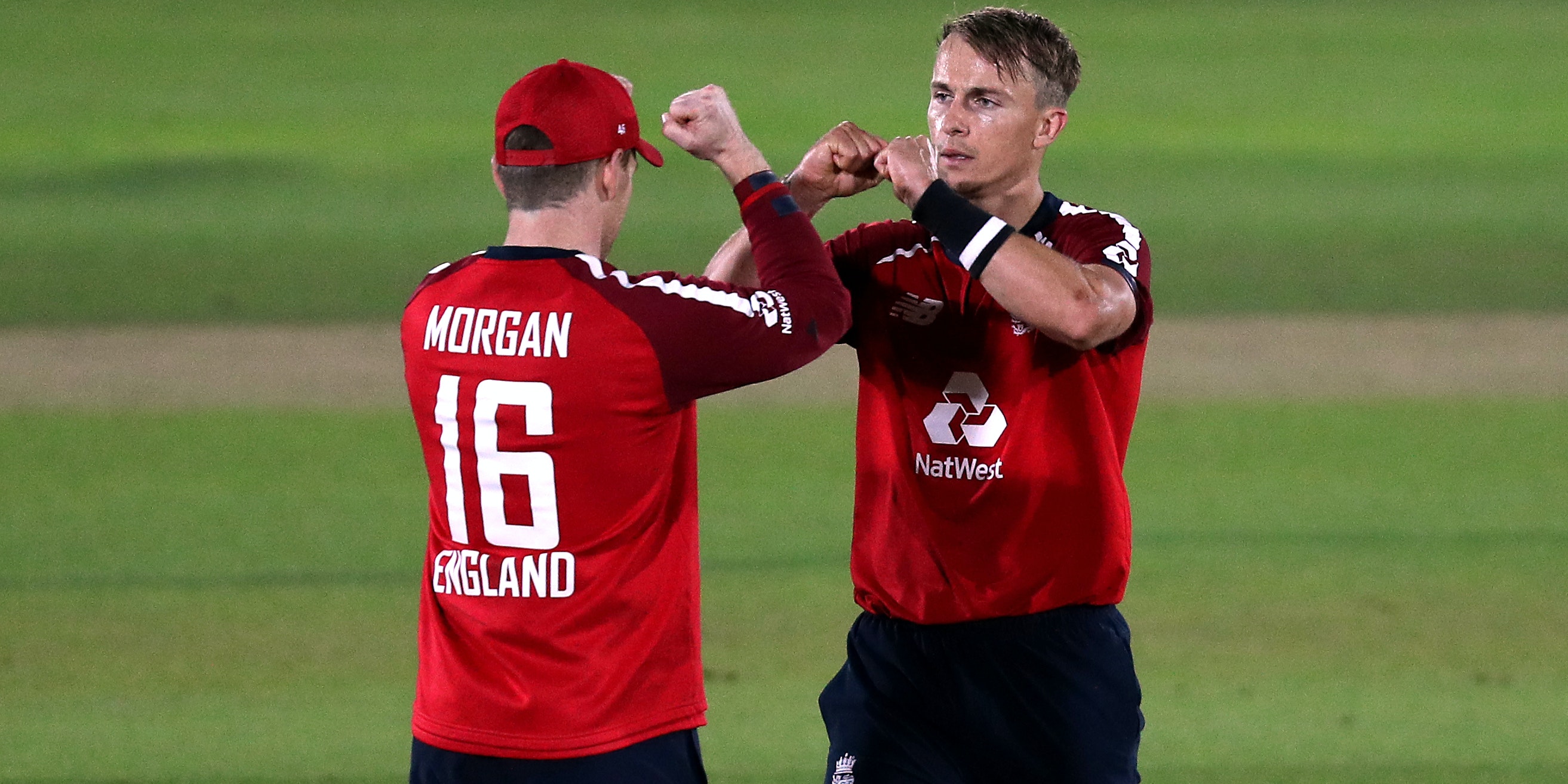 England captain Eoin Morgan talked up the leadership of Chris Jordan and Tom Curran after they helped produce an excellent fightback to beat Australia in the first of three Twenty20 internationals at the Ageas Bowl.

After setting 163 for victory, following a crucial 66 from Dawid Malan, the hosts were on the ropes with Aaron Finch and David Warner putting on 98 for the first wicket.

Jofra Archer made the breakthrough with Finch out four short of his fifty and he also saw off Warner for 58.

England were still outsiders at this stage with 34 needed off 28 balls and six wickets in hand, but Jordan conceded just four from the penultimate over to leave 15 needed off Curran’s last six balls and they went for just 12 to secure victory by two runs.

“It is the best case scenario and the best practise,” Morgan said.

“Everybody stood up. In the winter it was very similar in New Zealand and South Africa where Chris Jordan and Tom Curran led the attack and took the responsibility.

“It is quite a weighty responsibility but they see an opportunity to take the team forward and lead the team and they do it very well.”

While the focus was on Archer and Mark Wood playing white-ball cricket for the first time this summer, the regulars of the last 12 months showed their class in Hampshire.

Malan scored his seventh fifty in only his 14th T20I to rescue England from 108 for five and ensure they set a competitive total.

His 43-ball innings contained three maximums, all of them off Adam Zampa who saw his last over go for 22.

Buttler, after being part of the bio-secure Test bubble, had appeared to have England on course for a big total when he blitzed 44 off 29 balls but his dismissal sparked a collapse and the bowling attack had to work hard to restrict Australia to 160 for six.

Morgan added: “Given we have just come from a series (against Pakistan) where we went one up and lost the second game, we won’t be taking anything lightly.

“Australia are an extremely strong side, we didn’t bat well tonight but Dav and Jos did. We should have got more runs and I think our bowlers bailed us out.”

In his 50th T20I, Jordan was decisive with bat and ball and his unbeaten 14, which included a four from the last ball of England’s innings, was crucial before he conceded just 23 from his three overs.

Only Stuart Broad with 65 has taken more wickets for England in T20s than the Sussex seamer who remains on 61 after going wicketless at the Ageas Bowl in spite of a key display.

“We have shown a lot of faith in him because he has earned it, he has been one of our greatest ever bowlers and only sits behind Broady in the lead wicket takers,” Morgan said.

“For younger guys coming through, I think he sets a great example and given he has only come back from (bicep) surgery recently, he has done a great job.”

Warner top scored for Australia with 58 off 47 balls but could not get them over the line.

Archer bowled the opener and yet he departed in virtual silence with no fans allowed into the ground due to the coronavirus pandemic.

“It was the first time I have been here and not been abused because there was no crowd,” Warner said.

“But that’s why we love playing home and away. There’s home advantage and away advantage.

“It was a little bit bizarre, but we are always up and about – it’s international cricket. We are just grateful to be back here playing and we want to make the most of it.”