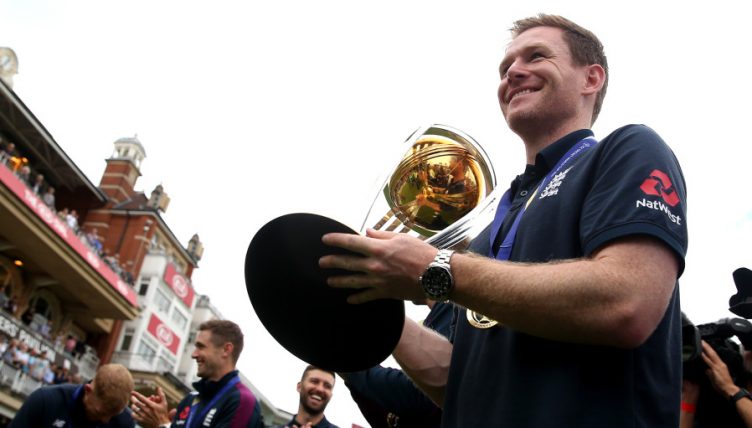 World Cup-winning captain Eoin Morgan has been selected to represent the Dublin Chiefs as their ‘icon’ player in the upcoming inaugural season of the Euro T20 Slam.

The tournament will be jointly held by the nations of Ireland, Scotland and the Netherlands, with a pair of teams representing each country.

The tournament is funded by Indian investors and each of the six teams are allowed a single ‘icon’ player as well as a sole ‘marquee’ player.

The squads will consist of between 16-18 players with a limit of seven overseas recruits set.

Following on from leading England to their maiden World Cup success, Eoin Morgan was the highest profile draftee and his selection to his home country’s Dublin outfit seems only fitting.

Are you excited to see him a don a Green jersey again?

The teams and their icon/marquee players are as follows:

The 33 matches will be played at three grounds: Malahide Cricket Club Ground, Dublin, The Grange Club, Scotland and the VRA Cricket Ground, Amsterdam.

The competition is due to take place between August 30-September 22 and will get underway with it’s first match being a Dutch derby between the Amsterdam Knights and Rotterdam Rhinos in Amsterdam.