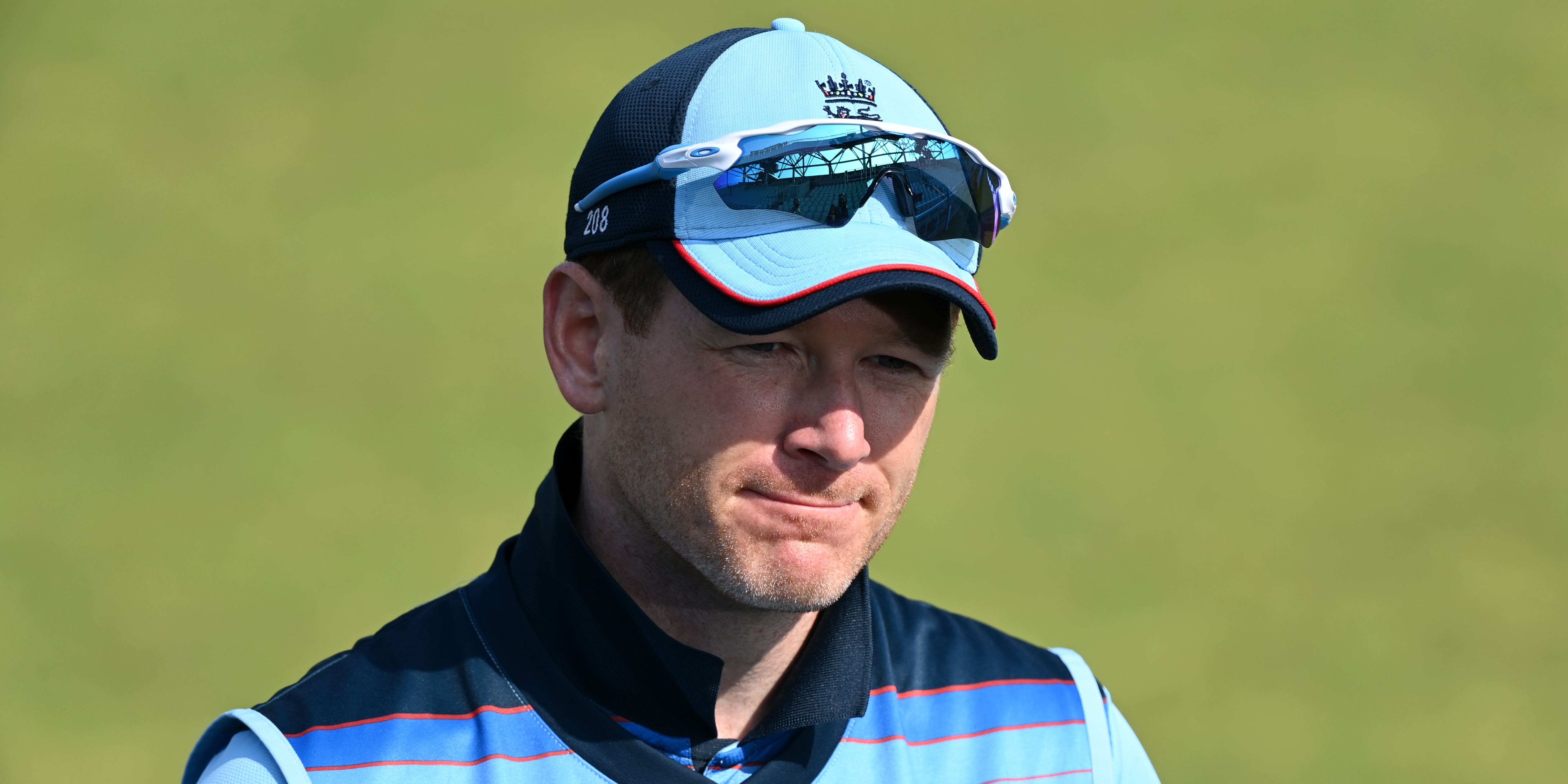 World Cup-winning captain Eoin Morgan has no regrets about retiring from international cricket, admitting that continuing his England career would have made him “an imposter”.

Morgan announced his departure at Lord’s on Tuesday, closing the loop of his career at a venue that is not only his home ground but the scene of his greatest triumph.

Having led England’s transformation from limited-overs Luddites in 2015 to the leading white-ball team on the planet and world champions four years later, he lifted the trophy after a dramatic final at the home of cricket.

The 35-year-old need look no further than that moment for his lasting legacy to the game, but he also walks away with a quartet of records under his belt as England’s leading cap holder and run-scorer in both 50 and 20-over formats.

But with form and fitness letting him down Morgan admitted that his race was run after back-to-back ducks against the Netherlands, waking up in Amsterdam last Monday with a conviction that time was up.

He sat out the final match of the series with a minor groin injury, unmoved by the idea of taking the field one last time and instead leaving his post less than four months before the Twenty20 World Cup in Australia. Jos Buttler, who deputised for him then, is set to make the arrangement permanent.

“It goes against everything I stand for, I just would have felt like an imposter,” he said, when asked about the appeal of a farewell appearance.

“I’m very happy with my decision. The day it hit me I was emotional, it was a difficult day, but since then I’ve been very content. I’d reached the end of the road.

“Yes, I was out of form, but previously when I’ve been out of form I’ve been able to see a picture out of it.

“Equally, if the team were doing crap, I could see a picture out of it. But I couldn’t see either. The World Cup is in October and the feeling that day…it felt a million miles away.”

Reflecting on the precise moment of realisation, he said: “Last Monday, a little over a week ago, I remember going to bed having written notes about various different things, team-orientated towards the World Cup: how to get there, what we’re doing, normal run-of-the-mill stuff that I do.

“I slept well but I woke up the next morning with a completely different feeling, one that I’ve never had before and one that’s hard to describe unless you go through it.

“I’ve done a lot of research over the last three years to lead into this transition, talking to a lot of different players about it, and the most common theme is it’s a feeling – when you know, you know.

“I always thought they were full of s***. Genuinely. I used to sit there and think ‘I’m not sure about that’. But on the Monday that’s how it felt.

“I think it’s helped that I’ve planned for it along the way and there’s been contingency plans, both for myself and the team. So it’s made it a lot easier.”

Morgan’s first move is into the commentary box, where he will work for Sky as a pundit on his former team-mates as they take on India and South Africa next month. He will also continue to represent Middlesex, lead London Spirit in The Hundred and has not ruled out seeking further franchise deals.

But the next stage of his professional life is already beginning. He has made it clear he will make a clean break with England, allowing his successor and new head coach Matthew Mott to build their own foundations, but is open to future off-field roles and has already started a post-graduate diploma in strategic leadership and governance.

“The last couple of years I’ve started to think I could offer more within the game, but I haven’t identified a role,” he said.

“I’m trying to see where my skillset would fit in along the line. Initially, it’s stepping back from the game but it’s important to keep a finger on the pulse with exactly what’s going on and how the game is continuing to evolve.

“I don’t spend a lot of time in the boardroom, so I don’t know how that would work, but I’m doing a course at the moment to allow me to sit on a board at some stage.”

His trajectory could yet follow that of Rob Key, a former England international who now holds power as managing director of men’s cricket.

He led the ECB’s tributes to Morgan, saying: “I’d like to thank Eoin Morgan for his outstanding contribution to the game.

“It will be wrong to think Eoin’s legacy was just winning the World Cup in 2019; it is far greater than that.

“He is, without question, the best leader I have seen. I wish him well in the next chapter of his career.”