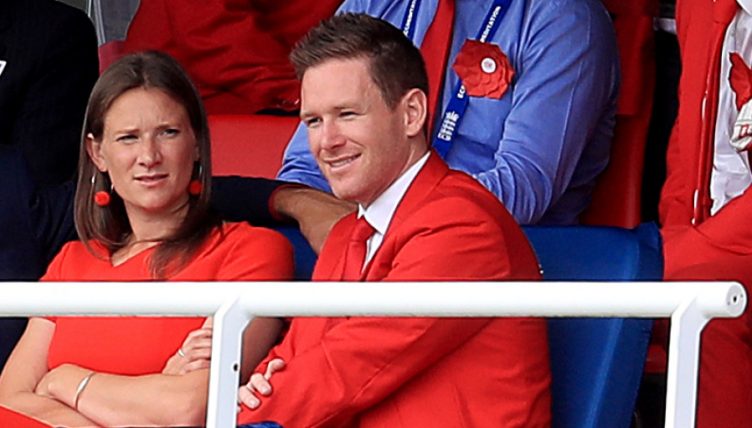 England’s World Cup-winning captain Eoin Morgan has admitted he would love to remain as England’s skipper in the T20 format, but revealed that he has not yet come to a decision on whether it is the right move to continue on or whether he should step aside.

Morgan lead England to their maiden 50-over World Cup triumph last month in a calm, controlled and statesman-like fashion.

But the 32-year-old was hampered by a troublesome back injury throughout the majority of the tournament, and speculation has been rife as to whether Morgan should continue on as captain if the likelihood of him still being captain at future global tournaments is slim.

“I actually need the season to end pretty soon so I can have that time to physically get fit and guarantee it’s not an injury risk between this year and next and then I’ll be able to make a call on it.”

When questioned as to whether he still has the desire to captain England, Morgan replied: “Absolutely, who doesn’t?

“But I don’t want to let anybody down. When you lead, you have to lead from the front. And you have to be physically fit to start, fighting form is another thing. Hopefully that works itself out.”

The ECB’s director of cricket, Ashley Giles, has so far been keen to give Morgan as much time as he requires to come to the right decision for all concerned.

“I’ve not talked to him yet and I’ve done that quite purposely. I want to give him some time,” said Giles.

“We’ll have a chat at some point but he’s still probably got to come back down to earth, do some thinking and then we’ll get together and have a chat. We’re not rushed at the moment.”

Should Morgan intimate that he may relinquish the role of captain in at least the T20 format, England will likely want to name a replacement before the five-match T20 series versus New Zealand starting on November 1.

Ex-England director of cricket, Andrew Strauss, last month named who he would like to see succeed Morgan should the Irish-born skipper call time on his captaincy career.