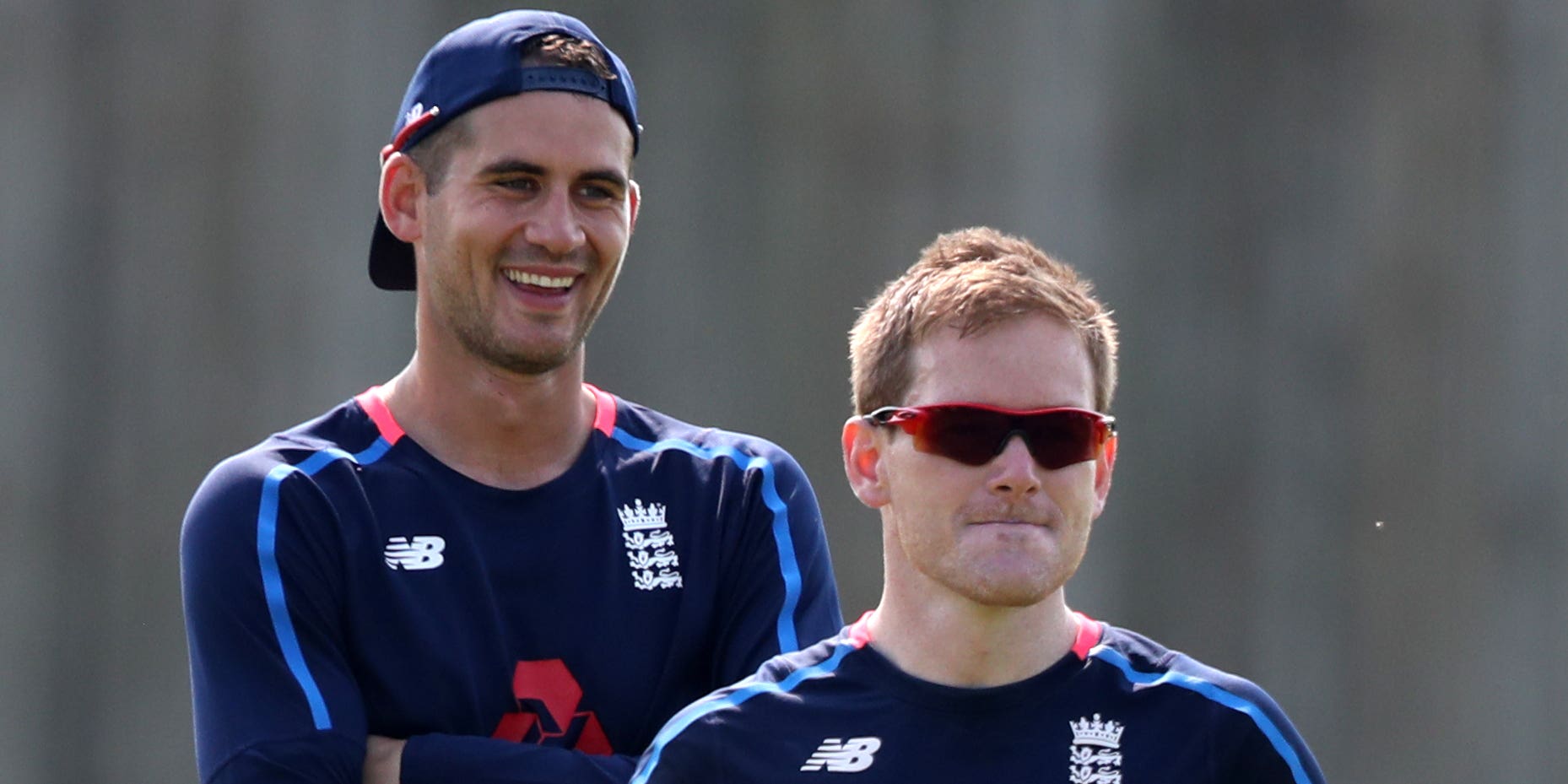 Alex Hales’ chance of making a redemptive England return in time for this year’s Twenty20 World Cup appear to be receding, with captain Eoin Morgan insisting he is not in need of top-order reinforcements.

Hales has not played for his country since March 2019, exiled on the eve of the 50-over World Cup following a failed drugs test.

England went on to win that tournament without him but the issue of his potential reintegration has risen up the agenda due to the 32-year-old’s red-hot run of form over the past 12 months.

He has become one of the most reliable players on the T20 franchise circuit and played a blinder for Sydney Thunder at the recent Big Bash League, topping the charts with 543 runs at a punishing strike-rate of 161.60 per hundred balls.

National selector Ed Smith has floated the idea of inviting Hales to train with the side in the English summer as the first stage of a possible reconciliation, but Morgan is widely believed to hold the casting vote on such matters and appears steadfast.

As he prepares for a five-match T20 series in India, a de facto dress rehearsal for the tournament this autumn, he seems more than happy with a status quo that sees the likes of Jonny Bairstow, Jason Roy and Dawid Malan heading up the England card.

“I think our position on Alex still remains the same,” said Morgan.

“He’s not in the squad and the squad is very difficult to get back into. Alex’s situation is obviously very unique, the quality of the player that he is has never been in doubt. Like I’ve said before, time is a great healer.

“Only time will tell, but you look at the strength of our squad at the moment and areas that we’re trying to improve – one area we don’t struggle for players, it’s probably in the top three.”

Morgan received a text from Hales last year, though still says “we haven’t spoken yet”, and in the absence of a vacancy in the squad it seems an appearance at training might be the best the Nottinghamshire batsman can hope for in the short term.

“One area every summer that we try and grow and learn more about is players outside of the squad,” he said.

“We’ll have guys come in and bowl, bat in the nets and just be around the group. Last summer, we weren’t able to do that but this summer it’s looking like restrictions and bubbles will be a little bit more relaxed, depending on vaccinations and spikes. It could present an opportunity to have Alex in and around.”

Meanwhile, Morgan has promised there will be no complaints from him if the pitch in Ahmedabad continues to leave batsmen in a spin.

The Test series against India saw England fumbling for answers against Ravichandran Ashwin and Axar Patel, who took advantage of lavish turn to claim a combined 59 wickets in a 3-1 win over Joe Root’s side.

The conditions were condemned by some as unfit for international cricket but Morgan has made it clear he wants hard questions posed before England return to India for the next global tournament.

“Naturally the square itself does offer a bit of turn – which is what we want from this tour,” he said.

“Going back to the 2016 World Cup in India, we didn’t necessarily play on big turners but there were some really, really low-scoring games on really dry surfaces.

“We want to go through that ourselves. On a turning pitch like we witnessed in 2016 – 120 plays 90, very low scoring games in this day and age – that’s an area we need more experience in because we’ve not played in a lot of games like that.”