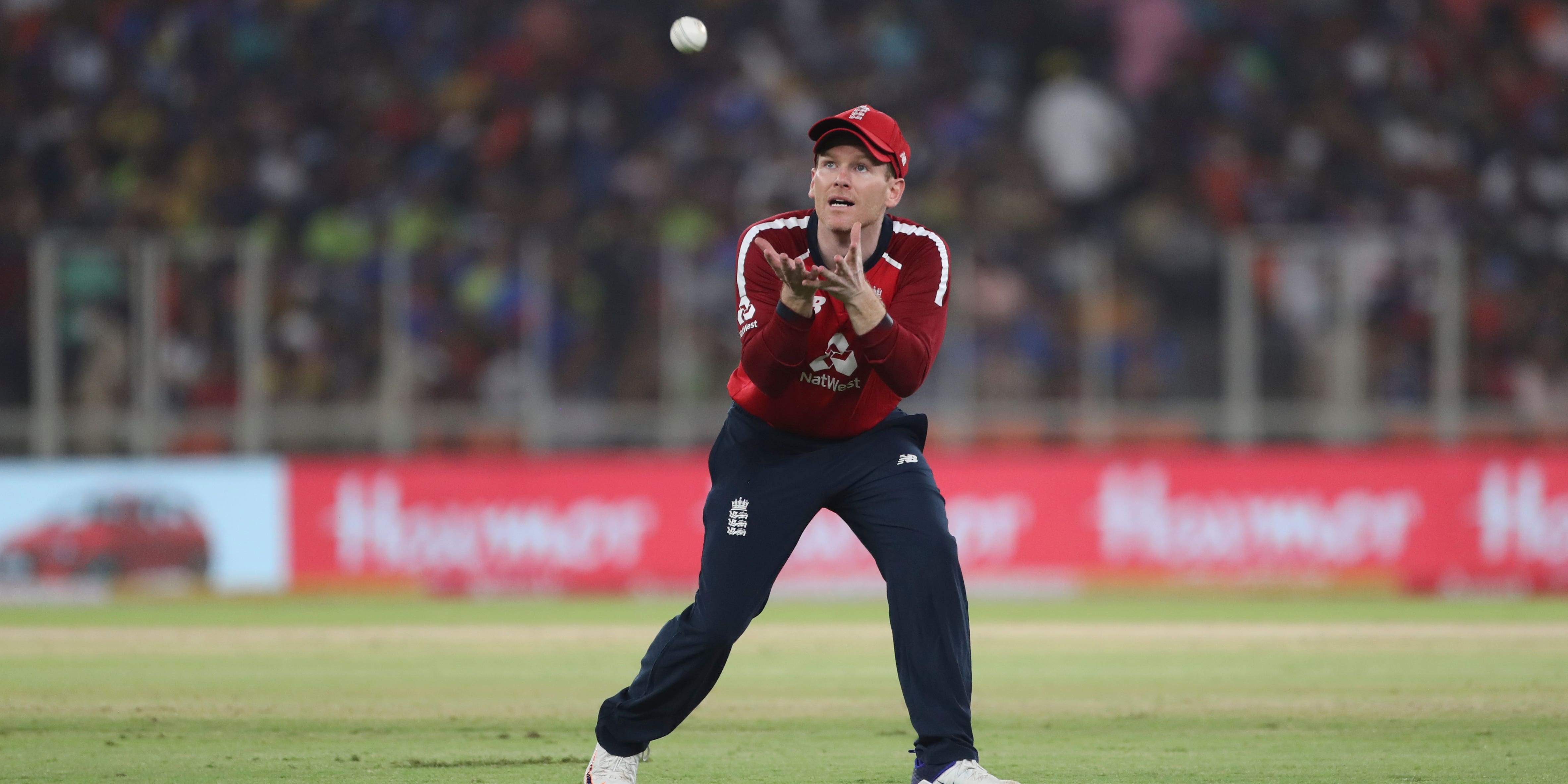 England captain Eoin Morgan told his side to learn some tough lessons after India levelled the Twenty20 series with a comprehensive seven-wicket win.

The teams are tied at 1-1 after Virat Kohli saw his side past their target of 165 with an unbeaten 73, building on a thrilling half-century from debutant Ishan Kishan.

Morgan has billed this five-match contest as a chance for England to improve their play in Indian conditions ahead of this winter’s 20-over World Cup and, while he would rather do that while stringing together wins, he is also looking for value in defeat.

England will ultimately reflect that they were tied up too efficiently in the last five overs of the first innings, scoring just 35 for the loss of two wickets, and failed to shut down the boundaries with ball in hand.

Between them Tom Curran, Chris Jordan and Ben Stokes served up 5.5 overs at an eye-watering cost of 81 runs.

“The pitch played quite slow and quite low. It was one that probably does expose our weakness,” Morgan admitted in a candid post-match assessment.

“This took us out of our comfort zone. It was really a typical Indian wicket, like we would play in an IPL game. We don’t play on a lot of low, slow wickets and the more we do, the better. To become better in these conditions, the only way you do that is by playing and making mistakes.

“You do tend to learn quicker if you’re winning and confident and everything’s running reasonably smoothly, but if we have to learn the hard way then we are still going through that process. We’re trying to learn game on game so that when it comes to the World Cup here in seven months’ time we can be best prepared and know more about ourselves.”

The day was not without positives for the tourists. Jason Roy followed up Friday’s 49 with another positive knock of 46, banishing concerns over his form at the back end of last year, while Sam Curran and Jofra Archer both turned in accomplished spells that their fellow seamers could learn from.

For Tom Curran, Jordan and Stokes, Morgan had words of advice.

“We could have been more accurate in the lines and lengths we bowled. India came out all guns blazing and managed to get away,” he said.

“When we went back to the basics of taking pace off the ball we didn’t do that well enough.”

Kohli did what he does best by seeing the chase through to a triumphant conclusion, ending with a flourish by whipping Jordan for four then pulling him off his nose for six, but deferred the praise to his junior partner.

Having picked Ishan ahead of the experienced Shikhar Dhawan and the rested Rohit Sharma, he was rewarded with a joyous display at the head of the innings. Tried and tested in the IPL with Mumbai Indians, the 22-year-old showed no trace of nerves as he clattered four sixes and five fours to down the world number ones.

“I tried to do what I can but totally took the game away from the opposition. He followed his instincts and played a quality innings on debut. He was attacking, but not reckless, and that counter-attacking innings was something the team needed.”