EP through to Africa T20 knockout 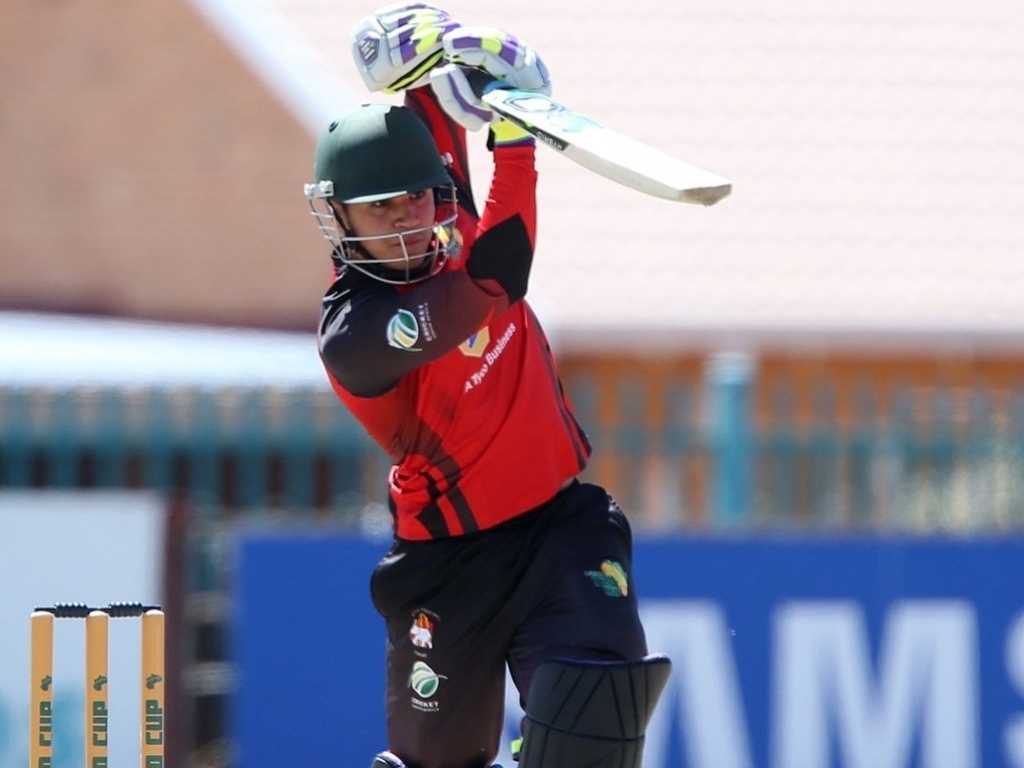 Eastern Province made short work of wrapping up Pool D at the Africa T20 Championship at Boland Park on Sunday when they claimed a bonus point win by 55 runs over KwaZulu-Natal.

They finished top of the log with 13 points from their unbeaten weekend, leaving Gauteng and Boland to fight for the prestige of being runner-up in this afternoon’s match.

They now join North West, Zimbabwe and Northern Cape as the four semi-finalists to take part in the finals weekend next Friday and Saturday.

The reason for Eastern Province’s success is not hard to find. Three of their players put in career best performances today with Man of the Match Eddie Moore scoring 56 off 39 balls with 4 fours and 2 sixes, Matthew Christensen 40 off 36 balls with 2 fours and a six and fast bowler Solo Nqweni 3/16 in 4 overs. It has truly been a team effort.

Moore and Christensen shared a second-wicket partnership of 99 for the second wicket after KZN had won the toss and opted to field while Nqweni and Sisanda Magala (4/9) proved far too good for their opposing batsmen, between them taking 5/35 in 7 overs.

It has been a wonderful comeback for Nqweni who was one of South Africa’s outstanding under-19 fast bowling finds a few years ago but then found himself out of the game for a year as he had to remodel his action which had been found to be illegal.

The result is that he has added a lot of skills to his game, no longer relying on sheer pace but bowling an impressive number of variations. He has come out of this weekend’s pool pay with 5 wickets at a cost of 6.60 runs and the outstanding economy rate of 4.71 runs per over.

His setbacks have also made him a much tougher competitor mentally as well and he, Moore and Christensen will surely all get the opportunity to break through to the franchise level.

KZN will be very disappointed with their performance over the last three days and by no means least with the form of some of their senior franchise players.

The draw for the finals weekend as well as the venue will be announced at the conclusion of the Pool D round.