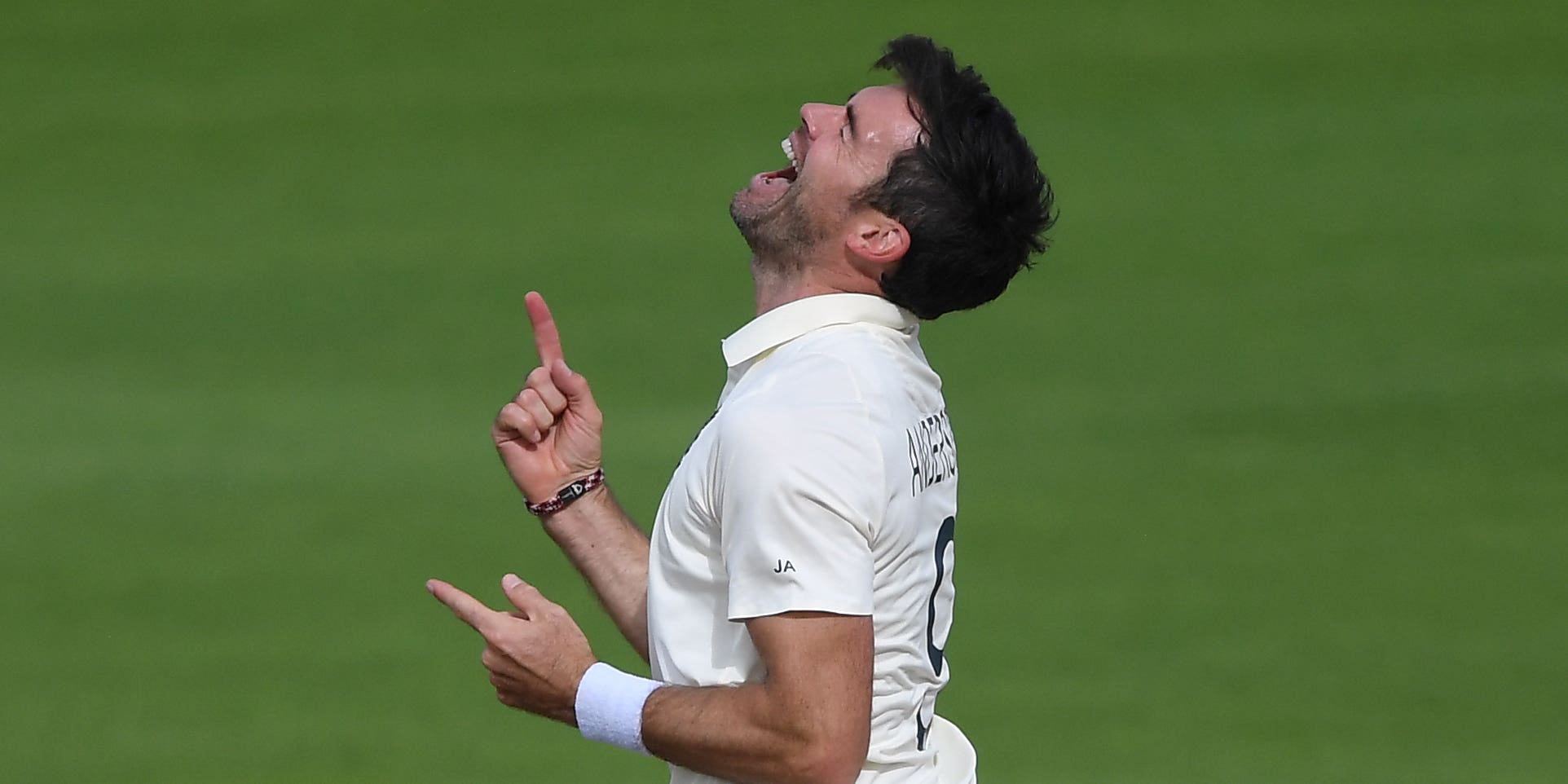 James Anderson has become well used to rewriting the history books, but even he accepts there is something “mind-blowing” about the next landmarks on his horizon.

When the 38-year-old takes the field against New Zealand next week at Lord’s he will equal Sir Alastair Cook’s England record of 161 Test caps, a quite remarkable feat for a fast bowler.

Should he achieve his stated goal of playing all seven matches this summer, Anderson would sit third on the sport’s all-time list, behind only Steve Waugh, Ricky Ponting and Sachin Tendulkar as the most travelled Test cricketer ever.

He is already the most prolific seamer the format has seen, with 614 wickets, and now sits just eight short of the 1,000 mark in his first-class career.

That is a feat which has become vanishingly rare in the era of Twenty20 paydays and workload management, with Andy Caddick the last English paceman to do so in 2005 and spinner Robert Croft following two years later.

“For a bowler to play this amount of games, I don’t know what the word is, but it’s a bit mind-blowing to me,” he said.

“It does make me feel proud. I never imagined in a million years I’d get to this point. I don’t feel like I’ve played that many games. My body doesn’t feel old or tired.

“I just absolutely love Test cricket, I’ve got a huge passion for it. Growing up, that’s all I wanted to do is play Test cricket for England and I’m honoured I’ve been able to do it for this long.”

The current injury plight of one of Anderson’s more recent team-mates, Jofra Archer, is a timely reminder that longevity is not just a function of the professionalism and dedication the Lancastrian is renowned for.

While Archer begins the long road to recovery after surgery on his troublesome elbow, the elder statesman of the attack is grateful to be fresh heading into the 18th international summer since he first wore the Three Lions.

“Touch wood, I’ve not had career-threatening injuries. To get to 38 and be in that position makes me feel really privileged,” said Anderson, who appeared in the LV= Insurance video ‘In With Heart’ celebrating England’s cricket community.

“I’ve been so lucky when you look around cricketers in England, be it county cricket or international, and the people who get long lay-offs like Jofra at the minute. I think about Simon Jones, people like that, whose careers are seriously affected by injury.

“Of course you get injuries and have to bowl when it hurts a bit but I actually get some pleasure out of that. Putting the hard yards in, that’s when it means the most.

“Bowling 10 overs on a green seamer doesn’t really do it for me. I want to put a shift in for the team when it’s tough.”

It is that kind of attitude that has kept Anderson harvesting wickets by the hundred, seeing off legions of rivals, team-mates and trends along the way.

As a youngster with England he played alongside Caddick, as well as another member of the 1,000-wicket club Martin Bicknell, but accepts that the line may end with him.

“It’s a lot of wickets and in this day and age I don’t know if it’s possible to get that many first-class wickets any more,” he said.

“With the amount of cricket that’s played there doesn’t seem to be that longevity in bowlers any more, and there’s loads of T20 cricket and whatever else going on around the world. I’m just happy to still be here, to be honest.”

When the landmark moment does arrive, there will at least be supporters in attendance to mark the occasion.

He celebrated his 600th Test wicket behind closed doors at a locked down Ageas Bowl last year and is excited by the prospect of some normality returning, with crowds of 7,500 at Lord’s and up to 18,000 at Edgbaston after the second Test was nominated as a pilot event.

“It’s going to be pretty special having people there. I’m not sure if soulless is the right word, but it’s just not international cricket without fans there,” he added.

“As players we get the impression everyone has missed it a fair amount. We’ve missed having fans there and they’ve missed watching us live.”