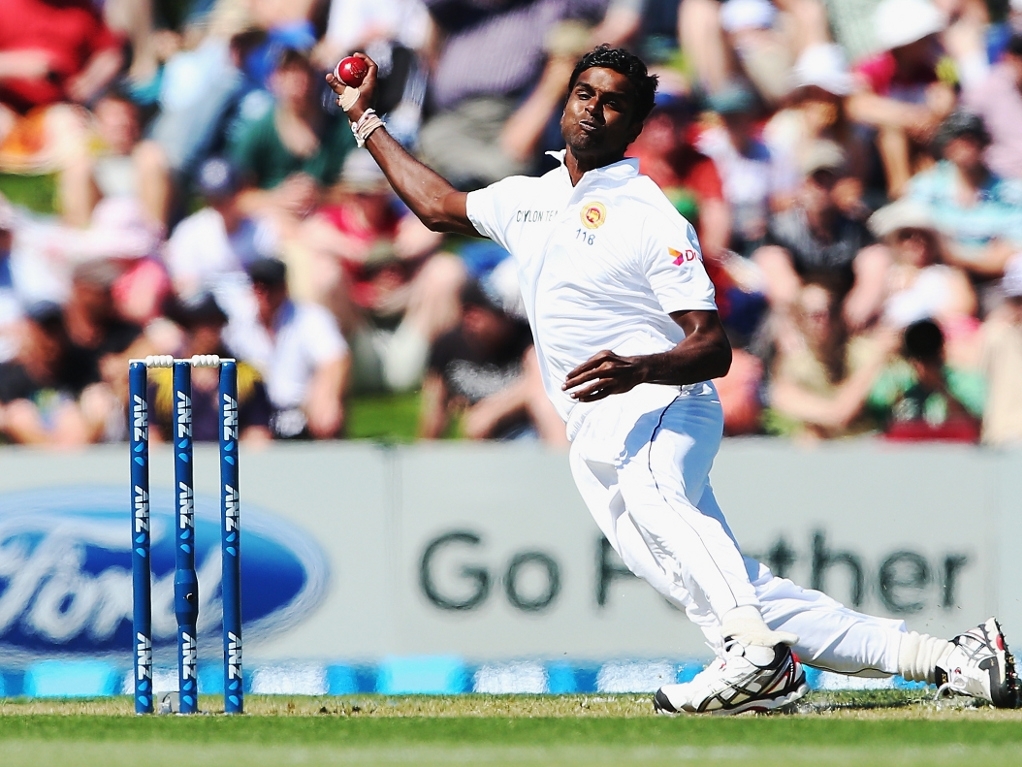 Sri Lanka paceman Shaminda Eranga has been admitted to hospital in Dublin to undergo tests on an elevated heartbeat after experiencing discomfort during Sri Lanka's 136-run win over Ireland on Saturday.

The 29-year-old is currently in a stable condition but will remain in hospital in Ireland until Monday.

Sri Lanka team manager Charith Senanayake told ESPNcricinfo: "Eranga had an elevated heartbeat prior to the innings commencing and was taken to hospital for tests. He's doing good but in hospital till Monday to complete all tests."

The Asian side start a five-match ODI series against England in Nottingham, on Tuesday, and Eranga will now be a serious doubt for those games.

The right-arm bowler's part in the series was already in doubt after he was reported for an illegal action by the umpires in the Test series.

He underwent tests in Loughborough on June 6, with the results expected back soon.