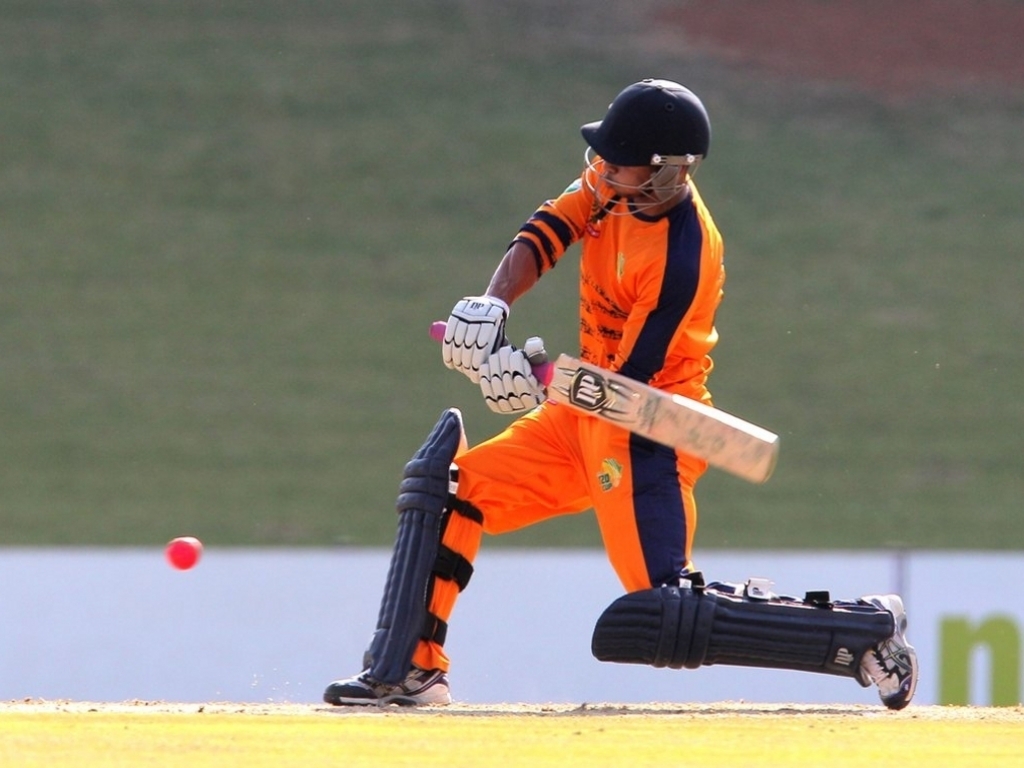 Michael Erlanck hit an unbeaten half-century, finishing the match with a six that took him to his 50, to lead Free State to a seven-wicket victory over the Zimbabwe XI in the opening Pool C match at the Africa T20 Cup competition at Buffalo Park today.

At one stage it looked as though they might secure a bonus point as well as Andries Gous and Erlank scored 54 in the six power play overs and finished with an opening stand of 79.

They promoted pinch hitter Dillon du Preez to No. 3 to push for the bonus point but in the end they had to settle for the straight win by a comfortable margin with 11 balls to spare.

Zimbabwe’s total of 149/8 was a par effort but they paid the price for several of their batsmen getting started but failing to push through as Erlank had done.

Teenager Ryan Murray, a member of their under-19 World Cup squad last year, made their top score of 34 (22 balls, 4 fours) before being run out by some smart work by Tshepo Ntuli in the deep.

Their other failing was the number of catches that were spilled, most of which were regulation chances.

Apart from Erlank, one of the standout players for Free State was Leus du Plooy. In the words of coach, Alan Kruger, everything he touches seems to turn to gold. He took 2/14 in 3 overs of tidy orthodox left-arm spin and then struck 13 runs off 8 balls towards the end including the biggest six of the day.

He came to the crease when the batsmen were struggling to keep the board moving on a surface that was getting progressively slower and lower and timed the ball effortlessly throughout his innings. This 21-year-old is certainly one to mark down for the future.