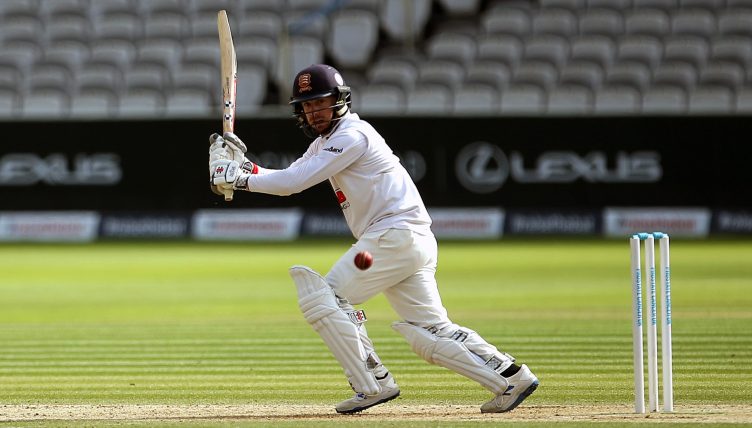 Essex established a potentially decisive first-innings lead over Somerset to take control of the Bob Willis Trophy final on day four at Lord’s.

Sir Alastair Cook’s classic 172 left the Chelmsford-based team on 271 for six overnight, needing another 31 runs to nip in front of their opponents. They duly got them and progressed to 337 for eight in their allotted 120 overs.

Essex have one hand on Bob Willis Trophy

In accordance with the playing conditions of this inaugural season decider that now means Essex will take the trophy in the event of a draw on Sunday.

When play got under way at 10.30am Somerset would still have fancied their chances of taking that advantage for themselves, but by 11am those hopes had vanished.

It was a slightly ill-disciplined start from the bowling attack, allowing 14 extras in that time to make it virtually impossible to build up early pressure.

Two sets of leg-byes skidded to the boundary in the first couple of overs, there were two no-balls from Lewis Gregory and the runs which finally got them past Somerset’s 301 all out came from four byes slipping past Steve Davies.

All-rounder Gregory had been excellent with the ball on the third day, taking four wickets including the crucial scalp of Cook late on, and he was the man to push things forward again when he bowled Jamie Porter to complete his five-for.

He followed up by having Simon Harmer well caught by Craig Overton for a duck, finishing with figures of six for 72. Adam Wheater steered the innings to its mandatory conclusion at the 120-over mark, putting on 34 with Aaron Beard.

That left seven overs for Somerset openers Ben Green and Tom Lammonby to face before lunch, with the pair making 12 without loss.