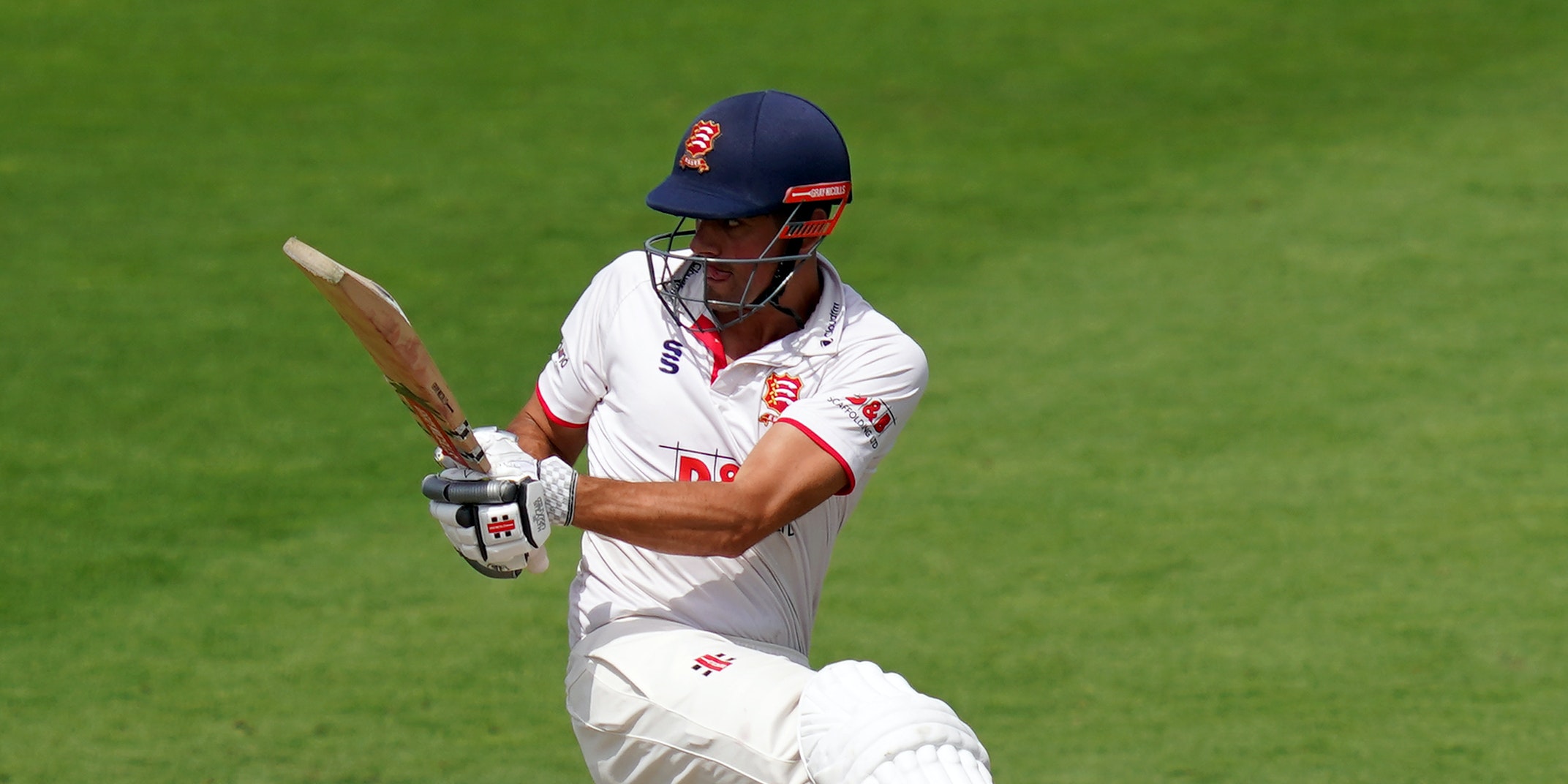 County champions Essex lost their 100 per cent record in the Bob Willis Trophy as they were forced to watch their clash with Hampshire slide into a rainy draw.

Rain fell constantly overnight at Arundel to add further squelch to the already soggy outfield before an early afternoon downpour ended any hope of play – with the shared points confirmed after a 2pm inspection.

A positive result, either way, had been made nearly impossible due to a washed-out opening day before only 78 overs, dotted around heavy showers, across the second and third days.

Both sides will take nine points, eight for the draw plus a bonus point, from the match.

Craig Overton finished with figures of five for 26 as Somerset wrapped up a thumping 314-run win over Gloucestershire, who were twice bowled out for under 100.

After a delayed start, the hosts needed just 15 minutes to claim Gloucestershire’s last two wickets and move to the top of the Central Group. Overton took one of them and the last fell to Jack Brooks to complete a game dominated by Somerset’s potent seam attack.

The hosts took 20 points to boost increasing hopes of reaching the Lord’s final, while Gloucestershire had to settle for three having been comprehensively outplayed.

Darren Stevens celebrated being offered another year’s contract by Kent at the age of 44 by taking four for 41 to spearhead a thrilling 17-run victory over Surrey at the Kia Oval and keep his side’s qualification hopes alive.

Surrey, needing 192 to win from 62 overs after bowling Kent out for a second-innings 127, were dismissed for 174 deep into the final session of a memorable contest.

Matt Milnes was Kent’s other bowling hero, taking four for 57 – including the dramatic final wicket – and produced superb deliveries to bowl both Sam Curran and Rikki Clarke either side of tea.

Leicestershire’s batsmen dug in to force a draw after only 22.2 overs were possible on the final day of the match against Nottinghamshire at the Fischer County Ground.

Heavy rain prevented play before 2.15pm, but when Leicestershire quickly lost the wicket of captain Colin Ackermann, leg before for 65 after being hit on the back pad stretching forward to defend a Peter Trego in-swinger, the Foxes’ lead was only 29, with six second-innings wickets in hand.

The pitch was still flat, however, and the strong winds made bowling from the Pavilion End close to impossible, with Trego forced to reduce his run-up to four or five paces.

And with George Rhodes continuing to play as obdurately as he had the previous evening – he faced 107 deliveries for his unbeaten 22 – the hosts extended their lead into three figures before another rain shower shortly after tea caused umpires Nick Cook and Hassan Adnan to decide enough was enough.

Derbyshire have shown they can compete with the bigger counties after a draw with Durham kept them in with a chance of reaching the
final.

After heavy rain prevented any play on the fourth day at Emirates Riverside, Derbyshire took 14 points to stay top of the North Group on 71, five clear of Yorkshire with one round of matches to play.

Derbyshire, who have so far beaten Nottinghamshire, Leicestershire and drawn with Yorkshire and Durham, now face Lancashire starting at Liverpool on September 6th.

Storm Francis cleared in time for Northamptonshire to complete a six-wicket victory over Glamorgan.

Gay, who finished unbeaten on 77, shared 106 for the second wicket with first-innings centurion Charlie Thurston (64) before captain Ricardo Vasconcelos saw them over the line.

Worcestershire’s Central Group encounter with Warwickshire was an early victim of the weather after heavy overnight rain, with play was abandoned at 10.25am.

Yorkshire and Lancashire also endured weather frustration as their clash at Emerald Headingley finished in a rain-soaked draw, with the match abandoned at 10.30am ahead of the final day.