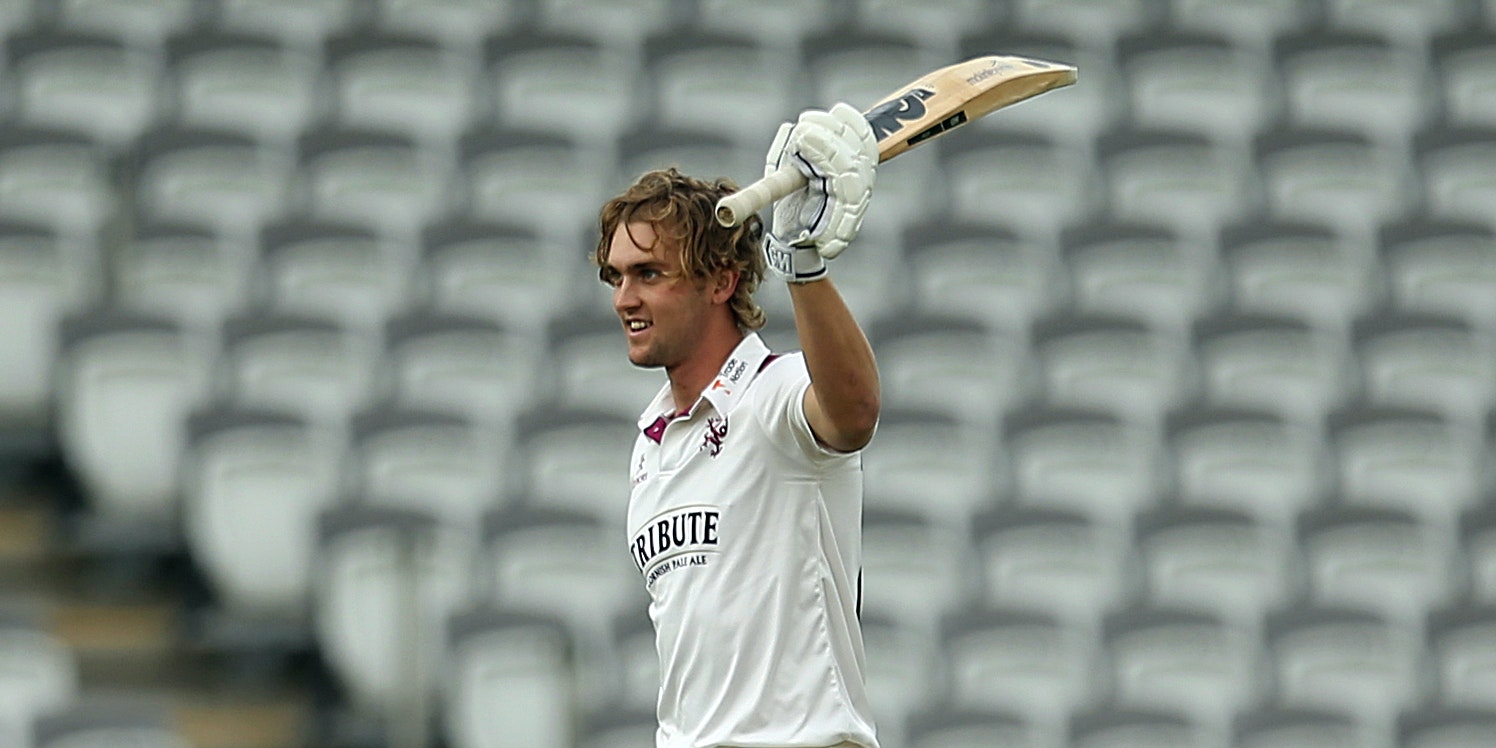 Somerset youngster Tom Lammonby scored a high-class hundred on day four of the Bob Willis Trophy final but reigning county champions Essex will take an important advantage into the conclusion at Lord’s.

The 20-year-old left-hander had yet to make his first-class debut when this competition was conceived but has now scored three centuries in as many matches, burnishing his growing reputation here with a vibrant 116 in 151 deliveries.

Somerset fight back but Essex in charge

Yet it may not be enough to halt Essex’s dominance of the country’s first-class game, with their first-innings advantage of 36 enough to ensure they will walk away victorious even in the event of a drawn match.

Playing conditions dictate that will be used as a tie-breaker in the event of neither side managing an outright win on Sunday, and Essex guaranteed they would be the beneficiaries as they moved past Somerset’s mark of 301 in the first half-hour of play.

They finished on 337 for eight when their innings came to its mandatory conclusion after 120 overs – before reducing their opponents to 227 for seven at stumps.

Lammonby’s efforts, which followed unbeaten tons against Gloucestershire and Worcestershire in the group phase, ensured the Taunton-based side head to day five with a 191-run lead and a viable chance. To take it they will need to run through an Essex line-up who owe their present position to Sir Alastair Cook’s wonderful 172.

Essex started the day on 271 for six, still needing another 31 runs to secure the potentially decisive first-innings advantage. It took them just half-an-hour to get them, with Somerset untidy in offering up 14 extras.

The last batch of four byes that slipped through Steve Davies’ gloves were the ones that took Essex past Somerset, though Lewis Gregory’s double strike at least ensured there would be no rapid accumulation.

The all-rounder finished with six for 72, just rewards for the additional responsibility he shouldered as Jack Brooks nursed an injured thumb.

The end of the innings left Ben Green and Lammonby seven overs to face before lunch and they saw them through safely, with Lammonby getting his first runs of the match following a day-one duck.

The afternoon session saw Somerset clear the remainder of the 36-run deficit, Lammonby taking the lead as he pushed the first-wicket stand to 50 in the 17th over and doubling it by the end of the 27th.

Lammonby faced up well to Jamie Porter and Sam Cook but it was his willingness, and ability, to take on Simon Harmer that caught the eye. Consistently the most dangerous spinner on the domestic circuit, the South African did not concede a run from his first 20 balls.

Lammonby ended that sequence by stepping down the pitch and lifting him over mid-on, opening the floodgates somewhat as Harmer gave up five boundaries and a six, from Green, in his second batch of 20.

Aaron Beard had Green caught slip for 41 but Lammonby took the seamer for three fours in an over as he stood tall on the back foot and punched through cover.

From a position of 155 for one Porter stood up for Essex, taking care of Tom Abell (15), Eddie Byrom (one) and George Bartlett (five) to halt the charge. He added a fourth wicket when Alastair Cook brilliantly caught Gregory at slip, before Harmer finally got the key scalp.

Finally finding some elusive turn he had Lammonby lbw and then drew a nick from Davies before bad light intervened late in the day.