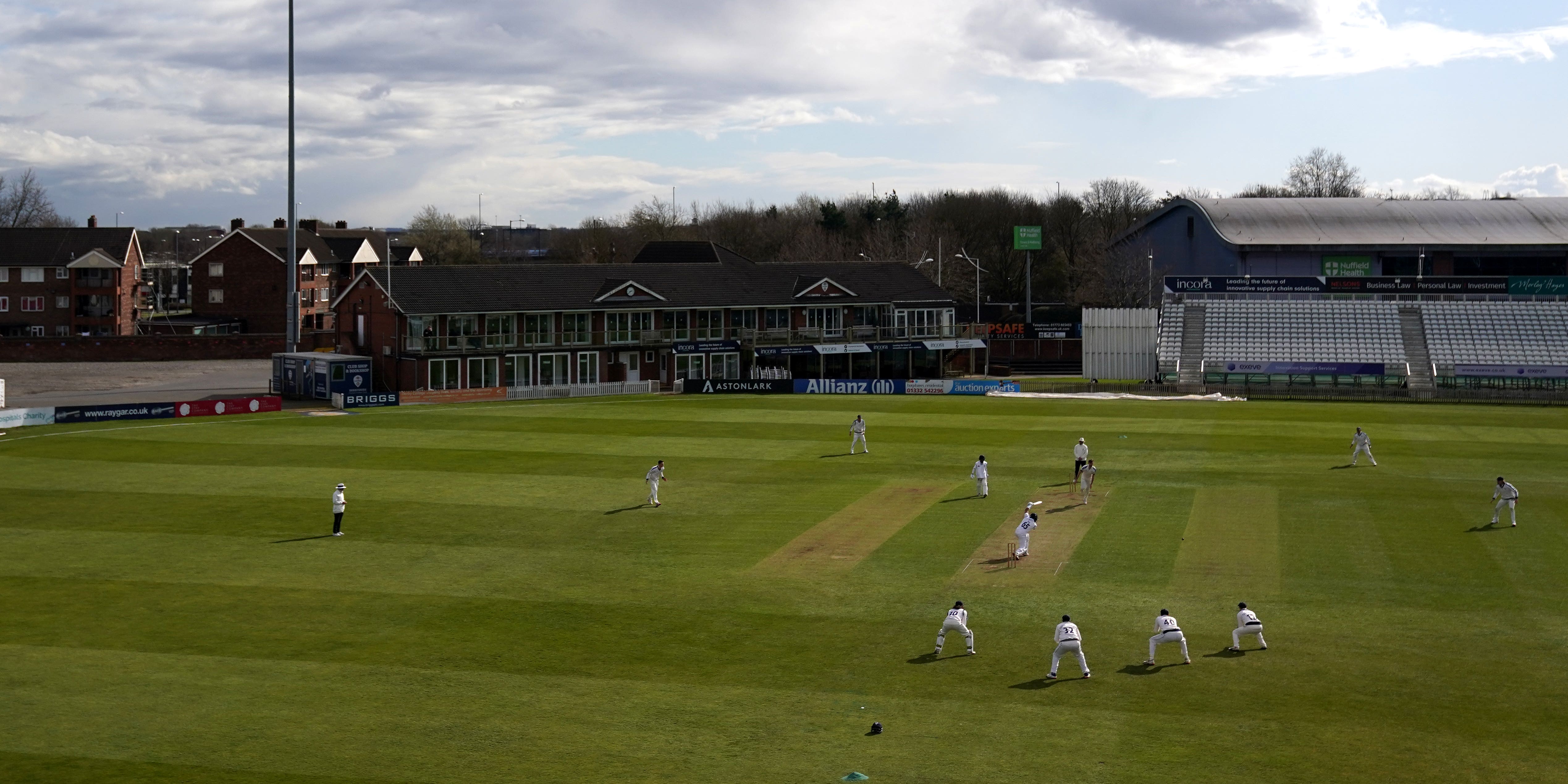 Essex’s hopes of defending their LV= Insurance County Championship and Bob Willis Trophy titles look to have been ended in unusual fashion following the abandonment of their clash at Derbyshire.

Ahead of the second day’s play, Derbyshire announced an unnamed player had tested positive for Covid-19 and was self-isolating along with the rest of the squad, who were identified as close contacts.

The decision to call off the fixture, with the distribution of points to be confirmed in “due course” seems to end Essex’s hopes of a top-two finish in Group One and a place at the top table in the next phase of the competition.

They had needed maximum points from this game to keep their interest alive and bowled Derbyshire out for 146 before going to stumps on 86 for three on Sunday, but their aspirations have taken an unfortunate blow.

Inclement weather meant there was no play on day two in the Roses derby between Yorkshire and Lancashire at Headingley and Durham and Nottinghamshire at Emirates Riverside, while other fixtures had rain-interrupted days.

Just 19 overs were possible at Canterbury, as Kent moved from an overnight 69 for five to 122 for seven in response to Sussex’s 181, but the headline news of the day concerned Nathan Gilchrist being withdrawn from the game.

The seamer, who took two for 24 in 12 overs in Sussex’s innings, was told to self-isolate after being contacted by NHS Test and Trace, so he was replaced by Bailey Wightman, who became the sixth Kent debutant of the match.

Somerset made further strides towards qualifying for Division One later in the season after they were all out for 429 against Surrey, who reached 24 without loss before afternoon rain caused 37 overs to be lost at the Kia Oval.

The visitors will qualify for the top-flight stage of this summer’s new-look format if they avoid defeat in south London and their lower order performed well on Monday to carry them to what looks a formidable first-innings score.

New Zealand leg-spinner Ish Sodhi finished with six for 89 on his first-class debut for Worcestershire as Warwickshire, hopeful of a top-two finish in Group One, were all out for 395 at New Road.

Daryl Mitchell’s 83 not out and an unbeaten 42 from Jack Haynes ushered Worcestershire to 152 for two in reply.

Colin de Grandhomme took four for 31 as Gloucestershire were restricted to 229 against Hampshire, who reached the halfway point with a 41-run lead after closing on 270 for five.

Joe Weatherley (78) and Ian Holland (74) put on 174 for the opening wicket and, although Ryan Higgins’ three-wicket haul helped Gloucestershire gain a foothold, Hampshire remain on top at Cheltenham.

Leicestershire seamer Will Davis collected five for 66 as Middlesex’s overnight 280 for three became 324 all out, with Sam Robson falling for 154 amid the collapse, at Merchant Taylors’ School Ground in Northwood.

Colin Ackermann was the linchpin of Leicestershire’s reply with 65 not out from 174 for five, the evergreen Tim Murtagh making inroads for Middlesex with three for 34.

Glamorgan reached 52 for two after Northamptonshire were skittled for 215, with Andrew Salter taking four for 18, on another rain-affected day at Sophia Gardens.