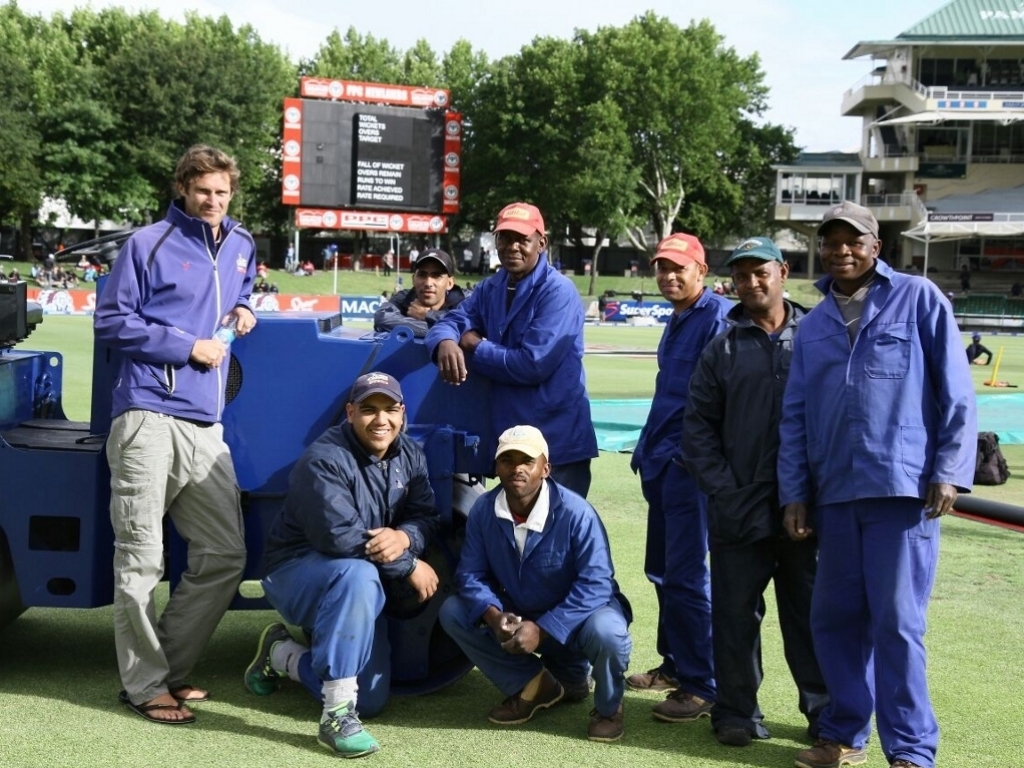 Newlands head curator Evan Flint was recognised when he received the Groundsman of the Year award for the first time at the annual Cricket South Africa Awards function on Saturday.

It has been a long, and rewarding, journey for Flint, who relocated to Cape Town from Kwazulu-Natal in 2008, as he has been nominated a few times over the past few seasons without actually winning the prize.

Once a teammate of former England international Kevin Pietersen at Maritzburg College, Flint has forged his own impressive career on the field.

Already one of the most picturesque grounds in the world with the stadium sitting at the foot of Table Mountain, Newlands now officially boasts the best groundsman in South Africa.

The past season saw Newlands hosting the traditional New Year’s Test against Sri Lanka, as well as an ODI and T20I against the same opposition, while there was also the final ODI against Australia when the Proteas clinched a historic 5-0 series whitewash.

The 36-year-old Flint was quick to laud the entire staff that work under him and also feels a sense of accomplishment when players and coaches, from the home side and opposition, give him praise for the playing surface and, importantly, the facilities at the net practices.

Flint told Cricket365: “This trophy is not just for me, but the entire staff that work so hard. I am happy to share the honours with them.

“It all starts in the build-up to any game. When players and coaches come up to me and thank me for the quality of the surfaces in the nets when they are done training, it feels that we are doing a good job.

“If your net facilities and pitches are good that usually translates into a good playing surface on matchday.”

With another busy season on the horizon, which will include the new Global franchise T20 tournament, domestic competitions and the regular internationals, Flint says it is important to keep up the high standards that has already been set.

He also explained what his ideal pitch would be for a five-day Test at the ground.

“It’s good to have the award on your CV but it is more difficult to stay at the top,” said Flint

“If I can have my way, I try to prepare a pitch which will last for four or five days, but it doesn’t always pan out that way, and the atmospheric conditions also play a role.” he concluded.