Excitement all round as free-to-air England cricket inches closer 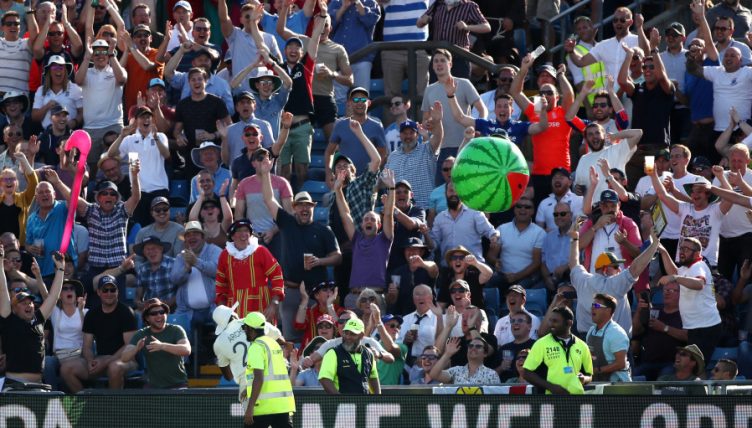 The BBC’s director of Sport – Barbara Slater – has expressed her pleasure at English cricket’s upcoming return to terrestrial television, and hopes the move will ‘inspire and capture the imagination’ of the next generation of England fans.

Following 14 years on Channel Five, highlights of England’s home men’s Test matches will return to the BBC starting in 2020.

The highlights coverage will be joined by live screening of two men’s and one women’s T20 internationals as the cricket world transitions into Twenty20 mode ahead of the World T20 in Australia.

The Beeb will also show extensive live coverage of the inaugural Hundred competition, with the aim of capitalising on the groundswell of interest the sport has developed following a remarkable World Cup and Ashes series, both on home soil.

Speaking to the PA at the location announcement of 2019’s BBC Sports Personality of the Year ceremony (of which Ben Stokes is currently the odds-on favourite), the BBC chief said: “We are extremely excited.

“We’ll take the highlights as well as the live cricket and we feel that package of rights gives us a fantastic opportunity to get behind the sport. We want to work with the ECB to increase participation, and we’re really excited about The Hundred.

“What’s really good is to have a governing body that really wants to work to refresh how cricket appeals to a new generation of audience and we’re really keen to work with them to make it ‘must see, appointment to view’ television.

“I think having a balance, and ensuring the long-term health of your sport is protected, is going to be better if you reach the maximum audience.

“I bang that drum all the time – I am a profound believer that sport needs to be seen by the maximum number of people if it is going to inspire and capture the imagination.”

The need for regular cricket exposure on terrestrial TV was once again evidenced by the astronomical viewing figures Channel 4 accrued for their screening of the World Cup final.

8.3 million viewers tuned in to see Eoin Morgan’s men lift the World Cup trophy that day, almost four times the amount that Sky Sport’s Ashes coverage peaked at during the dramatic conclusion of the Headingley Test.