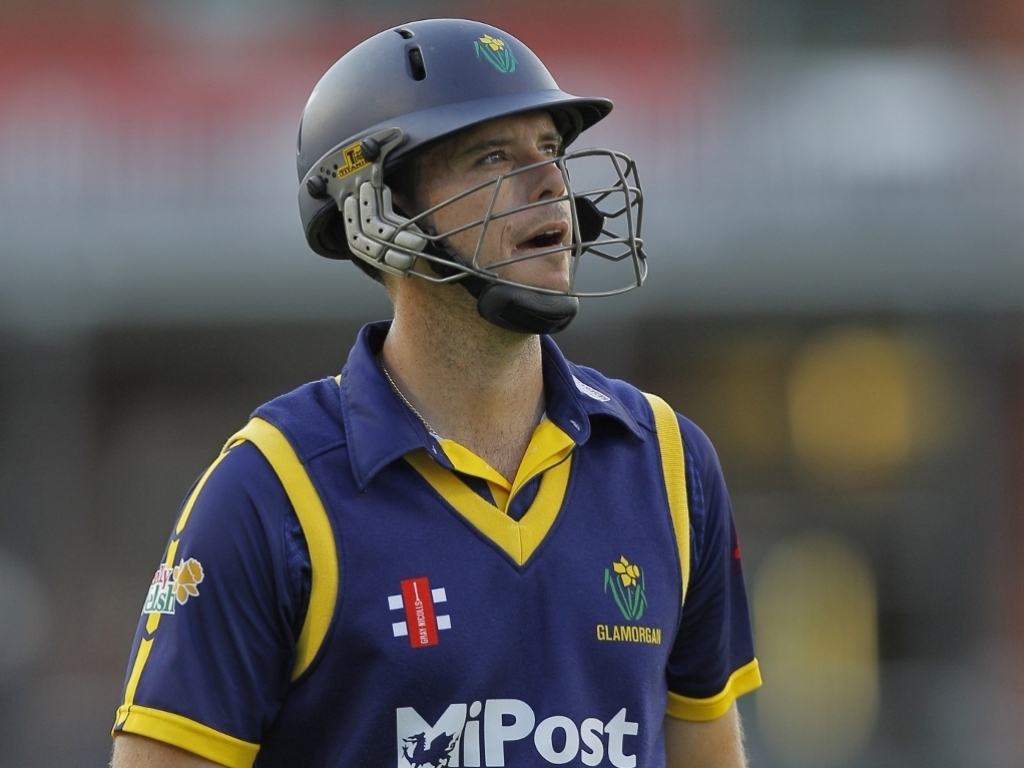 After spending five years with Glamorgan, all-rounder Jim Allenby has decided to move on. Players come and go all the time, but this departure came as a surprise as just last year Allenby had put pen to a lucrative four year deal with the Welsh county that would have kept him there until 2018.

Just a matter of months after that deal was done Allenby is on his way to Division One county, Somerset. Cricket365 caught up with Allenby and asked him about his move and how it came about.

Coming to the decision to leave was very straightforward. "I am at the stage of my career that I am really looking to win trophies," Allenby said.

"I am looking to play at the highest level that I can while I am playing my best cricket. And I just felt that I would be doing that sooner at a club like Somerset than I would at Glamorgan."

He makes it clear that he doesn't think that Glamorgan have done anything wrong, and that the "straightforward plans and great strategies" that Managing Director Hugh Morris has put in place will see Glamorgan compete, the issue is one of how long it will take to get there.

"I am probably in a time frame where my peak is only going to be for the next 3-5 years and I really want to play my best personal cricket in the best team, and in the best division and the best standard I can," Allenby told us.

Towards the end of last season Allenby says he spoke with those in charge at Glamorgan and it became clear "that we were on very different standards, or different ambitions or different wavelengths or whatever you want to call it."

He also admits that this difference was as much to do with him as it was the club: "My standards are exceedingly high and I fully accept that my standards and my ambitions are a lot higher than the norm.

"But I am not willing to compromise my standards or my ambitions or the level at which I want to play cricket.

"So it is as much my standards potentially being over the top as it is Glamorgan's not being where I thought they should be. I take a huge amount of responsibility for the fact it doesn't align."

Allenby approached the club about him finding somewhere else to play and they were "surprisingly accommodating" of the possibility. He wanted to go, the club were happy to let him. Speaking to both sides it seems clear that it was time for everyone to move on.

The issue seems to stem from some of the contract decisions that Glamorgan made at the end of last season. They released six players that were in and around the first team and announced they were giving deals to a number of young Welsh players. The county offered a deal to James Kettleborough, but he was the only signing with any real first-class experience.

Allenby said: "[Kettleborough] was the only one we were signing off the back of releasing six or seven players, of which three of four were capped players. My logical head was saying that the performances and the results were probably going to struggle to improve whilst you are letting go of current first team performing players and not replacing them for whatever reason."

Glamorgan would counter this view. Since Allenby has announced his departure they have secured the services of young all-rounder Craig Meschede and South African international Colin Ingram, a player that Allenby refers to as a "great signing".

The club say they are ambitious and want to compete, but within the financial constraints that stem from stadium redevelopment. The issue for Allenby is one of honesty, something that he says that is important to him. He says if staffing decisions are being made based on a budgetary or nationality basis that Glamorgan should just say so.

Certainly, in recent years the club have been a lot clearer about wanting to recruit local players and making the most of being the only side that represent Wales. Allenby calls this 'noble' and that if you have to choose between a local and someone from elsewhere, then you should choose the local.

However, he says that this shouldn't be at the cost of the strength of the team. He says: "If there is a situation where there is better options or someone is going to make your side stronger I would like to think you would always go for the strongest option."

That honesty that Allenby speaks of, his brashness, his Australian-ness. Was that part of the problem at Glamorgan? He says that perhaps it was. He tells us: "As I have got older I have realised you can't always be honest with people all the time.

"There is actually no benefit of always being honest. In the last couple of years at Glamorgan I probably went over the top with trying to express things and saying how I felt. It is not always the right thing to do."

Despite this admission, he says he is not changing anytime soon. He won't compromise on being who he is: "I see [being very honest and upfront] as a huge positive long term and I have seen it as something that has held me back in certain positions, whether that be captaincy or anything else.

"My bluntness and honesty at times is quite difficult and at times is not the right thing to do, but what it has got me long term is playing in my absolute ideal situation with like-mined people. It has given me the chance to achieve some pretty strong ambitions and some pretty straightforward ambitions."

Looking to the future, Allenby is very excited to be working with Matthew Maynard, the newly appointed Director of Cricket at Somerset. Maynard was the man that brought Allenby to Glamorgan and the all-rounder calls him "the best coach in the country". Once the chance to link up with Maynard again came along, Allenby did not look back.

He says: "As soon as he was the coach [at Somerset] and I had the chance to play there I didn't even consider speaking to anyone else because my ambitions are going to best served at that club.

"I have always talked cricket to Matt ever since 2010 when he left Glamorgan. My best cricket has been played when I am talking to him about the game. It wasn't really a difficult decision."

Allenby has been immense in Division Two of the county championship, it is up to him to prove that he can do just as well in the top flight with Somerset. He is backing himself to do it.