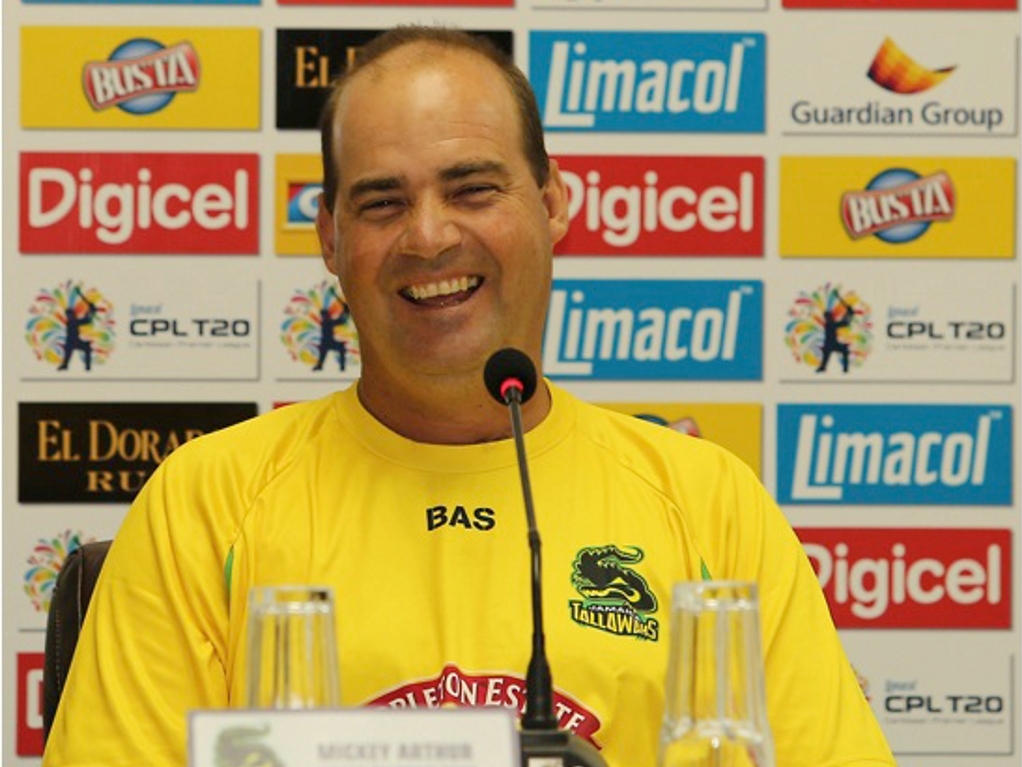 It has been almost two years since Mickey Arthur was sacked as Australia’s coach just 16 days ahead of the Ashes in 2013. It came as a shock to many at the time, not least to Arthur whose record was far from awful.

His side had not lost a Test series at home in two years. For Arthur, the beginning of the end came in India when he was involved in a much publicised disciplinary dispute with four players, which became known as 'homeworkgate'.

Arthur tells Cricket365: "The Indian tour was tough. And most teams struggle in India. Once [the disciplinary issues] happened it became tough for me after that. And I lost a bit of trust with the organisation and the establishment."

Arthur had asked all of the players to go away and think about what they can do to improve their performance both individually and as a team. Four players, namely Shane Watson, James Pattinson, Mitchell Johnson, and Usman Khawaja, failed to complete the task. The response was to make them unavailable for the next Test. The 'homeworkgate' tag is a term that still rankles with Arthur.

He says: "I get annoyed around 'homework-gate', it wasn't homework-gate at all. We were 2-0 down in a series and I asked the guys to go back and have a think about how we can get back in the series.

"We all needed to have a look at ourselves in the mirror and come back with some real ideas on how they can make their games better and how we as a team can do things better leading into our preparation for the next Test match.

"12 guys gave me unbelievable ideas and four guys didn't bother. It certainly wasn't homework. I was sitting in the middle where we had to make a decision on what do we do, what are the consequences?"

He says he was trying to develop values and a team culture and this behaviour was contrary to that. In the words of Alastair Cook, something needed to be done. He made a call, but it resulted in a downward spiral that saw him lose his job.

He was angry when he left, and he admits as much. It left him in a strange position of having coached two of the sides that were World Cup favourites this year, Australia and South Africa: "There was a lot of conflicting emotions, for me the best final would have been South Africa vs Australia, that would have been fantastic.

"Emotions have been strange because I was upset with Australian cricket when I lost my job, but you tend to mellow out. I really enjoy seeing those players with who we perhaps played a small role in my time there performing."

For his native South Africa these have been a turbulent few weeks since the end of the World Cup and Arthur admits his disappointment at how things have worked out. The issues stemmed from the decision to select Vernon Philander ahead of Kyle Abbot for the World Cup semi-final. It was suggested, and has all but been confirmed, that this was because there was a desire to have a certain number of non-white players in the national side.

Arthur commented: "Sitting on the outside I was disappointed that it reared its head again. I thought as South Africans we were well past that. There needs to be targets, you can all it quotas you can call it targets, there has to be because you want a team that represents the whole of South Africa.

"My only feeling with the whole thing is that people hide behind it saying that there isn't targets. I just wish Cricket South Africa would just come out and say these are the rules we are going to play by when selecting teams.

"This is the expectation of the government, we are always going to have four players of colour in our team irrespective of what happens then everybody gets it and they buy into it. Just be transparent with it, that is all I ever said in my time."

For Arthur, the person for who has been hardest by it is the player at the centre of the drama: "The worst I feel for is the guy Vernon Philander. He has had a great career, he is certainly not a 'quota' player.

"He is a very fine international cricketer. Suddenly he gets drawn into this whole debate. It just becomes a mess again."

The immediate consequence for this has been the removal of Andrew Hudson as convenor of selectors. He will need to be replaced and Arthur says there is an able candidate that has already expressed his interest.

He says: "I see Ashwell Prince has put his hand up. Prince has had a lot of success as an international player, he has got the credibility, he has been around the system for a long while.

"He has got the cricket knowledge to come in and make good decisions. I think if he has put his hand up for it, certainly from the panel that seems to have been floated around, he is the leading candidate out there."

Another departure is the colossal figure of Allan Donald, who has stepped aside as bowling coach. Arthur says the best man to replacement is already around the coaching set-up, former South African seamer Charl Langeveldt.

He was at the World Cup with South Africa, and Arthur says there are few better candidates: "I do think Charl Langeveldt will be a very good bowling coach. He came into the fold working with Allan at the World Cup.

"Whether he can get his message across I don't know, and that’s for other people to determine. But certainly in terms of knowledge he certainly has that in abundance. He wouldn't be a bad choice."

Arthur is happy to be away from international coaching and he and his family are very settled in Perth, Western Australia. He works with schools and others in a development capacity and is due to take charge of the Jamaica Tallawahs at next month’s Caribbean Premier League.

He says he is long past bitterness and regrets about how his time with Australia ended, he certainly seems to be.

Mickey Arthur is coach of the Jamaica Tallawahs in the Limacol Caribbean Premier League. The Biggest Party in Sport runs from 20th June to 26th July.