Home News Exclusive: Santokie hoping to prove his worth in CPL

Exclusive: Santokie hoping to prove his worth in CPL 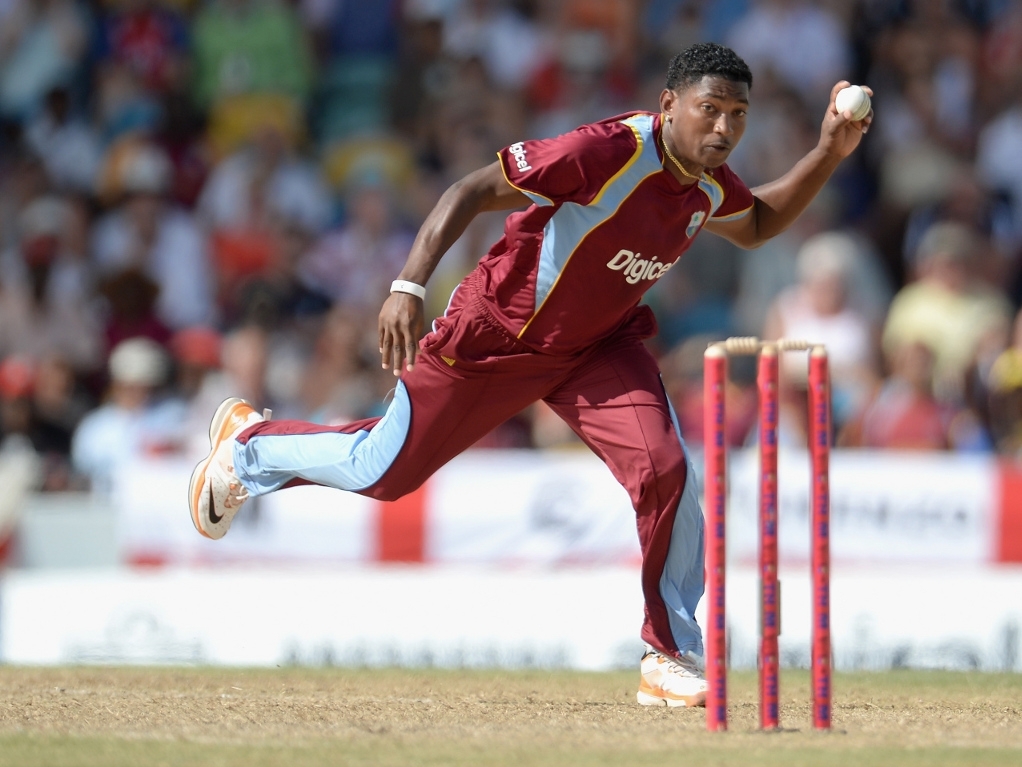 West Indies bowler Krishmar Santokie is hoping to use the Caribbean Premier League to again prove his worth in the shortest format of the game and play himself into the reckoning for the West Indies squad for the World T20 next year.

Santokie, who has not played any cricket for almost a year, since last year's CPL, as he has been nursing a back injury, has previously built up a reputation as an effective seamer in the shortest format of the game.

He played five matches in the last World T20, in 2014, as the Windies made their way to the semi-finals only to lose to eventual champions Sri Lanka.

The left-arm medium-pacer will play for the Jamaica Tallawahs in this season's T20 extravaganza after successfully representing the Guyana Amazon Warriors, who reached the final, in 2014.

He finished second on the wicket-taking charts with 17, in 11 matches, while also having a respectable economy rate of 7.61, although he is happy that he will play in front of his family and friends as he was born in Jamaica.

Speaking exclusively to Cricket365.com, Santokie said: "I enjoyed my time with the with the Warriors. We had a good team and the vibe in the squad was excellent. We managed to reach the final but unfortunately fell short.

"I had no control for which franchise I would be playing this year, as I was in the auction, but if I had to choose any team it would've been the Tallawahs as I was born in Jamaica.

"We have got superstars like Chris Gayle and (Mahela) Jayawardene in our line-up so hopefully we can go all the way."

The 30 year-old is looking forward to working with Courtney Walsh, who is the bowling coach of the Tallawahs, when the team comes together in June.

He said: "We will be going into camp the first week in June and I am really looking forward to working with Courtney as he is a legend of the game and hopefully I can learn from his experience."

The Windies national side has a new coach in Phil Simmons and he started his tenure on a positive note with a one-all Test series draw against England last month, and Santokie is hoping to add to his 12 T20 International caps under the new mentor.

He has taken 18 wickets in T20 Internationals at an economy rate of 6.80 while also getting swing with the new-ball.

Santokie said: "I have never worked with Phil, but if I have a good CPL hopefully I can work with him in the national team in the future."

There is a suggestion that cricketers, especially the younger generation, in the Caribbean do not take Test cricket seriously enough with all the cash in the T20 game.

Even the legendary former Windies allrounder Gary Sobers made such a statement as the likes of Gayle, Lendl Simmons, Andre Russell, Kieron Pollard and Dwayne Bravo gave up the longest format to concentrate on playing T20 cricket around the world.

Santokie however feels that Test cricket is the still the purist form of the game but in the Caribbean you have to think about how you are going to earn decent money playing.

He said: "It's not that youngsters do not take Test cricket seriously. It is still the most purist form of the game and when the West Indies become more successful in that format we will see more people interested in it.

"We won the World T20 in 2012 and since then the CPL was created, so ofcourse most people are interested in this format. But Test cricket is still alive and I'm sure we will improve in the near future."

*Krishmar Santokie is playing for the Jamaica Tallawah’s in the Limacol Caribbean Premier League. The Biggest Party in Sport runs from 20th June to 26th July.