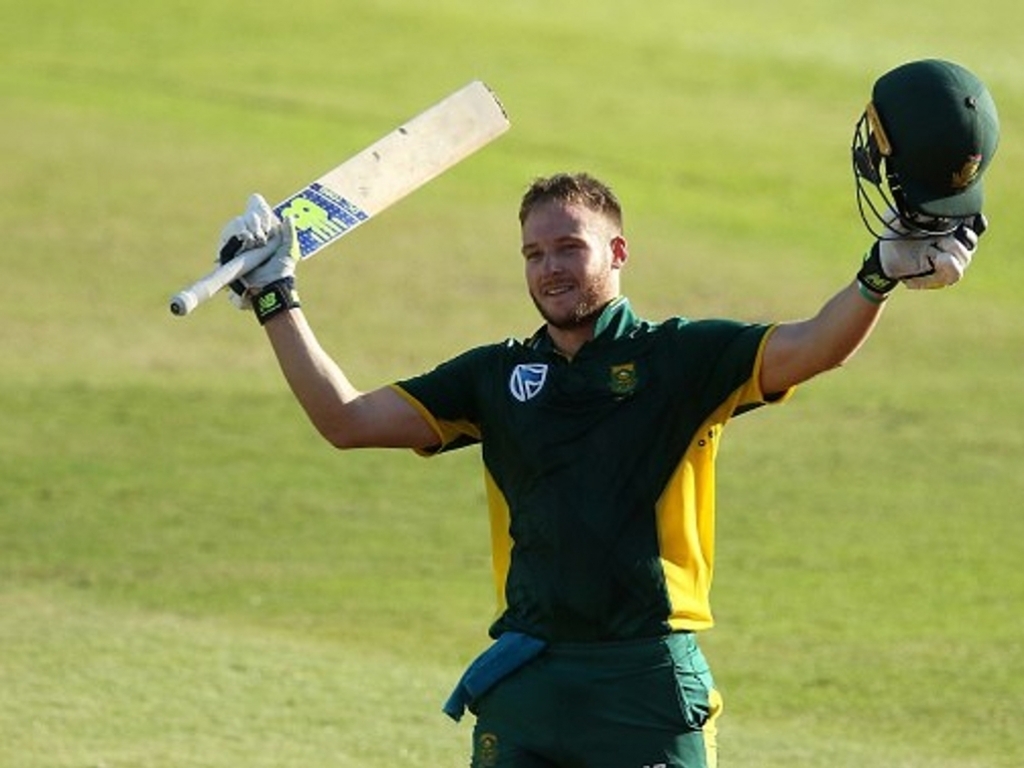 South Africa made no mistake at Kingsmead where they casually took a two-nil lead over Sri Lanka in this five match ODI series.

The hosts won by 121 runs as they made light work of the visitors after man-of-the-match du Plessis (105) and Miller (117 not out) did most of work during the 307-run first innings.

The Proteas had been in a spot of bother at 108 for four after losing the toss and being asked to bat on a drier-than-usual Kingsmead surface on a lovely hot and sunny afternoon. Sri Lanka’s seamers had derailed the top order but the not inconsiderable efforts of a disciplined 117-run fifth-wicket partnership between du Plessis and Miller not only consolidated the innings but paved the way for a strong finish.

Du Plessis and Miller were both so fluent and steadfast that the crowd were treated to a highly professional partnership. They defended good balls and punished bad ones, they ran well and understood each other and they took their side from troubled waters to a winning position. Amla, de Kock, Duminy and Miller had all failed to make scores and with Morris and Parnell at seven and eight, they could ill afford not to do well. Their hundreds were each extremely well deserved.

None of the Sri Lankan bowlers were able to return fancy figures as the six wickets were shared fairly evenly and only the slow left-armer Pathirana (4 ovs, 1-29) was able to concede under five runs to the over.

In the last ODI at this ground last October, South Africa were able to somehow chase 370 against Australia but the previous record chase was some one hundred runs fewer than that and there was little doubt that Sri Lanka were presented with a stiff ask.

Sri Lanka’s stand-in captain, Tharanga, may have looked too much into that last match in his electing to field first – surely the better strategy today was to score runs during the sunny afternoon and then defend them on a pitch that was always going to take spin?

However, openers Dickwella (25) and Tharanga (26) started well and got their side up to 45 without loss after seven overs. 300-plus was always a big challenge but with the memory of October’s chase fresh in the minds of the large crowd, it looked as if Sri Lanka might put up a fight.

Phehlukwayo had dropped Tharanga – a catch that can only be described as a sitter – early in the chase but that was soon forgotten when du Plessis plucked a one-handed catch out of the sky at cover and then just a moment later de Villiers ran quickly behind him at mid-off to claim a stunner in the deep that saw the back of Dickwella.

Once the openers had been dismissed there was not another partnership to produce any real panic. South Africa just went through the motions as each of their bowlers picked up wickets and no Sri Lankan was able to convert a start into anything meaningful.

Chandimal (36) looked as if he might put up some resistance but he knicked behind off Morris before his tally became a real trouble. Tahir (2-26) conceded under three runs to the over and quizzed the batsmen to no end. That bowler has looked seriously menacing of late.

Sri Lanka were bowled out inside the 38th over, for just 186 runs, in a disappointing effort. The visiting side may have won the T20 series but it is hard to see them winning a game in this ODI contest, unless perhaps South Africa rests its better players later in the series.