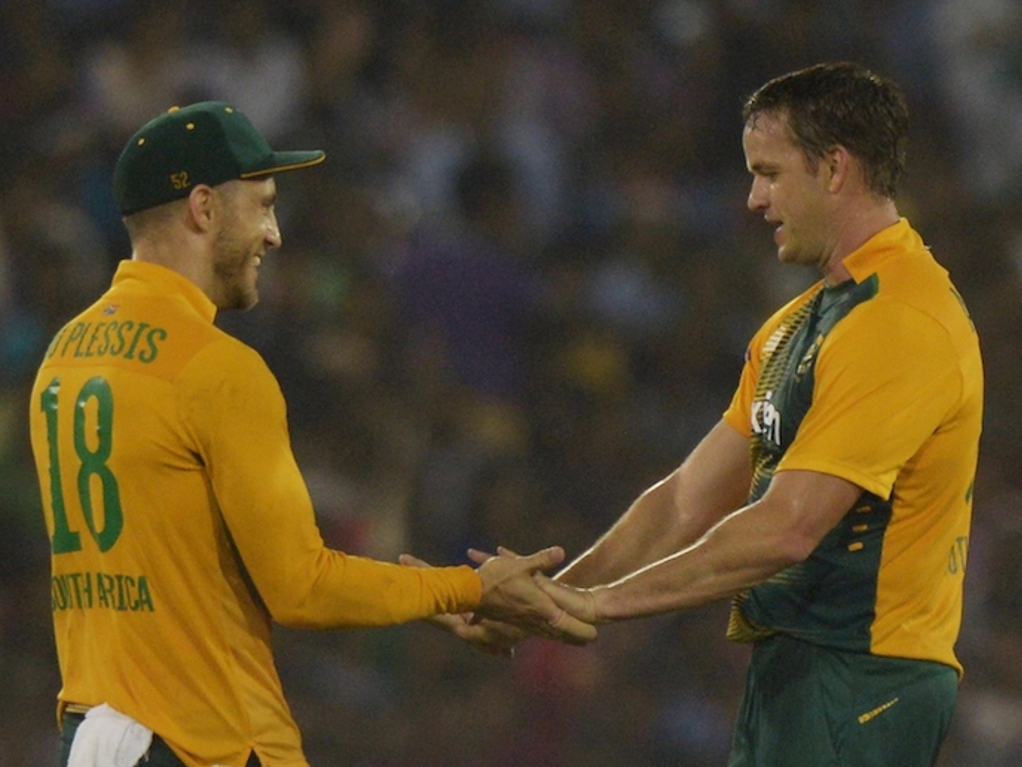 South Africa T20 skipper Faf du Plessis has labelled the series-clinching bowling performance against India in Cuttack on Monday as 'possibly the best'  he has experienced as leader of the T20I side.

The pacemen, alongside some sharp fielding, helped to dismiss India for their lowest T20I score at home (92 all out) to give the Proteas the first punch of the long tour.

Du Plessis said after the game: "I thought today was possibly the best bowling performance I have seen from us in T20 cricket. It was amazing to see how well all the bowlers bowled.

"To be two-nil up against India in India is a huge achievement for us and we are really proud of it."

Du Plessis says the series win will spur on the confidence ahead of the One-Day International (ODI) series starting in Kanpur in less than a week.

He added: "As I said before at the start of the series, the way you start when you come to India is extremely important.

"It’s hard to pull yourself back when you start with a couple of losses, when India is on top they play really well. It was important for us from a T20 perspective because we were starting off the tour that we hit our straps from the beginning."

Monday’s win was also one of Du Plessis’ most tactically astute performances as captain since his appointment in 2013 but the 31-year-old was quick to give credit to the bowlers for sticking to their game plans.

He said: "It was a gut feel to try and use Immi (Tahir) upfront. He hasn't bowled in the Power Play before but it was a case of changing things up and trying to be unpredictable so that the batsmen couldn't plan ahead.

"I thought there was great variation in the first few overs. There was spin and pace along with two great run-outs, the plan was to get wickets upfront.

"It was a great performance from our bowlers, we kept it consistent even after six overs."

The Proteas travel to Kolkata on Wednesday morning ahead of the final match of the series at Eden Gardens on Thursday evening.