Home News Faf: Bravo will be a ‘massive entertainer’ for the Paarl Rocks

Faf: Bravo will be a ‘massive entertainer’ for the Paarl Rocks 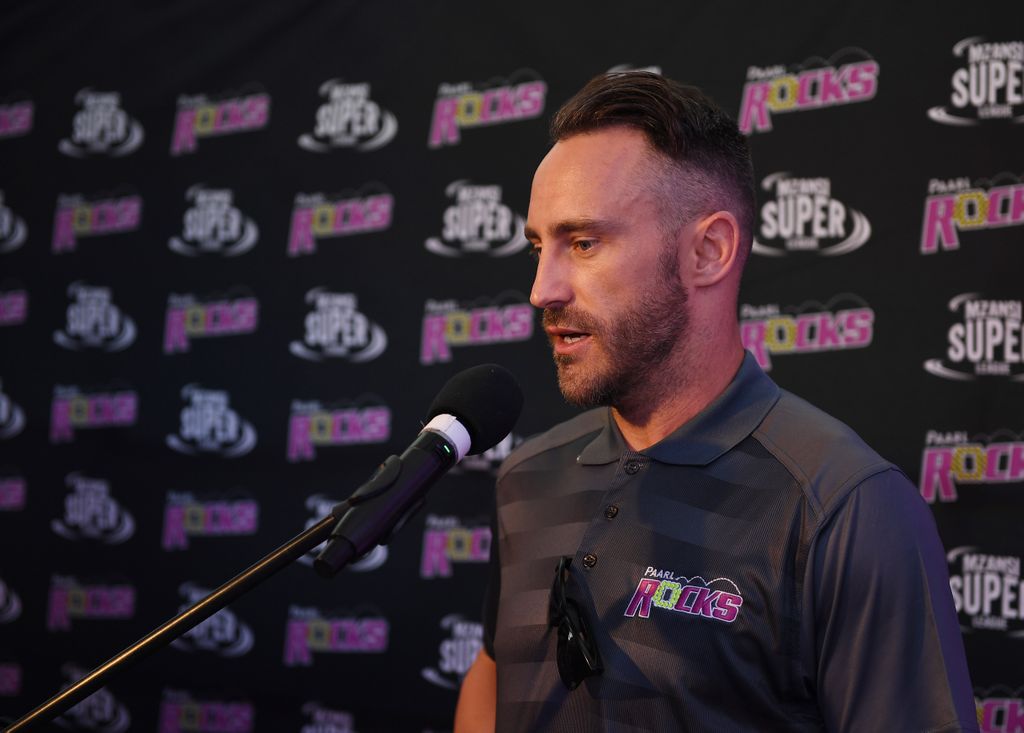 Faf du Plessis expects the people of Paarl to be thoroughly entertained by Dwayne Bravo in the upcoming Mzansi Super League (MSL), which is due to start next month.

The experienced West Indian is no stranger to T20 leagues around the world and was signed up as a marquee international player for the Paarl Rocks, which will be captained by Du Plessis.

The Proteas skipper has been a teammate of Bravo for many years at Chennai Super Kings in the Indian Premier League (IPL) and has seen first hand how the allrounder dazzles the crowds with not only his cricket skills but also his extravagant dance moves.

Speaking at the launch of the Paarl Rocks franchise on Monday, Du Plessis said of Bravo: “Very happy to have him on board, I obviously played a lot of cricket with him at Chennai [Super Kings] all the years that we have been together.

“He’s a massive entertainer and people love him because he brings an x-factor to the team.

“He’s also a very successful player and has won a lot of trophies, with Chennai but with also with his team locally in the Caribbean.”

The 35-year-old Bravo will miss the middle part of the MSL, which starts on 16 November, as he has already signed up to take part in the Abu Dhabi T10 League from 23 November to 2 December.

Du Plessis though is happy for South Africa’s own T20 league to get underway and is hopeful that next year the tournament will attract more big names if the debut season is a success.

The Proteas skipper continued: “Unfortunately, Bravo is only available I think for half the tournament, so hopefully for next season we can have all the international marquees available for the home tournament.”