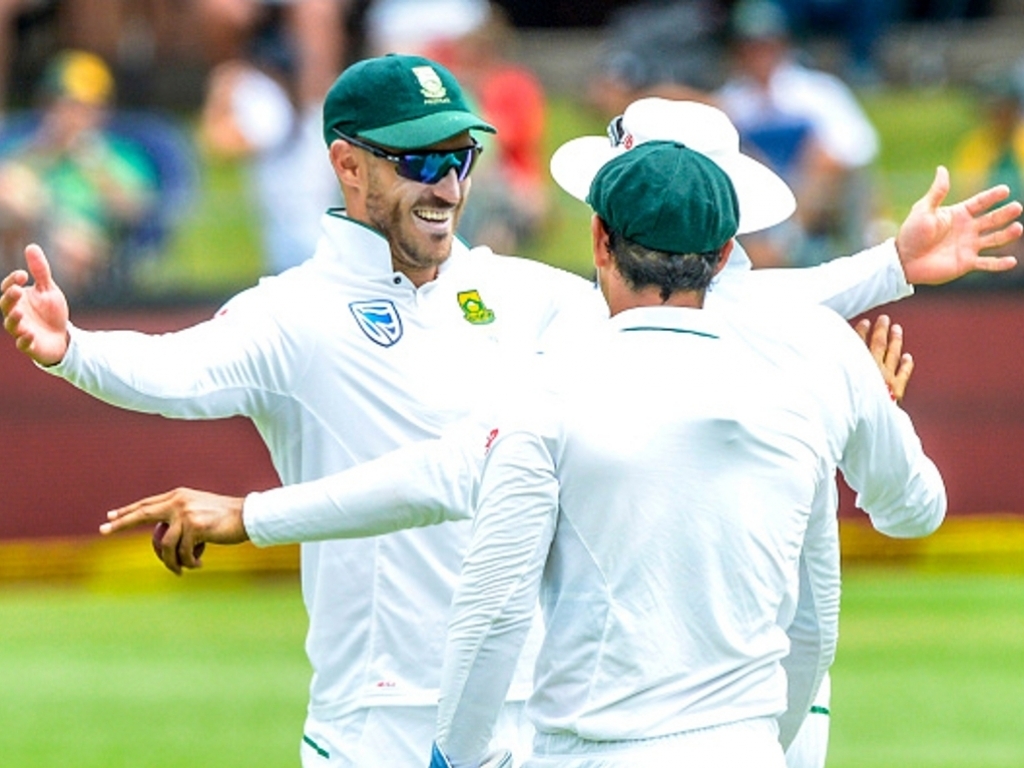 Carter turned the normally spin-friendly pitch in Port Elizabeth into a sporting wicket that while it was no Wanderers or Kinsgmead gave the seamers plenty to work with.

Du Plessis said: “The groundsman got it spot on.

“We asked him for a wicket that didn’t spin right through the innings – that moved around on the first innings and didn’t spin on day four and five. So it’s great wicket that he prepared.”

“You can either choose a green wicket or one that’s good for batting and then it will spin later but against a team like this it’s important that you nullify their strengths, which is spin bowling.

Du Plessis was his usual jocular self in the post match press conference and when quizzed about ball shining he said: “I didn’t shine the ball with a sweet in my mouth this Test match.

“It’s still something that’s fine. I spoke to the umpires before the Test to get some clarity on it and they said its fine, they are not going to stop the game, but it’s about making sure it’s not obvious.

“But I also did take a step back and make sure the other guys also had the responsibility of shining the balls. It gave me an opportunity to make sure my head is really in the game.”

Du Plessis was full of praise for the bowling unit who defended a total that looked gettable on what became a good pitch to bat on.

He added: “They had a few soft wickets and if they didn’t do that and batters had put their hands up, they could have chased this score down.

“But Vernon, Kyle and KG are doing an amazing job. For Kyle to step into Dale’s shoes and do as well as Dale has done for this team is amazing.

“Every time he plays a game he is incredibly consistent. Even though KG wasn’t as quick as he would like – you are not going to always be on song – Vernon put his hand up as he always does on a green top.”

Du Plessis feels that the batting unit can do better though and they were disappointed not to get more runs in the first innings.

He said: “I spoke about it before the Test. I feel we are batting really well as a unit but it comes in individual greatness and I feel we can do a little bit more as a unit.

“It’s about lifting that bar a little higher and not being happy with getting to 300 and winning the game but actually pushing it to 400. In the first innings, we had fifty runs as a batting unit, left in the tank. It’s about not settling.”