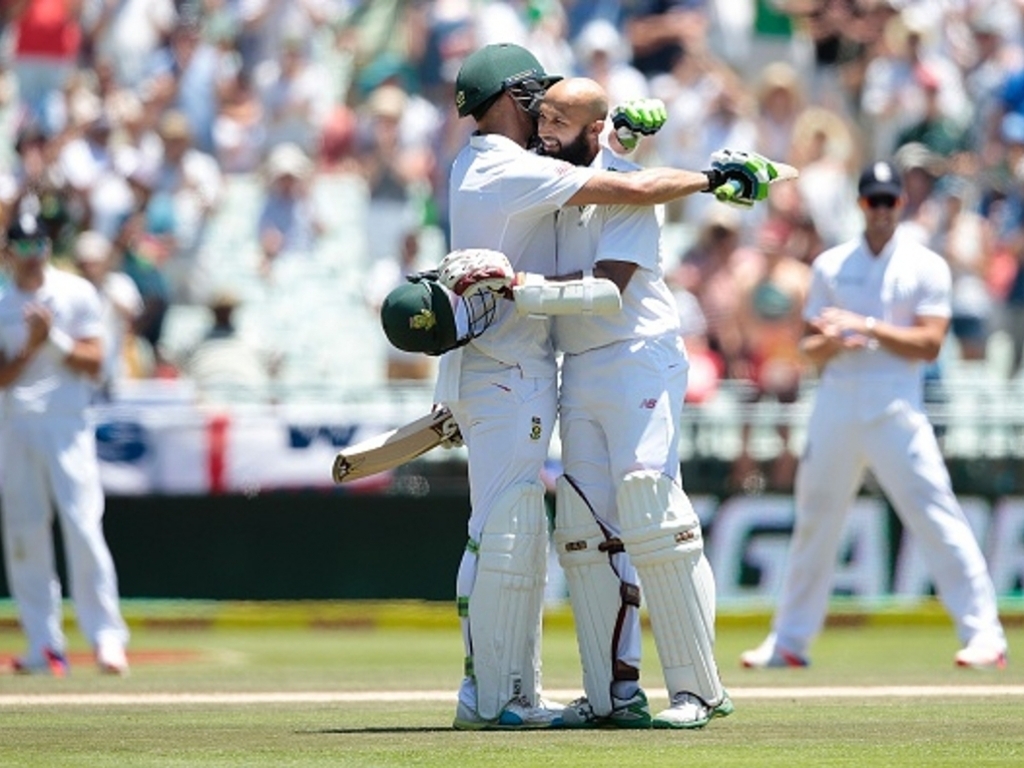 Proteas captain Faf du Plessis has led the tributes to star batsman Hashim Amla ahead of his 100th Test match for South Africa in the third Test against Sri Lanka starting at the Wanderers.

His illustrious 12-year career is highlighted by his career-best 311 against England at The Oval in 2012, a record which still stands as South Africa’s highest individual Test score, along with a rare double-hundred (253*) against India in Nagpur in 2010.

His consistency and focus have been the remarkable underlying factors to his career average of 49.45, which has been buoyed by 25 hundreds in his 7665 career runs.

Du Plessis says Amla’s contributions on, and more-so off the field, have been invaluable towards the change room and praised the 33-year-old for the impact he has played on South African cricket.

Du Plessis said ahead of the match on Wednesday: “It’s an amazing achievement.

“100 Test matches is fantastic, it’s something that I won’t come close to. As a team, we are very proud of him, it’s a big day for him. Hashim being Hashim doesn’t want anything special, it’s just another Test match for him. It will be nice to see him have a great day and score big runs, we are 100% behind him, he is a great player for us.

“He has been the rock of our batting.

“He has been the most consistent player, with Jacques Kallis, that South Africa has ever had. At the top of my head I think he has had two lean patches in his career, it feels like I can go through a lean patch anytime, but with Hashim it just doesn’t happen.

“Although he isn’t scoring as many runs at the moment, what he brings off the field still offers a lot. What he has done for my game is the fact that when he is scoring runs or not scoring runs he is exactly the same person.

“That brings a calmness to the dressing room, even when he is not scoring runs he is adding value. He has taught me to look at success and failure in the same way.”

The Proteas will relish the opportunity to put in a memorable performance in light of the occasion, but more importantly, to cement their dominance on the struggling visitors.

Du Plessis says it will be important not to allow complacency to set in after a disruptive few days.

He continued: “The focus shifts to the fact that you play a lot of international cricket and that there are a lot of tough times.

“You don’t get yourself into opportunities like this very often, so for me that becomes the focus. We want to make sure that we dominate a team that we are on top of at the moment. The whole series we have been good against them, we have been consistent, for me it’s an opportunity to make sure we win the series 3-0.”