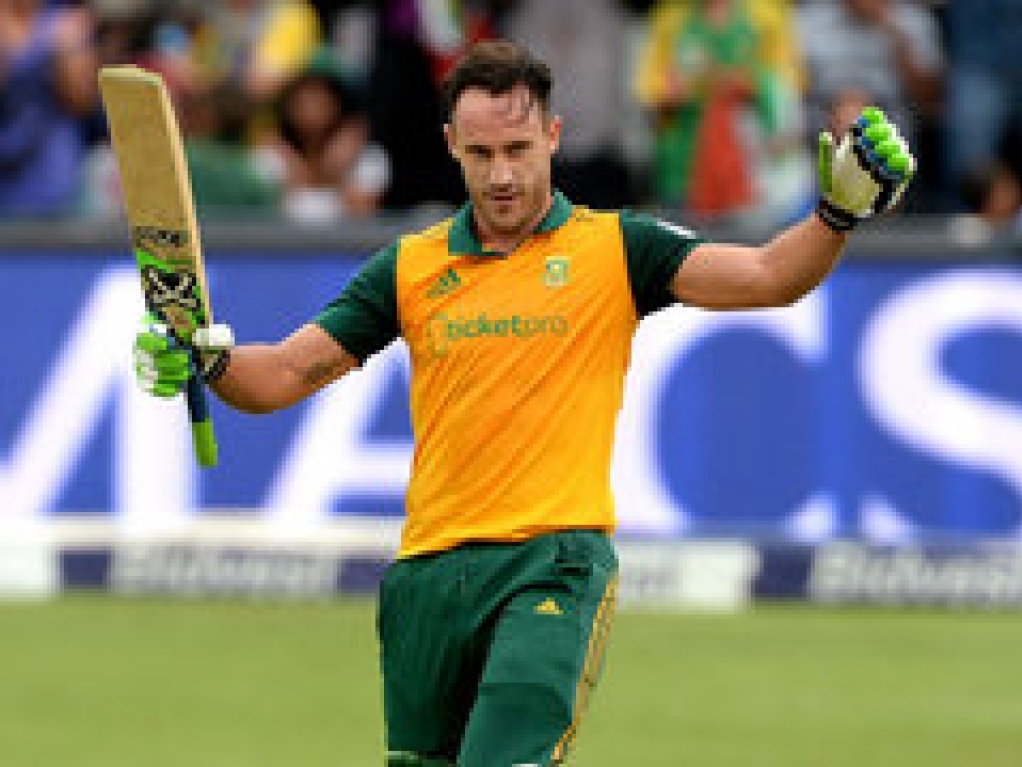 South Africa T20 captain Faf Du Plessis will be rested for the third and final T20 International against the West Indies, which takes place in Durban on 14 January.

The Proteas have already lost the three-match series against the Windies,, after the Caribbean Islanders chased down a world-record 232 in the second match in Johannesburg.

Du Plessis, who has made scores of 38 an 119 in the series so far, will rest as a precaution as he has a slight niggle to an old hip injury. South Africa also has the World Cup on the horizon, it begins in mid-February in Australia and New Zealand.

South Africa also start a five-match ODI series against the West Indies, in Durban on the 16 January, in preparation for the global event.

Cricket South Africa (CSA) team manager Dr. Mohammed Moosajee said: "Faf has been rested for the last T20I as a precautionary measure ahead of a busy ODI period over the next three months.

"He has a longstanding hip niggle and any amount of rest will be beneficial to him in the long run."

Cape Cobras captain Justin Ontong will skipper the side for the first time and has played in 13 previous T20 Internationals.