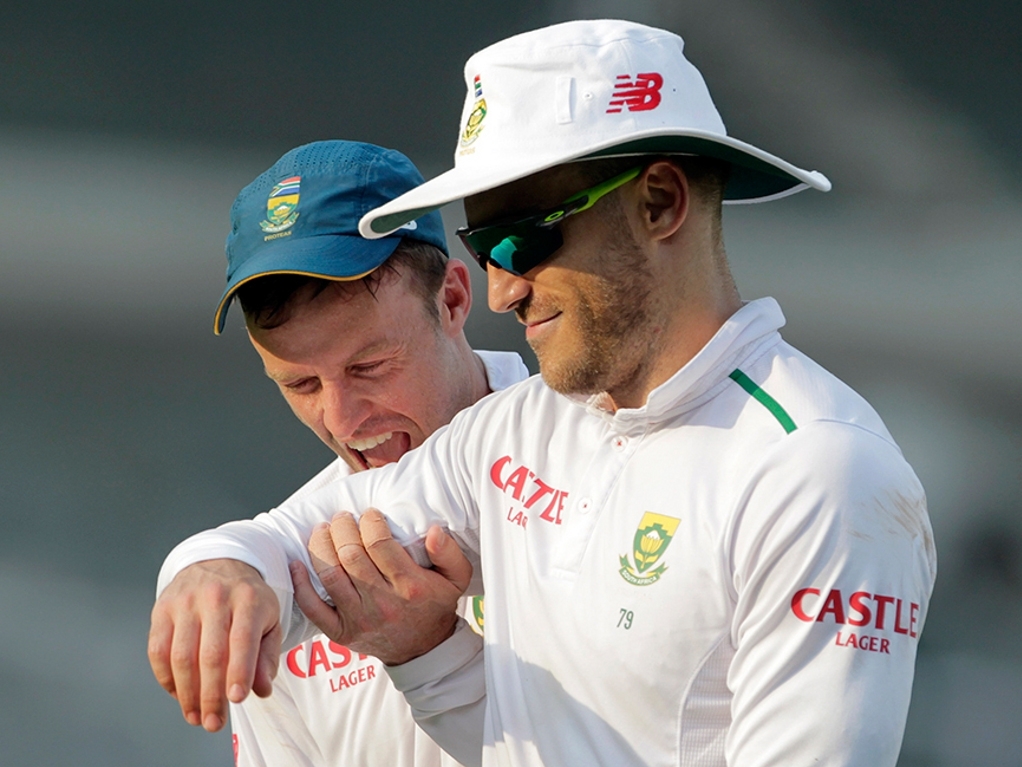 The senior players have taken on the responsibility to inspire the spirits in the South Africa camp ahead of the final Test match against India in Delhi later this week.

With the series lost and the end of a long tour in sight, it will be important to focus all the energies on the last effort of the 72-day tour, which remains significant despite its academic irrelevance.

A win can still earn the Proteas valuable points on the ICC Test rankings, and looking further ahead, confidence ahead of the four-Test series against England starting in less than a month.

Proteas batsman Faf du Plessis says the squad can do nothing more than take their lessons learnt on to the next match and to focus on the positives after a disappointing series loss.

Du Plessis said: "I'm a senior player and I'm finding it tough because the conditions dictate the way you play and your performances. It’s important for us to try and keep them (younger players) positive, and we've done that.

"I thought that Dane (Vilas) kept really well on a wicket with spin and bounce and with the ball sometimes keeping low. What we have to try and do is to focus on the positives.

"Coming and facing this in your first Test series abroad is a challenge. These have been the toughest conditions that I have played under, it’s also been a challenge for the young guys coming in.

"It’s a hard task for them because they get judged by playing Test cricket in these conditions where you have found that even our experienced players have found it tough. We have to keep motivating them and to keep the spirits high.

"The good thing about it is you can learn from this, improve your game, even I have learnt a lot about my game in the last few matches. I've concentrated on my defence against spin in the first 20 balls I face.

"In South Africa, Australia and New Zealand you can take your time, even if you aren't getting bad balls, but the surface here doesn't dictate what’s going to happen. This is a huge learning curve for us and also something we can take forward."

One positive has been the Proteas’ seamers, who have continued to make valuable contributions despite the placid conditions and the absence of premier fast bowler, Dale Steyn. Steyn will undergo a fitness test on Tuesday to determine his availability for the final match starting on Thursday.

Du Plessis added: "Morne (Morkel) has always played the support role and I've found that since Dale hasn't been there he has stepped up magnificently.

"I didn't even know he had that much skill with a reverse-swinging ball, you expect that from Dale, but for Morne to do that consistently was exceptional.

"It’s great for KG (Rabada) as well to bowl with a reverse-swinging ball upfront, he has improved as well with his control and temperament."