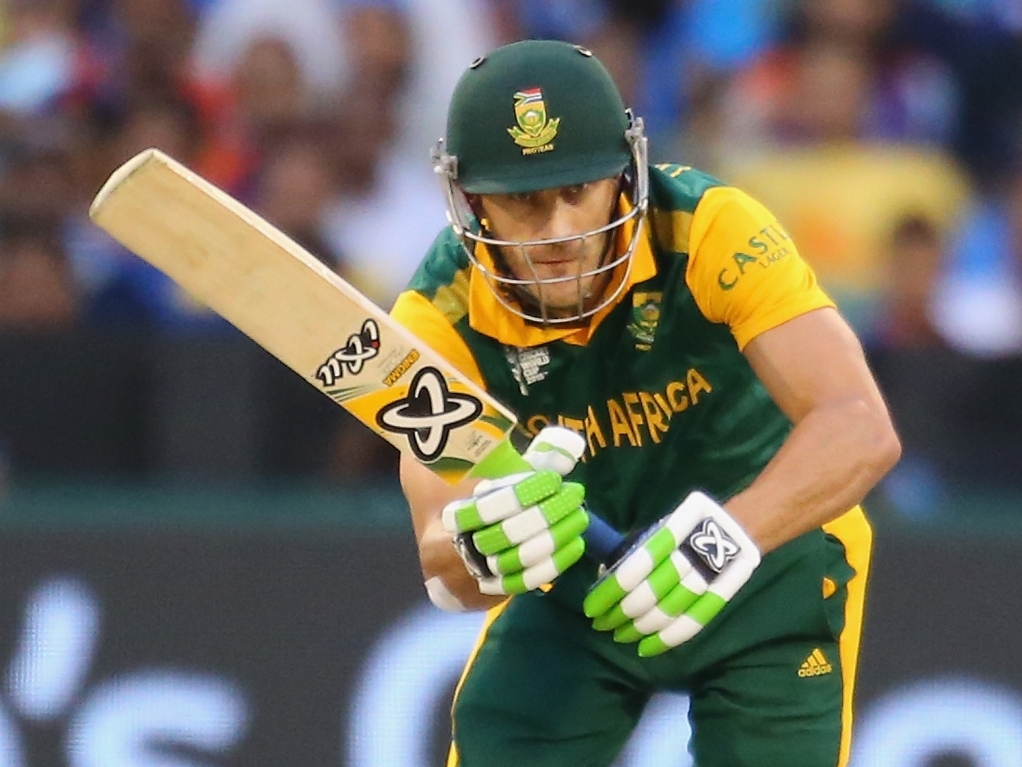 South Africa batsman Faf du Plessis will most likely miss the three-match ODI series against New Zealand, starting in Centurion on Wednesday, as he has not yet recovered from the injury that saw him miss both T20s against the Black Caps.

According to Proteas coach Russell Domingo, an extra batsman will be called into the squad as cover with Farhaan Behardien likely to replace Du Plessis in the starting team.

Domingo said: "Faf seems to be struggling at the moment. We are considering bringing an extra batsman into the group but that batsman will be a stand-in in case someone else gets injured because Farhaan was the stand-in.

"That means Farhaan will play now if Faf isn't fit and we'll probably be reshuffling our batting order."

With JP Duminy also missing the series, it will good test for the Proteas to see if they have enough depth in their batting.

Batsmen David Miller and Rilee Rossouw could now get extended runs in the side as they look to cement their places in the squad.

Domingo continued: "Not having JP and Faf available helps us with the depth in our one-day batting unit and gives a chance to guys like Farhaan, Rilee and Miller to try and fight for a position.

"But not having Faf hampers the stability of our batting line-up. Hashim (Amla) does that stabilising job and then we've got a host of guys who really look to score quickly.

"So finding the right balance between attack and defence is going to be important for us in the one-day format."