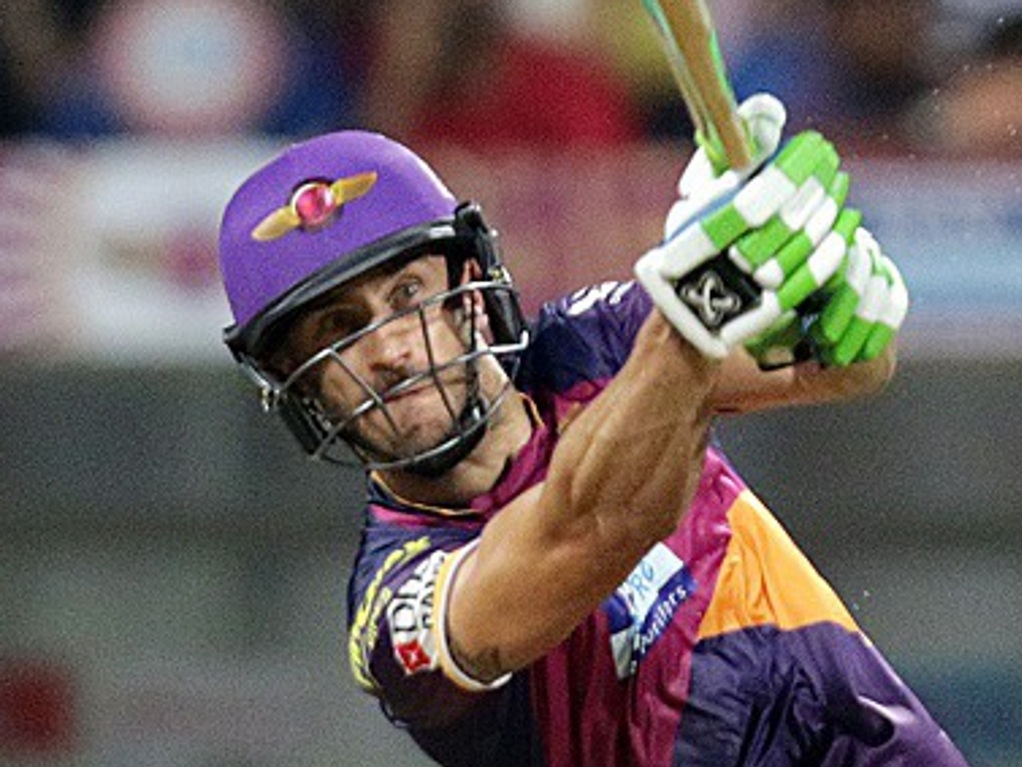 Rising Pune Supergiants recorded their first ever victory in their maiden match, beating Mumbai by nine wickets in the IPL opener, and Pune's Faf du Plessis said the pitch did the exact opposite to what everyone expected.

Given the amount of runs scored at the Wankhede in Mumbai during the recent World Twenty20, it was assumed it would be a runs fest. As such, Mumbai opted to bat first and found themselves making just 121 for eight.

Du Plessis said he was glad they lost the toss, and the Indians' batting allowed Pune to see how to go about the chase. They won with more than five overs to spare.

Du Plessis, who made 34, said after the match: "Everyone rocked up thinking it was going to be a 200-plus wicket. What we get at Wankhede is lots of runs.

"It was completely the opposite, it was a slow wicket. A good thing for us that we lost the toss. It gave us an idea how we could pace our innings."

As for his own efforts, Du Plessis praised opening partner Ajinkya Rahane for his unbeaten half ton, and said he was pleased to be at the top of the order again after coming in at three for the Proteas.

He added: "Nice to have someone who can score boundaries without taking risks.

"I found it a bit harder tonight and tried to make Rahane face as many balls. Key for us was not to lose any wicket, the only way they were going to win the game was if they got three-four wickets in the first six overs.

"The last time I opened was two-three years ago for Chennai, so it was something I really enjoyed. The make-up of our side, there are a lot of quality middle-order batsmen, and the coach and captain feel that I am best suited at the top.

"Anywhere they put me from 1-5, I'm someone who has started growing my game from different positions. Nice to get a crack at the top. It's a place I'd choose if I probably could."