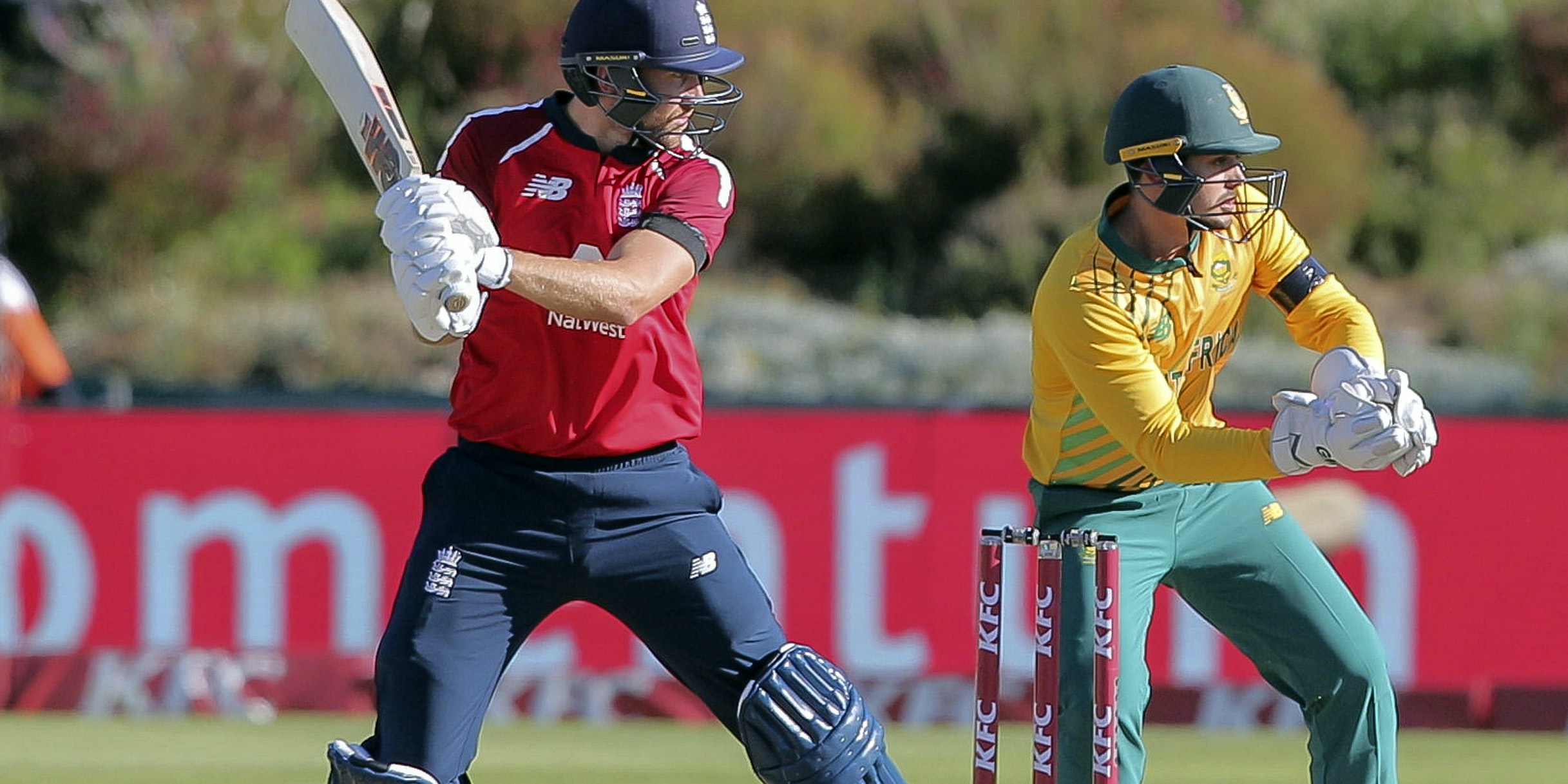 The stands might have been deserted for Dawid Malan’s homecoming heroics in Paarl, but England‘s matchwinner was able to identify a couple of friendly faces as he dragged his side to a Twenty20 series victory over South Africa.

Malan moved to the Western Cape as a child and learned his cricket at Paarl Boys’ High, going on to make his first-class debut at Boland Park just two miles away.

If that was a landmark moment in his career, his latest trip to the stadium is one that might linger just as long in the memory as his classy half-century proved the difference between the two sides and gave the tourists an unassailable 2-0 lead.

While he made 55 in 40 balls, an expertly timed knock that concluded with a brilliant 17th over raid on Lungi Ngidi, no other batsmen made more than 30 on a desperately difficult batting surface.

The ongoing absence of spectators meant Malan’s nearest and dearest were not in attendance despite their proximity – but he was not among strangers.

He said: “It’s shame there is no crowd, it would have been nice to get my parents in here, but on one side of the ground my old high school coach was one of the guys throwing balls back in and on the other side was a guy who throws balls for me when I come back over to South Africa.

“It was really nice to be back home, it’s few and far between. The last time I played here was a warm-up match and I got nought, so it was nice to get off the mark!”

He did of course, do a lot more than get off the mark. By the time he had smashed 16 runs off the first ball of Ngidi’s final over – the last six of which sailed straight and true to bring up his half-century in style – he had all but settled what became a four-wicket win.

Malan’s eighth half-century in 18 innings showed just why he is ranked as the world number one batsman in T20 internationals – but he is keeping his success well in perspective.

Asked about his status as ‘king’ of short form batting, he said: “I wouldn’t say I’m the king, there’s few kings out there – King Kohli for one – but that’s not something I worry about.

“The rankings highlight consistency and that is something I’m really proud of. But in this game if you get too far ahead of yourself it has a way of bringing you back down to earth.

“My only aim is to become a fixed position in this England team and the only way to do that is to win games of cricket.”

Willing to fight for his place

Malan’s hopes of remaining in the what is a fiercely competitive batting line-up – Joe Root, of course, cannot even crack the squad – seem to improve every time he takes the crease.

But a crucial stand with his former Middlesex team-mate and World Cup-winning captain Eoin Morgan, who saw things home with an unbeaten 29, cannot have harmed his cause.

Nodding to the Dubliner’s all powerful role in England’s white-ball set-up, Malan added: “He’s the man that matters.

“You can talk about selectors and talk about coaches but he is the man that matters in terms of who plays for his team.”

“My strengths are his weaknesses and my weaknesses are his strengths so I enjoy batting with him and we’ve had a couple of good partnerships so far.”