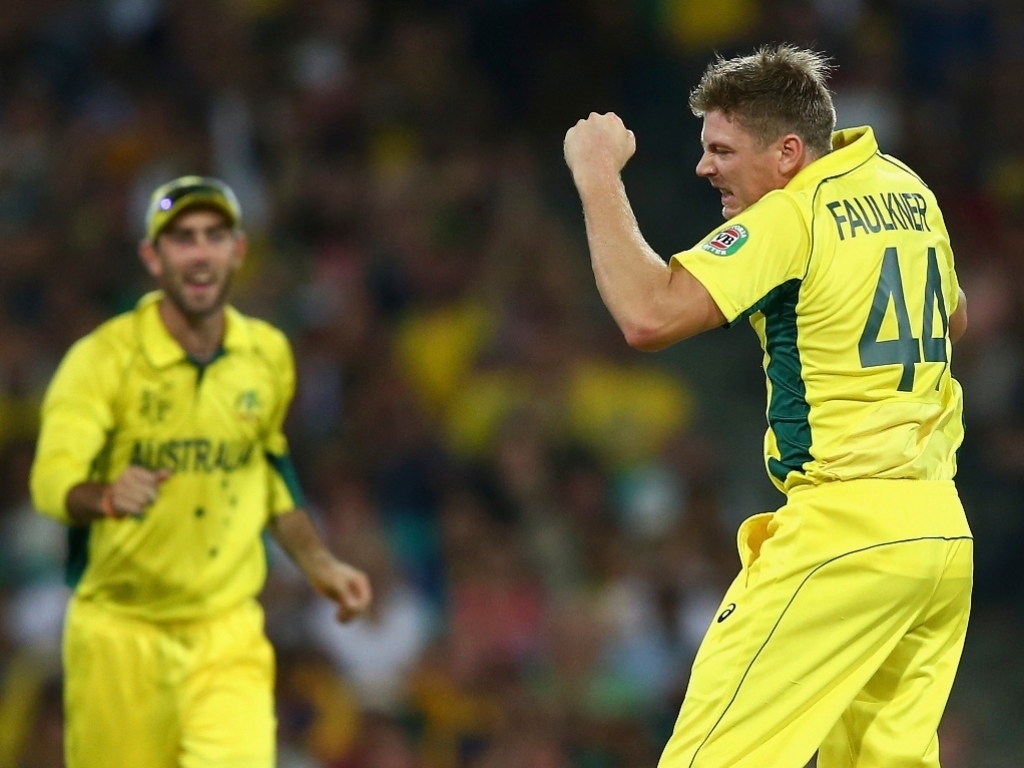 Australia all-rounder James Faulkner is expecting the tension between his side and India to be at an all time high in their semi-final in Sydney on Thursday, saying they will be 'cut-throat' in the middle.

Australia and India have been in each others' faces plenty of times in the past five months, with India arriving in November and playing a full Test series and then a tri-series, and Faulkner knows there will be a lot of verbal sparring.

Faulkner said: "I think there always is in the game, if there isn't you've got problems. It's the nature of the game, it's a semi-final, it's cut-throat.

"We have come up against them a hell of a lot over the last 12-18 months and they've spent a fair bit of time in the country. They've adapted well to the conditions.

"A lot of nerves were on show a couple of nights ago [in Adelaide] and I think that's good. Both teams are exposed and if you don't have nerves you've got issues."

The SCG deck could go either way in terms of bat or ball winning out, but Faulkner feels there should be some runs on the board, judging from past efforts at the World Cup, including South Africa's 400-plus against the West Indies.

He added: "A lot depends on the wicket. The last time we played here, the wicket was obviously very good against Sri Lanka. We made 360-odd, they made over 300. It was a great one-day wicket.

"If it's much like that, I'm expecting a lot of runs scored. If you look over the recent past, over there or here, you've seen a lot of runs.

"The wicket dictates a lot, so we'll wait and see what is come game day."