Home Countries Australia Faulkner: In T20 cricket you got to have variations

Faulkner: In T20 cricket you got to have variations 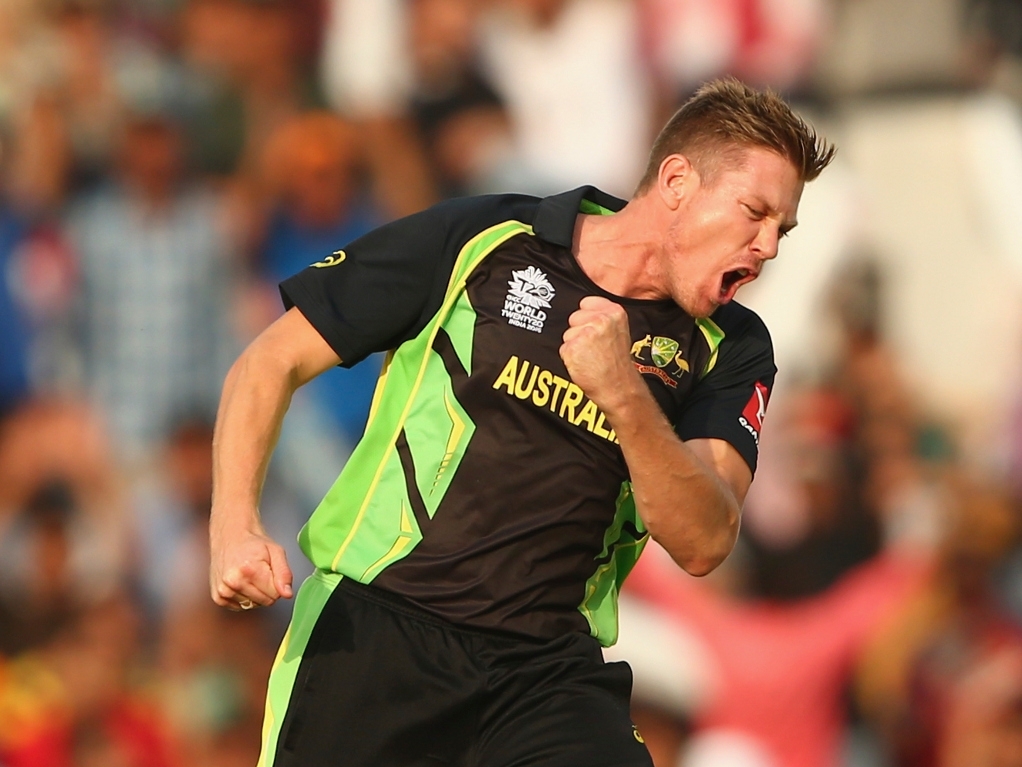 After producing Australia's best ever figures in T20I cricket, seamer James Faulkner said the key for bowlers in the shortest format is to have a few variations and execute under pressure.

A left-arm medium-pace bowler, Faulkner produced figures of five for 27 as Australia beat Pakistan by 21 runs in Mohali to keep alive their hopes of reaching the World T20 semifinals.

Faulkner told reporters at the post-match press conference: "It's pretty basic for all bowlers these days in T20 cricket.

"These days you got to have variation, change of pace, good yorkers and bouncer and if you can execute that you can make it hard for the batsman.

"We knew they were going to come hard against us, it's about holding our nerve."

Australia posted a total a formidable total of 193 for four after winning the toss and batting first, with captain Steve Smith top-scoring with an unbeaten 61 from just 43 balls.

Faulkner was full of praise of his skipper but not surprised, saying Smith is a class act and has done it before in India, in the Indian Premier League (IPL).

The 25-year-old Faulkner said: "I thought Steve batted exceptionally well today, but that's not surprised me, I have seen him play T20 cricket, obviously over here in particular with the IPL, he does it all the time, it was a class act today."

Australia and host nation India will now face off on Sunday, also in Mohali, to see who will make it to the semifinals of the World T20.